There's no shortage of technology companies on Wall Street, but it can be hard to nail down which companies are the best long-term bets when there are so many to choose from. Even if you find a company you like, it can be hard to know when it's the right time to invest.

To help you find great tech stocks that you should consider buying right now, we asked three Motley Fool contributors for their top tech stock picks. They came back with Atlassian (TEAM 7.54%), Okta (OKTA 5.41%), and PayPal Holdings (PYPL 5.31%). Read on to find out more. 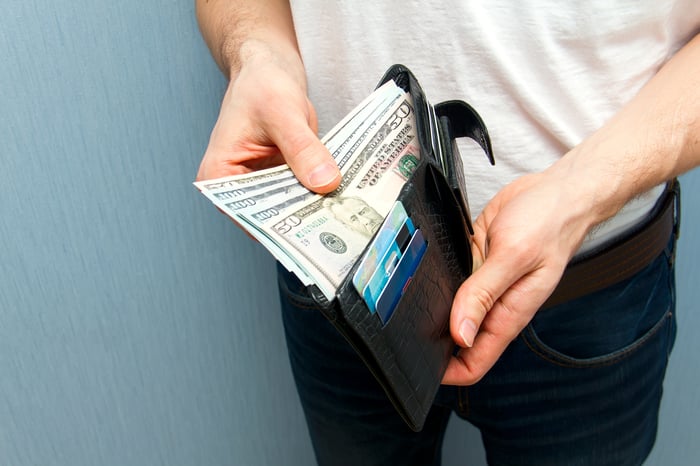 Todd Campbell (Atlassian): I admit it. I'm a sucker for fast-growing companies like Atlassian that are already turning a profit.

In fact, I'm disappointed it's taken me so long to come around to recommending Atlassian. The company's been one of the market's top-performing stocks, yet its top- and bottom-line growth suggest that it may still only be early innings for it.

Atlassian's wheelhouse is collaboration software, and its revenue and profitability benefit from a margin-friendly, subscription business model. In its recently reported fiscal second quarter, revenue jumped 43% year over year to $212.6 million, and leveraging sales growth against fixed costs translated into adjusted net income of $31 million, up from $21.7 million last year. On a per-share basis, that works out to $0.13 in fiscal Q2, up from $0.09 one year ago.

Overall, I don't dismiss that this stock's valuation has gotten rich, but as a long-term investor, I'm not that worried about its current valuation given the opportunities for this company to grow. It added 4,825 new customers globally last quarter, bringing its customer count to over 112,000, which is more than double its customer count two years ago. Its goal is to serve the entire Fortune 5,000, and as its customer count increases and cross-selling grows those relationships, I expect sales and earnings upside will eventually trump worry over its high P/E ratio.

Jeremy Bowman (Okta): Everybody knows the FAANG stocks by now, and there's been no shortage of opportunities with tech stocks as the Nasdaq jumped 28% last year compared to a 19% increase in S&P 500.

But if you're looking for an under-the-radar stock that has the potential to deliver big returns, Okta fits the bill. If you've ever gotten frustrated with internet passwords, you can see why Okta is only becoming more important. The company is the leading independent provider of what it calls "identity for the enterprise," or ensuring secure connections to the internet and other tech platforms. With its trademark product, the Okta Identity Cloud, the company is sitting on two big long-term trends in tech, the cloud and cybersecurity, and as its Identity Cloud gets bigger, the company will increasingly benefit from network effects.

The company was founded in 2009, went public last year, and now has more than two million daily users, which include individuals in companies like 20th Century Fox, Adobe, and Linkedin, as well as universities, non-profits, and government agencies.

Okta is not yet profiable, but revenue has been growing briskly as sales more than doubled in fiscal 2016 and jumped another 87% in fiscal 2017. In its most recent quarter, revenue increased 61%, and free cash flow margins are improving. Okta has also beat analyst earnings estimates in all three of its reports as a publicly traded company.

With hacking and security breaches a fact of modern digital life, Okta's relevance should only grow as the need for cybersecurity does as well. The identity security specialist should have a long tail of growth ahead of it.

Chris Neiger (PayPal): It's hard not to get excited about the direction PayPal is heading in. The company is, of course, a leader in online digital payment processing, but it's also a financially strong company that's made huge moves in the peer-to-peer payment market as well.

The company ended its third quarter of 2017 with 8.2 million more active accounts (with 218 million total now) and increased sales by 21%. The quarter marked consistent growth for PayPal's top line and added to the company's already-fantastic balance sheet of no debt and about $10 billion in cash. To top it all off, PayPal beat Wall Street's consensus earnings estimates three times in 2017.

PayPal's done a fantastic job of building out new partnerships on its platform, which has helped lead to its growth. For example, the company's partnership with Facebook allows social media users to send payments to each other through Facebook Messenger.

But it's the company's opportunities in peer-to-peer (P2P) payments that are the most exciting right now. PayPal bought the popular social payment company Venmo back in 2015, and over the past 12 months ending in September, Venmo used the app to send $30 billion in payments, a jump of 106% year over year. That's great news for PayPal considering that the mobile P2P payments market will worth an estimated $244 billion in just three years, up from $120 billion last year.

The company is starting to monetize Venmo by allowing users to pay a small fee to get their funds faster, and by charging merchants for Venmo transactions. PayPal's growth from its core payment processing business, along with its opportunities from Venmo, make the company a top tech stock to consider right now. With all of those prospects -- and a great balance sheet -- PayPal looks like a great tech stock with long-term potential.