Stocks go up and down, but recently, they mostly have just gone up. If you invested in the S&P 500 any time after Nov. 7, 2016, your investments would have never fallen by more than 3% from an all-time high.

It's the longest winning streak on record, according to data shared by @CharlieBilello. It's been more than 300 trading days since the last 3% "mini-correction," and investors have enjoyed 10 straight months of gains without even the hint of the risk that comes with investing in stocks. 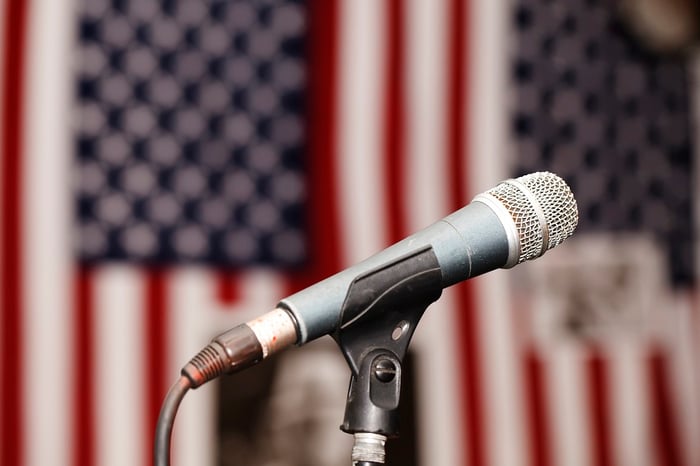 Stocks rarely go up in a straight line. A 3% drop in stocks is routine. In fact, about once every 11 months, on average, stocks actually plunge by 10% or more from their relative peak. Despite this, we've seen nearly 11 months where stocks have never been more than 3% lower from an all time high.

Donald Trump takes frequent victory laps about stock market returns since he won the presidential election in 2016, taking to Twitter to tout how his administration is helping drive stocks to new all-time highs.

And as much as I may hate to say it -- attributing stock performance to presidents is generally dubious, especially in the first year of a four-year term -- some of the GOP's policies are good for business and the stock market, as a whole.

Unprecedented success for our Country, in so many ways, since the Election. Record Stock Market, Strong on Military, Crime, Borders, & ISIS, Judicial Strength & Numbers, Lowest Unemployment for Women & ALL, Massive Tax Cuts, end of Individual Mandate-and so much more. Big 2018!

There's reason for recent calm in the market. Consider that, after the election, small-cap stocks soared, as investors (correctly) believed that Trump would lead the effort to cut corporate taxes. In December 2017, Trump and a GOP-controlled Congress delivered on that promise, while cutting taxes for most households, too.

Tax cuts are a boon for business, though smaller companies are broadly expected to save more from the tax cut than larger companies, which earn more of their income overseas. A recent report by Bloomberg suggests that, of large S&P 500 companies that have shared tax guidance for 2018, the average expects to see their tax rate decline by 5 percentage points in 2018 compared to 2017, even though the statutory rate declined by 14 percentage points from 35% to 21%.

Likewise, banks and other financials got off to a quick start following the 2016 election results, as Trump's proposed policies of slashing taxes and spending on infrastructure were seen as inflationary -- the kind of developments that would drive up long-term interest rates and, thus, financial-industry profits.

Ten-year U.S. Treasury yields moved up after Trump's election, and have never fallen below where they were before his election win, resulting in what the market called a "Trump Bump" in bank stocks. Financials currently make up about 17% of the S&P 500's value, so a boon for banks is a boost for the market, as a whole.

Word of the year: Euphoria

While inflationary fiscal policies underlie stock gains, many have described the current stock market as "euphoric." Some say that investors are complacent, seeing stocks as an almost certain way to make money over almost any time horizon. In other words, some feel stocks are going up because investors believe they can only go up.

Understandably, it's hard not to be excited about the stock market. The S&P 500 has gained in 14 of the last 15 years. Online discount brokers report their clients are more bullish than ever, holding less cash in their brokerage accounts relative to historic experience, while margin loans reach new highs.

The VIX index, commonly referred to as the "fear index," spent much of 2017 sitting near all-time lows, and as the Wall Street Journal wrote last year, mom and pop investors who have no business playing with the VIX are actively shorting it as a way to generate market-beating returns. (To put it in very simple terms, think of this short VIX strategy as equivalent to using a lot of leverage -- borrowed money -- to invest in an S&P 500 index fund.)

Meanwhile, companies with questionable prospects are soaring after adding "blockchain" to their name, reviving a dot com-era trick in which companies renamed themselves to the buzzwords of the day to get an immediate boost to their share price. It's gotten so bad that Securities and Exchange Commission Chairman Jay Clayton just gave a speech in which he basically said, "stop putting 'blockchain' in your corporate name," albeit in a less obvious way.

Taken together, these behaviors -- holding less cash, chasing higher returns with complex derivatives bets, and a boom in bad corporate behavior -- are more closely related to stock market peaks than bottoms, and certainly seem to point to euphoria among investors.

Can you handle the next correction?

The truth is that no one knows where the economy, or stock prices, will go from here, but one thing is certain: Stock prices won't go up forever. A decline of 10%, if not more, is certain to occur, even if it's only temporary.

Remember, it doesn't take a recession, and certainly not a 2008-style recession, for stock prices to drop. A 10% stock market correction happens about once every 11 months, on average, but recessions obviously occur much less often than that.

Personally, I've locked in some of my gains by decreasing my investments in stocks and increasing my investments in ultra-safe, almost cash-like bonds. It's not because I believe a stock market correction will necessarily begin tomorrow, but because I'll admit I was catching the euphoria bug, getting way too excited about the "free money" I had made investing in stocks that were only going up and up.

That was an eye-opening realization, a clear indication that I had let my mix of risky and safer assets get out of whack. (Left unchecked, it's only a matter of time until even a conservative 50-50 stock and bond portfolio will grow into something more like a 90-10 mix of stocks and bonds, given that stocks tend to outperform bonds over the long haul.)

If portfolio gains could make me feel that good about investing in stocks, just how bad would I feel when my portfolio starts to go down rather than up? I think that's a question that everyone should be asking themselves right now.