Shares of Eastman Kodak Company (NYSE:KODK) are plunging by more than 15% as of 1:30 p.m. EST Wednesday on news that the initial coin offering (ICO) of the company's digital currency, KODAKCoin, would be postponed. The delay is a tough pill to swallow for shareholders who viewed the cryptocurrency as a way to revive the 130-year-old photography brand.

The KODAKCoin ICO was initially expected to take place at 6 p.m. EST today, but its launch could now be delayed for several weeks. The KODAKCoin website said that "over 40,000 potential investors" expressed an interest in buying the coin. The company is now moving into the verification phase to ensure that would-be coin buyers are qualified to buy its digital currency. 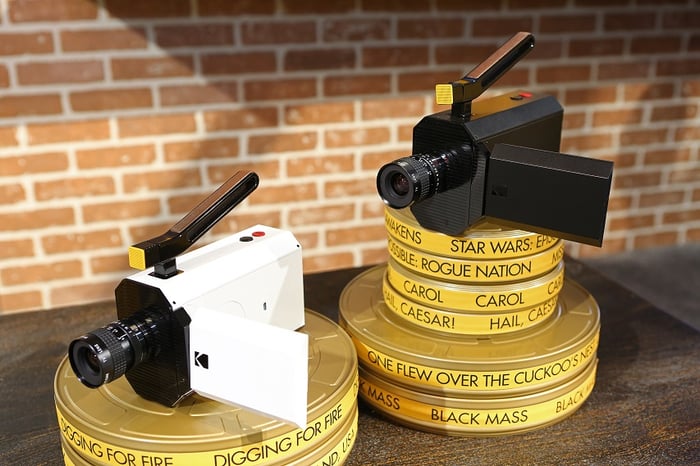 Under the current regulatory framework, only accredited investors can invest in KODAKCoin's ICO. To attain the status of an accredited investor, a person (or couple) must have a net worth of more than $1 million. Alternatively, one can meet the requirements by having earned personal annual income of more than $200,000 (or more than $300,000 for couples) over the past two years, with the expectation to exceed the same income thresholds in the current year.

The delayed ICO comes as the Securities and Exchange Commission filed a suit to halt a $600 million ICO by a company known as AriseBank. The SEC took issue with the fact that AriseBank's ICO was not registered with the regulator, and that the company allegedly made several false statements, including that it owned an FDIC-insured bank, when in reality it never purchased such a banking institution.

The regulator has issued several warning shots at issuers of digital currencies, most notably in a recent speech by its chairman, Jay Clayton, who identified cryptocurrencies as an area where market professionals were not acting responsibly or holding themselves to high standards.

The SEC previously issued guidance on how companies could verify that an investor is indeed an accredited investor, suggesting reviews of IRS forms or documentation evidencing the investor's net worth as potential steps in the verification process, according to a white paper by law firm Andrews Kurth Kenyon.

Verifying the tax returns or balance sheets of thousands of investors would naturally take a lot of time should Kodak go down that path. KODAKCoin had an initial fundraising goal of $20 million, relative pocket change compared to other larger ICOs and to the purported 40,000 investors who expressed an interest in buying it. But in light of increased regulatory scrutiny, Kodak has every reason to check all the boxes to ensure its launch goes off without additional hiccups.

At this time, it doesn't appear as if Eastman Kodak is throwing in the towel on an ICO altogether, but shareholders aren't eager to wait and see what ultimately comes of KODAKCoin. Euphoria for all things crypto-related has cooled since Kodak announced its plan to create its own coin, which may result in weaker investor appetite for yet another ICO.