It was a loaded holiday quarter for the "Call of Duty" maker, with new games and content to keep gamers occupied.

Top video game maker Activision Blizzard (ATVI -1.09%) will report its fourth-quarter earnings on Feb. 8 after market close. It's the most important quarter of the year, so investors will most want to know how well recent blockbuster releases of Destiny 2 and Call of Duty: WWII performed.

Here's everything investors need to know. 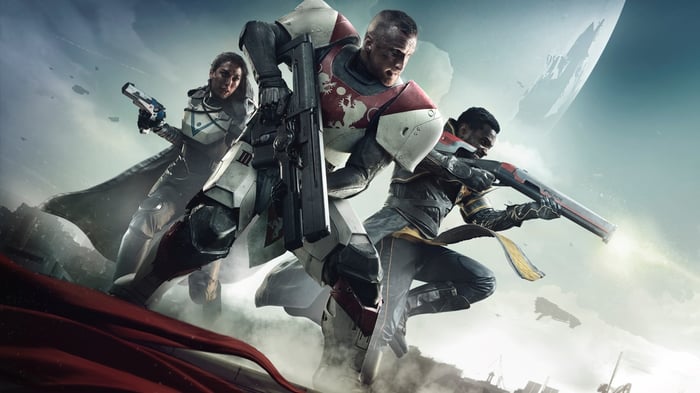 Management is calling for GAAP revenue to be down 15% year over year to $1.7 billion. This is expected to translate to GAAP earnings per share of $0.10, down from the year-ago quarter's $0.33 per share.

In the short term, the stock is likely going to react more to how well the company performed relative to the consensus analyst estimate. On a non-GAAP basis, analysts expect the company to report $2.52 billion in revenue, which is up 2.8% over the year-ago figure. For earnings, analysts expect the game maker to report $0.92 per share, which is flat compared to the year-ago quarter.

Activision Blizzard had a big autumn, with major releases on console of Destiny 2 and Call of Duty: WWII. In October, Destiny 2 released on PC, marking the debut of that franchise on PC. There was also plenty of in-game content released across Overwatch, Destiny 2, Hearthstone, and game developer King's mobile titles.

Given everything the company had going on during the quarter, both guidance and analyst estimates might look surprisingly low. Keep in mind that game companies are going through a digital transition where digital unit sales are displacing physical unit sales. That is contributing to lower year-to-year revenue growth.

As for the bottom line, don't be surprised if Activision beats expectations. Management has a history of underpromising and overdelivering. Even Wall Street analysts have had a hard time keeping up with Activision's momentum. The game maker has handily beat Wall Street's expectations the last four quarters in a row, and management has raised its outlook every quarter in 2017 based on better-than-expected results.

Key games and metrics to watch

One of the most important metrics for video game companies is player engagement, or hours spent in the game. If these numbers are strong, management will almost certainly cite them on the conference call for specific titles.

But it's not about hours; it's about money. The strategy is to convert those hours to sales of in-game content, which made up about two-thirds of the game maker's total revenue over the last two quarters.

As for new-game sales, investors will want to hear how well Call of Duty: WWII finished the year, after a strong start in November.

In addition, Destiny 2's launch on PC in October was a big deal, which sets up that franchise to post strong growth as it reaches a whole new audience. The company followed up the PC launch with new in-game content in December.

However, that new content release for Destiny 2 could be good or bad. Some gamers have voiced criticism over the company's handling of in-game content access. It's the type of criticism we've seen more of lately from gaming community members, who don't like finding out they have to pay for content that they expect to be able to unlock for free.

Activision has addressed the issue, and the outrage seems to have quieted down. But we'll learn to what extent this impacted player engagement during the company's fourth-quarter conference call. All in all, Destiny 2's issues don't seem to be anything like the bucket of hot coals dropped onto Electronic Arts' Star Wars: Battlefront 2.

Overwatch reached more than 35 million registered players toward the end of the year, and investors will definitely want to tune in to listen to management's comments about growth initiatives with this important franchise. Overwatch League just got underway on Jan. 10, and viewership looks good out of the gate. Blizzard has signed up a few big sponsors in Toyota Motors, T-Mobile, and Sour Patch Kids to go along with HP and Intel.

As for Overwatch player engagement, time spent in the game should be up for the quarter as there were two seasonal events during the quarter -- Halloween Terror and Winter Wonderland.

Also, listen for comments centering around King's mobile games. This is a very profitable business for the company, since King generated 46% of Activision Blizzard's trailing-12-month operating income. King is coming off a strong quarter in which it was the No. 1 mobile publisher in Q3 and recorded its highest mobile gross bookings.

Whether the quarter was overwhelmingly strong or weak, investors shouldn't dwell on one quarter's performance. It's all about the long term, and Activision is entering an important year that will lay the foundation for several future growth opportunities across esports, consumer products, and in-game advertising.

Given all of these opportunities, I will be most interested in what management has to say about expectations for 2018 and beyond.