Please ensure Javascript is enabled for purposes of website accessibility
Log In Help Join The Motley Fool
Free Article Join Over 1 Million Premium Members And Get More In-Depth Stock Guidance and Research
By Lee Samaha - Feb 5, 2018 at 7:24AM

Strong guidance for 2018 helped confirm that prospects look good for the aerospace leader.

Aviation giant The Boeing Company (BA 5.64%) stock surged 20.2% in January, according to data from S&P Global Market Intelligence. The increase comes on the back of an 89% rise in 2017 where everything seemed to go right for the company.

Turning to January, there probably wasn't one single catalyst for the move, but rather a case of growing realization that the aerospace cycle and Boeing's earnings and cash flow growth have legs. Moreover, the fourth-quarter results and guidance for 2018 merely strengthened the case. 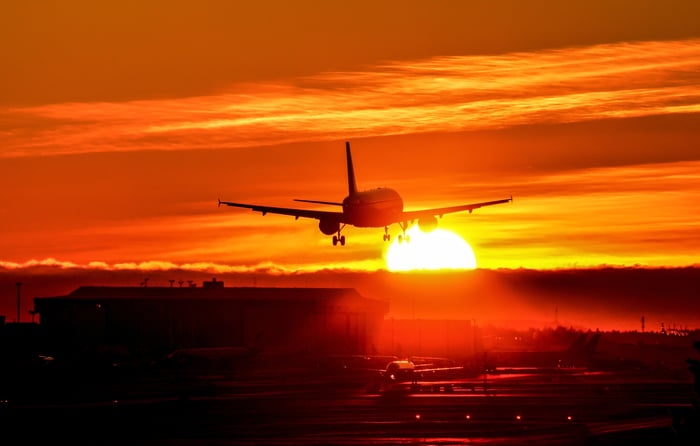 A quick look at Boeing's guidance for 2018 shows how earnings and cash flow are set to improve, even as capital expenditures are being ramped to support growth. Of course, Boeing isn't alone in benefiting from a strong aerospace cycle as companies like Hexcel Corporation look set to grow strongly as well.

The strength in airplane orders and Boeing guidance demonstrate how the company can leverage strong end-market demand -- ultimately guided by commercial passenger growth and defense spending -- into increased profit growth through revenue and margin expansion.

All told, Boeing expects to see ongoing margin expansion in all three of its major business segments.

Boeing's stock is being propelled higher based on its future growth prospects, and, in particular, the opportunity to expand margin as production ramps in response to strong growth in orders and backlog. Clearly, what Boeing needs to do internally is successfully increase production on the 737 and 787 while winning some new orders on the current 777.

Meanwhile, ongoing strength in the economy leading to passenger traffic growth coupled with a pickup in cargo growth should lead to improved airline profitability and ultimately more orders at Boeing.