Please ensure Javascript is enabled for purposes of website accessibility
Log In Help Join The Motley Fool
Free Article Join Over 1 Million Premium Members And Get More In-Depth Stock Guidance and Research
By Scott Levine - Updated Feb 6, 2018 at 8:48AM

The decline follows a report from Spruce Point Capital that cast a critical eye on the company and assigned a long-term price target for the stock of $1.15 to $2.50. Through 2017, Ballard's stock had risen 167%, ending the year at $4.41. 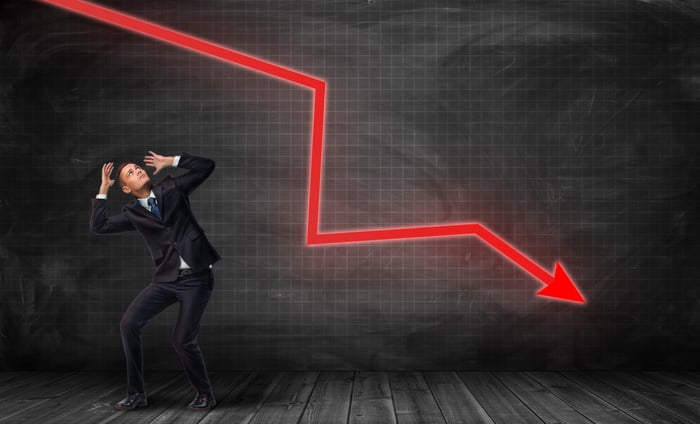 Ballard has high hopes for its success in the Chinese market -- by providing solutions to bus and truck manufacturers -- over the next several years. In fiscal 2016, for example, the company attributed 39% of its revenue to sales there, and forecasts that it will contribute 45% to its top line in fiscal 2020. However, it's less optimistic about success in other markets, guiding for sales in North America (its second-largest source of revenue) to remain stagnant at 33% from fiscal 2016 to fiscal 2020 and sales in Europe to slide from 22% to 18% during the same period.

Spruce Capital's bearish outlook on Ballard is largely predicated on skepticism regarding the company's success in China. Although it has made inroads in providing its solutions to the heavy-duty motive market there, Spruce Capital contends that "it still remains highly uncertain if China will develop the fuel cell vehicle market beyond an experimental phase." Moreover, it argues that it has "conducted on the ground due diligence in China and believe[s] that Ballard's Chinese growth ambitions are likely to fail from weak partnerships with Broad Ocean and Synergy."

Following the release of Spruce Capital's report, Ballard published a response on its website to assuage investors' concerns. It urged shareholders to be skeptical, reminding them that Spruce Capital, which maintains a short position, stands to profit if Ballard's stock falters.

Oftentimes, when Wall Street becomes bearish about a stock, investors on Main Street are frightened. So, the sell-off is no surprise. The critical report, though, comes with an important caveat: Spruce Capital would benefit from the stock's decline.

Investors still have good reason to be cautious about Ballard Power's position. According to the company, the adoption of fuel cell solutions in the U.S. and Europe is unlikely to grow. The enthusiasm for fuel cell solutions in China may also be a temporary phenomenon. Even if Ballard succeeds in convincing these markets to adopt its hydrogen-based solutions, there's no guarantee that it will succeed at making this a profitable endeavor. In light of the significant uncertainty that Ballard faces, this stock should remain solely on the radars of the most risk-tolerant investors.