AT&T's financial outlook for 2018 is strong, but what about its operations?

AT&T (T 0.05%) released a surprising outlook for 2018 along with its fourth-quarter earnings results.

The company expects earnings per share of $3.50 and capital expenditures of $25 billion, resulting in free cash flow of about $21 billion for the year. All three of those numbers represent significant increases from 2017, and the latter two would be records for the company.

But AT&T still faces considerable challenges in its two main industries: wireless and cable television. Fierce competition in wireless is making it harder to add more customers and reducing how profitable they are. Meanwhile, cord cutting is eating into television subscriptions, and AT&T is replacing legacy video customers with less profitable streaming customers.

Those trends seem to contradict the extremely positive outlook from AT&T. So investors might be asking whether 2018 will really be AT&T's best year yet. 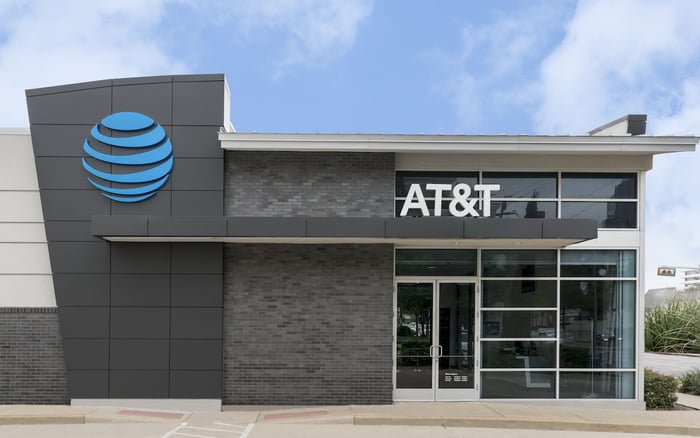 While the $3.50 in adjusted EPS guidance for 2018 might look impressive at first glance, it's important to unpack what all goes into that. CFO John Stephens provided investors with all the puts and takes surrounding the number.

By far the biggest impact on EPS for 2018 is the changes to the United States tax code, which will lower AT&T's effective tax rate to about 23%. Stephens estimates this change alone will produce $0.45 in additional earnings per share even after accounting for $1 billion in incremental investments spurred by the tax code. He also estimates the tax code will increase operating cash flow by $3 billion for the year.

In addition, AT&T won the FirstNet contract from the U.S. government, which will subsidize AT&T's efforts to build out a nationwide network for contacting first responders. But because of the timing of reimbursements, he expects AT&T's earnings to suffer a negative impact of about $0.05 per share.

AT&T will also see impacts from increased interest expenses as its debt continues to pile up, along with a lower-than-expected return on pension assets, reduced depreciation expenses from abandoning its copper lines, and changes in revenue recognition. Those will have a positive impact of between $0.07 and $0.12 per share.

So when you add them all up, AT&T is looking at earnings per share of between $2.98 and $3.03 after taking out all the positive and negative impacts that are unique to the situation in 2018. AT&T is also making changes to its accounting standards, which should have a positive impact on EPS as well, but Stephens didn't quantify it.

EPS in 2017 was $2.92 after accounting for the $0.13 per share in positive impact from the tax changes. So organic EPS growth is still just about 3% for next year.

AT&T surprised investors when it reported the addition of 329,000 postpaid phone subscribers. That compares well with Verizon (VZ -0.37%), which managed to add 431,000 postpaid subscribers. Verizon has seen a turnaround in subscriber growth since unveiling its unlimited plan last February, but AT&T's fortunes hadn't been as great. AT&T's comparable net additions in comparison with its largest competitor is a sign that it's starting to turn things around.

The only question is how profitable those customers are. AT&T is aggressively bundling services together to attract more wireless customers. In September, it started offering free HBO to its lower-tier unlimited data plan subscribers. AT&T already undercuts the pricing of both Verizon and T-Mobile with that plan, and it's throwing in an expensive premium cable channel as well. On top of that, customers are given a $25 discount off DIRECTV Now. AT&T's EBITDA margin for its consumer mobility segment fell to 35.1% in the fourth quarter, down from 36.9% in 2016.

There's a lot of competitive pressure weighing on AT&T's two biggest businesses. AT&T's acquisition of Time Warner (TWX) could bolster its competitive position in the entertainment segment and possibly reduce its cost of goods sold, but at the end of the day it's still battling to keep customers from cutting the cord. Meanwhile, the bundling strategy is starting to pay off for wireless, but at significant costs. As competition continues to destroy the favorable economics AT&T's core businesses once enjoyed, it's unlikely 2018 represents the best year yet for AT&T in terms of its operations.

The tax cut is nice, though.