Please ensure Javascript is enabled for purposes of website accessibility
Log In Help Join The Motley Fool
Free Article Join Over 1 Million Premium Members And Get More In-Depth Stock Guidance and Research
By Keith Noonan, Keith Speights, and Leo Sun - Feb 8, 2018 at 6:05AM

These three income-generating stocks could strengthen the foundation of your investment portfolio.

Whether the market is flying high or going through a period of turbulence, owning a selection of income-generating stocks backed by solid businesses is one of the best ways to position your portfolio for strong performance. Stock prices will fluctuate, but great dividend stocks offer an avenue to predictable wealth generation that adds to the benefits of long-term ownership and makes it easier to weather volatility.

With that in mind, we asked three of our contributing investors to spotlight their pick for a top dividend stock to buy this month. Read on to see why think Pfizer (PFE 1.80%), IBM (IBM 0.25%), and General Motors (GM -3.08%) are top choices for income-seeking investors. 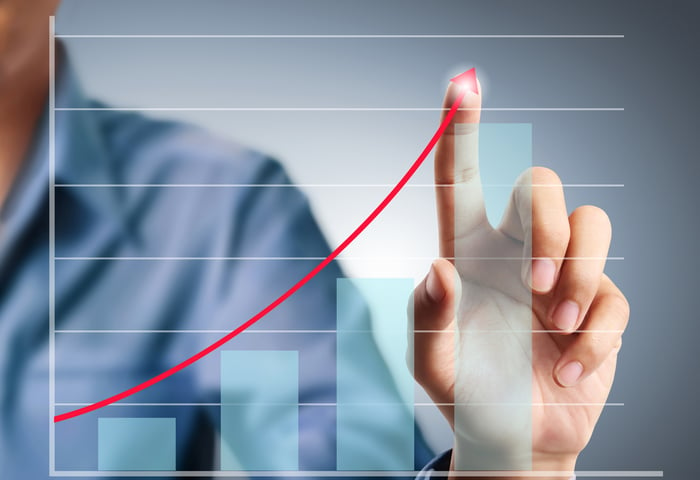 Keith Speights (Pfizer): One dividend stock that I like more in February than I did only a few weeks ago is Pfizer. Why? The big pharma company recently announced its fourth-quarter and full-year 2017 results. It's not that those results were terrific. They weren't. However, Pfizer provided guidance for 2018 that beat Wall Street estimates for both top and bottom lines.

I think Pfizer is in the early days of a turnaround of sorts. The company is slowly but surely moving past the patent cliff that slammed it a few years ago. Pfizer now has two products that rank among the best on the market in terms of sales growth -- anticoagulant Eliquis (which the company co-markets with partner Bristol-Myers Squibb (BMY -1.33%)) and cancer drug Ibrance.

Even better, Pfizer has a pretty impressive pipeline. The company expects to win regulatory approval for as many as 15 potential blockbusters over the next five years. Two of those prospects to especially watch are experimental breast cancer drug talazoparib and promising pain drug tanezumab.

And I haven't even mentioned Pfizer's dividend yet. It's an attractive one, with a current yield of 3.7%. Pfizer appears to be in solid shape to keep the dividends flowing, with dividend increases likely as well. The stock is also quite a bargain, with shares trading below 11.5 times expected earnings. In all, Pfizer looks like a great dividend stock to buy right now.

Leo Sun (IBM): IBM currently pays a forward dividend yield of 3.7%, which is more than double the S&P 500's current yield of 1.8%. That dividend is supported by a low payout ratio of 48%, and the company has raised its payout annually for over two decades.

Many investors shunned IBM over the past few years, because of the tech giant's seemingly endless streak of top-line declines. However, Big Blue recently posted its first quarter of year-over-year sales growth in nearly six years, thanks to the strength of its "strategic imperatives" businesses (cloud, analytics, mobile, security, and social).

IBM's full-year strategic imperatives revenue rose 11% to $36.5 billion in fiscal 2017 and accounted for 46% of its top line. That growth partly offset the ongoing weakness of its legacy business hardware, software, and IT services businesses. This process will take time, but analysts now expect IBM's revenue to rise more than 1% this year and for its earnings to inch up less than 1%.

Those numbers seem anemic, but they indicate that IBM is finally approaching an inflection point as its investments in higher-growth technologies pay off. Therefore, Big Blue's stock still looks like a bargain at 11 times forward earnings, and investors who buy it as an income play today could be well rewarded in both stock gains and dividends over the next few quarters.

Keith Noonan (General Motors): The market has been hesitant to embrace GM stock because of indications that the U.S. auto market is entering a cyclical downturn and threats from potentially disruptive competitors such as Tesla. However, investors don't seem to be giving GM's innovation initiatives enough credit while simultaneously overstating the risk factors that Tesla and ride-sharing services present.

While Tesla currently manufactures North America's top-selling electric vehicle, cars in GM's Bolt line claim the second- and third-place positions on the North American sales chart, and GM's production capabilities mean that it's actually in much better position to capture growth in the category as demand increases at the consumer and enterprise levels. All indications suggest that GM is also at the forefront of autonomous-vehicle technology, with the company having recently unveiled a car without a steering wheel or pedals for ride-sharing use that's on track for a 2019 debut. 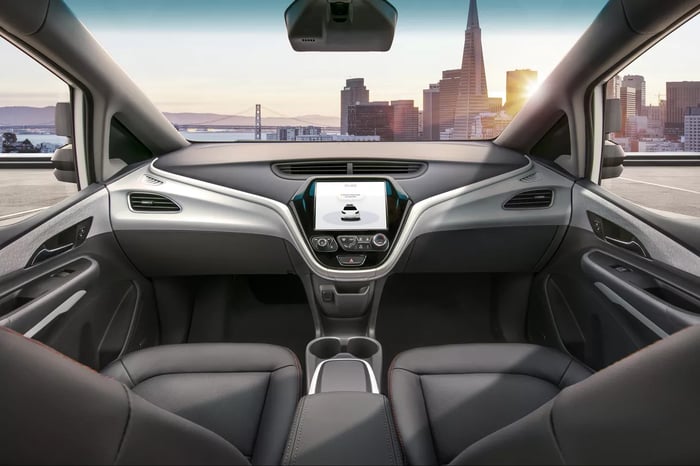 GM stock trades at roughly 6.5 times forward earnings estimates and packs an attractive returned-income component as well. Shares currently sport a 3.8% dividend yield, and while the company's history suggests that investors shouldn't bank on regular annual payout growth, GM looks to be in good shape to maintain its current payout. The cost of distributing its dividend represents roughly half of the company's trialing free cash flow, suggesting that there's still considerable room for payout growth even though it probably won't arrive on a predictable schedule.