Amazon's video success shows up in its net sales, just as management said all along.

But there are three countries where the number of users watching Prime Video outnumbers those watching Netflix: Germany, India, and Japan.

The success of video in those markets shows up in Amazon's overall sales results. Germany, Japan, and the U.K. -- another one of Amazon's four largest video markets, according to IHS Markit -- all show up as Amazon's biggest markets outside of the United States. Meanwhile, Amazon reported Prime in India had more signups in its first year than any other country. 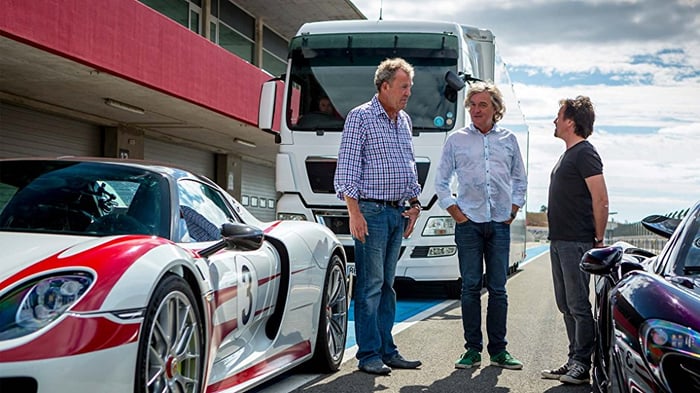 Management has told us that video is a key part to its strategy because it makes Prime members more engaged. "Prime members who watch video also spend more on Amazon," CFO Brian Olsavsky told analyst on Amazon's third-quarter earnings call. "We see the viewing patterns and we also see the sales patterns, so we can tie the two together."

Now we also have some data, and it shows a very strong correlation. About 11 million people in Germany, Japan, and the U.K. watch Prime Video, according to IHS. That compares to 30 million in the U.S. Interestingly, those three countries accounted for about one-third of the net sales of the U.S., with about one-third the video watchers.

Of course, this is just a correlation, not a causation. Amazon has had a very strong presence in those countries for several years now.

Amazon's presence in India is relatively small by comparison, despite a growing number of customers taking its Amazon Prime service and watching video. Amazon managed to attract so many subscribers with an introductory offer for a year of Prime for just 499 rupee (about $8), which is the same as the monthly subscription price for Netflix in India. Amazon has raised the price to 999 Rupee for new subscribers, but it's still a great deal considering it includes the shipping benefits of Prime at one-sixth the cost of Netflix.

The other aspect of Amazon's success with video is that it translates into more people taking Prime. "It continues to drive better conversion of free trials, higher membership renewal rates for existing subscribers, and higher overall engagement," Olsavsky said.

That means the early success of Prime Video in India should lead to strong Prime membership growth for several years in the country. Likewise for more established markets like Germany and Japan. Even the United States -- the biggest market for Prime Video -- saw a record number of new Prime memberships last year.

The value of more Prime members to Amazon's business have been expounded upon for years, so I don't need to review them here. But investors should watch for commentary surrounding international Prime member growth in the aforementioned countries any time management offers a press release or a chance to talk.

But all of this doesn't come cheap

Amazon doubled its video content spending from mid-2016 to mid-2017, and it spent an estimated $4.5 billion on video content last year, including about $300 million for content targeted toward India. That number will climb higher in 2018 as Amazon looks to invest more in video.

For reference, Netflix plans to spend between $7.5 billion and $8 billion this year on content on a profit-and-loss basis. It's even more on a cash basis as it pays upfront for original content and amortizes that cost over the useful life of the video. As a result, Netflix expects to see negative cash flow of $3 billion to $4 billion this year, up significantly from prior years.

Likewise, Amazon Prime Video is a loss maker on a stand-alone basis. Unlike Netflix, though, Amazon has a big retail business to absorb those losses. As such, investors should expect Amazon to continue closing the content spending gap between itself and Netflix. That said, it still has work to do on catching up with the quality of Netflix's originals. It's doing pretty good in some markets, and that shows up in its net sales results.