Hurricanes put most of Puerto Rico's telecommunications service out of order late last year, but it's coming back online at a rapid rate.

Now a stand-alone company, free from Liberty Global, Liberty Latin America Ltd. (LILA 0.64%)(LILAK) reported its first quarterly report on its own this week. Fourth-quarter results were hit by Hurricanes Irma and Maria, so it was a choppy quarter, to say the least.

Below is a look at the highlights from the quarter and what investors can take away from Liberty Latin America.

What happened with Liberty Latin America this quarter?

The numbers above look startling, but they need to be put into context given the impact hurricanes had on the quarter. The segment results below should put the financial impact of what happened in Puerto Rico into some perspective.

While hurricanes were a huge hit to Q4 2017, operations are starting to come back online. Management said in the conference call that billable RGUs are up to 63% of customers in Puerto Rico as of Feb. 8 and full restoration is expected by April 2018. 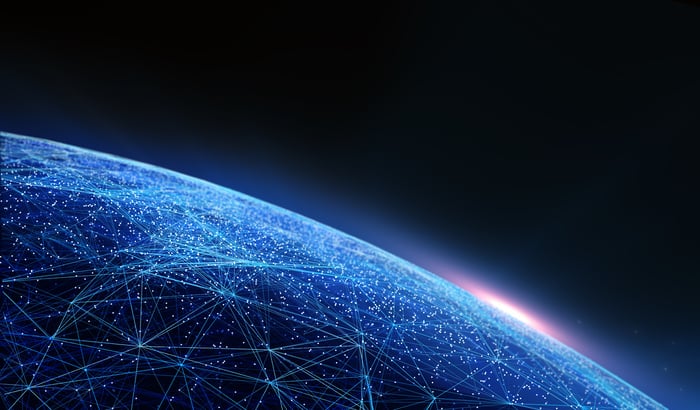 Now that Liberty Latin America is a stand-alone company, it can execute its own growth strategy. CEO Balan Nair said:

In addition to the organic growth potential in our existing markets, we also see a significant consolidation opportunity across a fragmented region where we can leverage our scale to drive synergies and improve operating performance. Our recently announced acquisition in Costa Rica is a clear example of the high quality assets available in the region and the potential for us to add value through the application of our operating model.

The Costa Rica acquisition is a $250 million purchase of 80% of Cabletica, a company that has the capability of servicing 40% of Costa Rica's homes. Look for more deals in the future.

Liberty Latin America has a tremendous opportunity to consolidate telecommunications power in the Caribbean and Latin America, especially now that it's a stand-alone company. Beyond the mixed results, that's what investors should be excited about, and 2018 should tell us a lot about how management plans to execute its expansion and consolidation plans.

Why Global Warming Is This Cable Company's Biggest Risk Factor