Telecom and media powerhouse AT&T (NYSE:T) has been under pressure to turn its business around. The company has nearly $158 billion in total debt on its balance sheet and has faced revenue headwinds in its pay-TV business and at DirecTV due to cord-cutters. The company even has an activist investor, Elliott Management, calling for it to sell some assets so it can pay down debt and improve its financial results in its core business.

It's at least in part due to all this pressure that AT&T decided this fall to sell its Puerto Rico and U.S. Virgin Islands business to Liberty Latin America (NASDAQ:LILA)(NASDAQ:LILAK). While AT&T is most likely happy to sell another non-core business -- and use the just under $2 billion it will generate to strengthen its balance sheet -- this deal could be a real winner for the buyer.

Liberty Latin America provides cable and internet services in 18 countries across the Caribbean, as well as in Puerto Rico. Therefore, there was strong strategic logic for it to acquire these AT&T assets based on their geographic overlap. It's picking up a business with 1.1 million mobile subscribers that generates $850 million in revenue and approximately $300 million in EBITDA each year.

With greater scale generally comes greater efficiencies. And Liberty Latin America believes it can achieve synergies of as much as $50 million per year through this deal. If it does, that will mean that Liberty purchased the AT&T businesses for around 5.5 times EBITDA (after synergies) -- quite the bargain for a strategic asset! 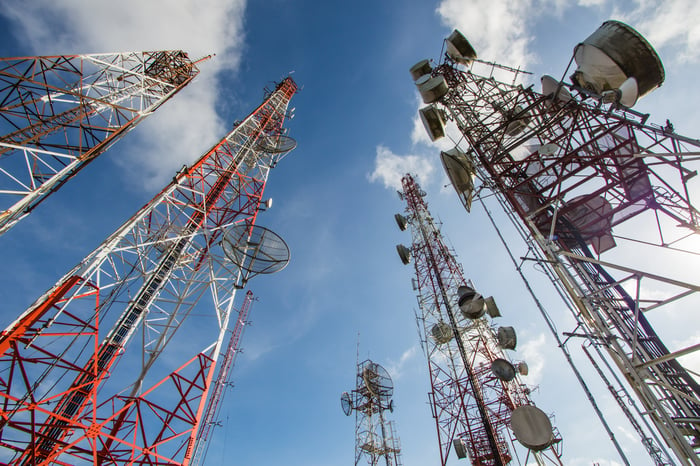 Liberty Latin America intends to cover the entire purchase with debt financing. That's a bit aggressive considering that the company already has more than $6 billion of debt outstanding. As it stands, its net-debt-to-EBITDA ratio is a little over 4.1. This additional debt is expected to bring the leverage ratio up to 4.5.

The current debt level and leverage ratio would normally be considered elevated for a telecom, and adding additional debt to make an acquisition would be viewed as a credit negative event (i.e. -- a move that existing bondholders will dislike). However, the company was able to refinance its debt while raising money for this deal, pushing out the maturity dates on existing bonds and raising more cash. As a result, Liberty Latin America's credit rating was actually upgraded.

The deal is expected to close during the second quarter of 2020, and based on the strategic logic, the low valuation multiple paid, and the debt financing, it looks like a big win for Liberty Latin America's shareholders.

This acquisition fits in well with the company's broader strategy of consolidating the Latin American cable market through deft deal-making. There are some nice growth tailwinds to take advantage of as internet penetration continues to rise in the region, and high GDP growth rates enable network operators like Liberty to show their pricing power.