Please ensure Javascript is enabled for purposes of website accessibility
Log In Help Join The Motley Fool
Free Article Join Over 1 Million Premium Members And Get More In-Depth Stock Guidance and Research
By Lee Samaha - Feb 23, 2018 at 10:15AM

One sector holds the key to the stock's upside in 2018.

The recent volatility with Caterpillar Inc.'s (CAT -1.81%) share price can cause fears that the highly cyclical stock's run is over. That may well be true, but if so, it's unlikely to be because Caterpillar's end markets have weakened. On the contrary, the industrial equipment manufacturer's fourth-quarter earnings showed a company preparing for another strong year of growth. Let's look at how and why Caterpillar is set to benefit.

The investment case behind buying Caterpillar stock in 2018 is based on the idea of an upturn in each of its three main reporting segments. 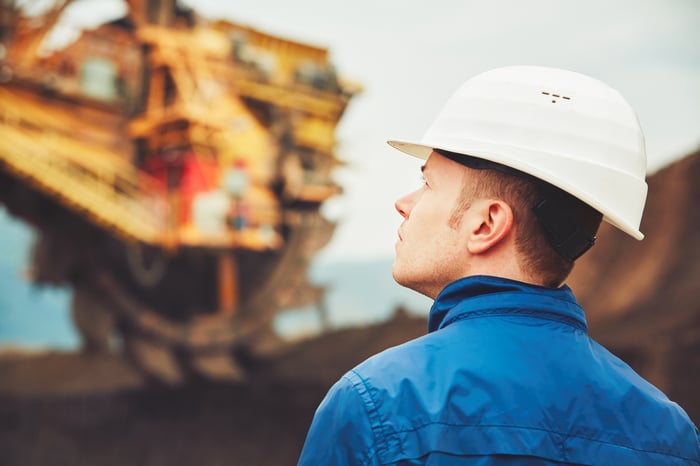 The outlook for capital spending on mining equipment is positive for Caterpillar. Image source: Getty Images.

For the construction industries segment, an improvement in U.S. GDP should help encourage ongoing strength in residential, nonresidential, and infrastructure spending. Meanwhile, Caterpillar expects "strong" growth in China in the first half but "gradual tightening to impact the second half."

In the energy and transportation segment, the ongoing recovery in oil prices should help oil and gas capital spending. To be clear, Caterpillar expects "oil prices to remain volatile" but also anticipates "continued strength in oil and gas in 2018, led by demand for onshore oil and gas equipment in North America," according to CFO Brad Halverson on the earnings call. Meanwhile, a bounce in power generation spending is expected to help even though the segment's industrial sales are expected to be flat.

Because of declining mining commodity prices, resource industries' share of equipment segment profit has been very low in recent years. It's a far cry from several years ago when mining used to be Caterpillar's most important end market. For example, in 2011, the segment contributed nearly 40% of total equipment segment profit. 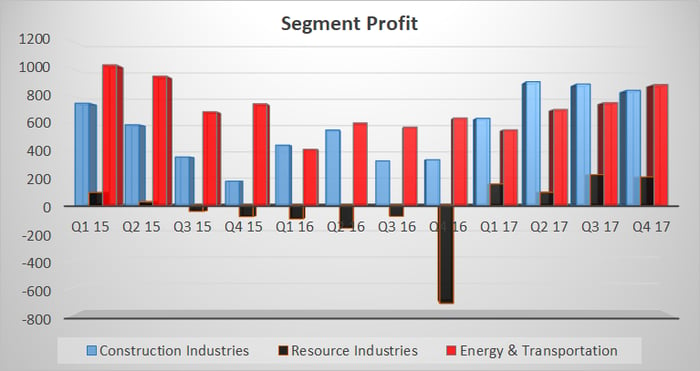 The good news is that following a few years of dramatic falls in mining capital expenditures, the outlook is a lot better. Prices of industrial metals have been in recovery mode since the start of 2016 -- and in such cases, increased capital spending usually follows. 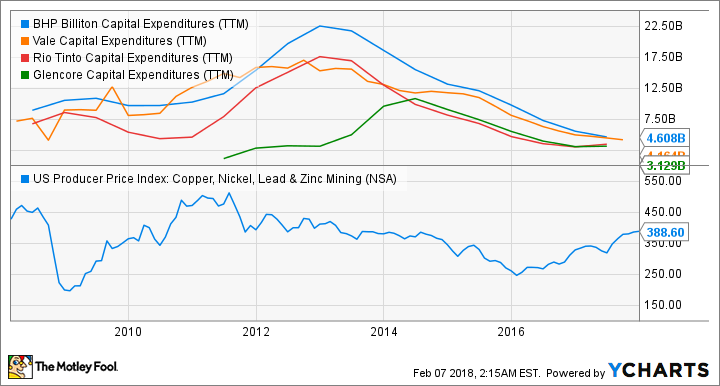 In addition, mining stocks like Rio Tinto, BHP Billiton, and Vale have surged lately as the market prices in expected improvements in U.S. GDP growth.

As for management's commentary, Halverson stated: "We believe most miners have returned to profitability, and we expect their capital spending to increase in 2018, with a growing share spent on sustaining capital expenditures."

In fact, conditions are already starting to improve, with resource industries reporting "the strongest quarter for sales to users in over two years." Meanwhile, "Aftermarket parts demand remained high" and "dealer inventory was about flat" -- bullish for Caterpillar's sales, as end-user demand is increasing and Halverson says dealer inventories are "lean."

Unfortunately, management didn't break out guidance in terms of segment, but you can bet that a large part of the increase is expected to come from the mining industry.