Please ensure Javascript is enabled for purposes of website accessibility
Log In Help Join The Motley Fool
Free Article Join Over 1 Million Premium Members And Get More In-Depth Stock Guidance and Research
By Chris Neiger - Feb 24, 2018 at 9:36AM

These companies know exactly what they're doing.

Plenty of stocks are doing well in the stock market, but it can be hard to find a company that's performing well now and positioning itself to grow over the long term. So to help you narrow down your search for a great company to invest in right now -- one that's also worth holding on to for years to come -- check out why Netflix (NFLX 5.03%), Apple (AAPL 2.45%), and Okta (OKTA 8.41%) should top your list. 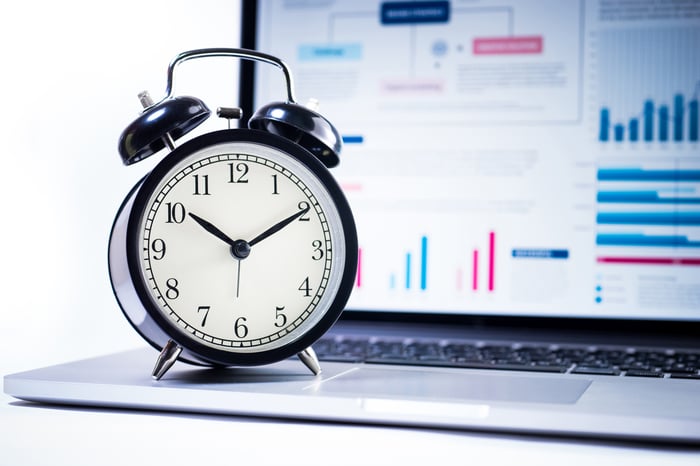 A new chapter at Netflix is just beginning

If you don't own shares of Netflix, it's easy to think you've already missed the boat. But you'd have to overlook the company's vast international opportunity to think this company is done growing.

That's important to note, because the company's domestic customers have a contributing margin of 34% -- more than double what it was just two years ago -- but its international customers' contributing margin is only 8.7%. As Netflix incrementally increases prices overseas, as it's done in the U.S., those international margins will start getting bigger and bring in more profit. Netflix is already a must-have service for many in the U.S., and story is only just beginning for the company around the globe.

A cybersecurity play for the future

Okta may seem a little of out of its league when it's listed next to Apple and Netflix, but don't overlook this cybersecurity niche play. Okta is leading the way in what's called identity and access management (IAM), which allows companies to control what its employees have access to. Think of it as the management system for everything from passwords to profiles to even hardware access.

The global IAM market is expected to be worth nearly $21 billion by 2022, and Okta is quickly becoming the go-to company in this segment. Forrester Research puts the company at the top of the list for the identity-as-a-service market, and Gartner lists Okta as one of the primary leaders in IAM.

The company increased its top line by 61% in the third quarter, and subscription revenue jumped by 64%, year over year. The company works with all companies, both big and small, but has been able to grow its sales from more lucrative large companies lately. Okta's large customers (those with at least $100,000 in annual recurring revenue) jumped by more than 50% in the most recent quarter.

Investors will have to wait for the profits from Okta, as the company is currently spending its money to grow its business, but early investors are likely to be pleased with the results.

The iPhone maker is nowhere near done

Some believe Apple's best days are behind it, and they might even point to the most recent quarter as proof. iPhone unit sales slipped by 1% year over year in the company's fiscal first quarter of 2018.

While the iPhone grabbed much of the attention in the first quarter, Apple was able to grow sales from its services segment (including Apple Music, the App Store, Apple Pay) by 18%. Apple knows just like all other mobile companies that it's going to get increasingly harder to persuade users to upgrade their devices each year, and that subscription and other services revenue will help drive the company's top line in the future. The current growth means Apple is already performing well in this category, and services revenue now accounts for 10% of the company's total sales.

If you're tempted to think Apple is done innovating, remember that the company's $285 billion in cash can buy a whole lot of innovation if need be. Apple may move slower than some companies, but it has the resources, talent, leadership, and cash to still make tech waves aplenty. If you're still not a believer, consider that Warren Buffett's Berkshire Hathaway bought an additional 31 million shares of Apple in the last three months of 2017.

While investors may want to consider buying shares of these companies now, remember that it's best to hold on to these stocks for several years, or more, to see significant gains. Apple and Netflix have seen their share prices rise dramatically over the past few years, but you'll need to be patient to experience the full potential of these companies.