Subscribers continue to drift out of the pay-TV industry, but Discovery (NASDAQ:DISCK) is doing its best to adjust to that weak sales environment. The network this week announced fourth-quarter results that, despite a massive one-time goodwill charge, showed healthy growth in both its U.S. and international segments. Discovery also passed an important milestone in moving its merger with Scripps Networks Interactive (NASDAQ:SNI) through the regulatory process.

More on that acquisition in a moment. But first, here's a look at how the headline numbers compared to the prior-year period:

Discovery's pool of cable subscribers shrank at the same painful rate during the prior quarter. However, those losses were more than offset by higher advertising prices and increased distribution fees. 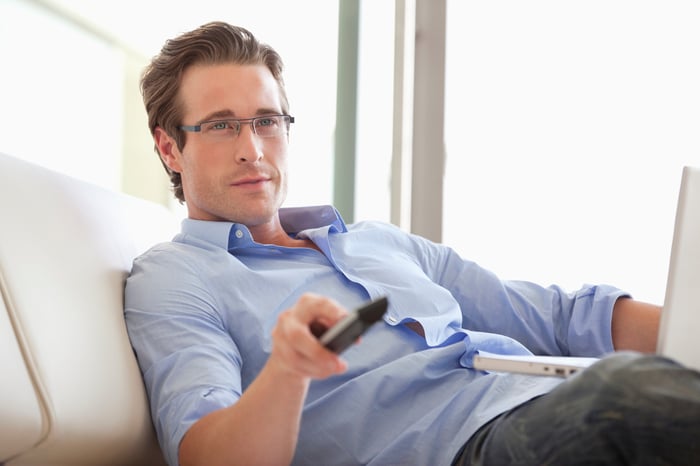 CEO David Zaslav commented on the broader 2017 results, which he said amounted to a historic year for the company. "We took significant steps to position ourselves for success in a changing industry," Zaslav said, "while driving growth from our traditional linear business and accelerating our investments in new growth areas like digital and mobile in an effort to reach superfans on every screen."

Executives announced that their proposed merger with Scripps Networks cleared an important regulatory hurdle this week as the Department of Justice closed down its investigation. That leaves just one ongoing review, with regulators in Ireland, left to finish before the deal can close.

Zazlav and his team still believe that will happen before the end of the first quarter of 2018. Shareholders who allow their stock to be converted into partial ownership of the combined entity have to hope that the $15 billion acquisition delivers the synergies that Discovery has targeted. Otherwise, there might be significant accounting writedowns in future years that are similar to the one that just swamped 2017's profit results.