General Motors said that its U.S. sales fell 6.9% from a year ago, as continued gains for GM's all-new crossover SUVs weren't enough to offset big declines in sales of its pickups and sedans.

GM had plenty of company, starting with rival Ford Motor Company, which also posted a 6.9% decline in sales. Most other major automakers' sales fell year over year as the U.S. new-car market continued to show signs of weakening after seven years of gains. 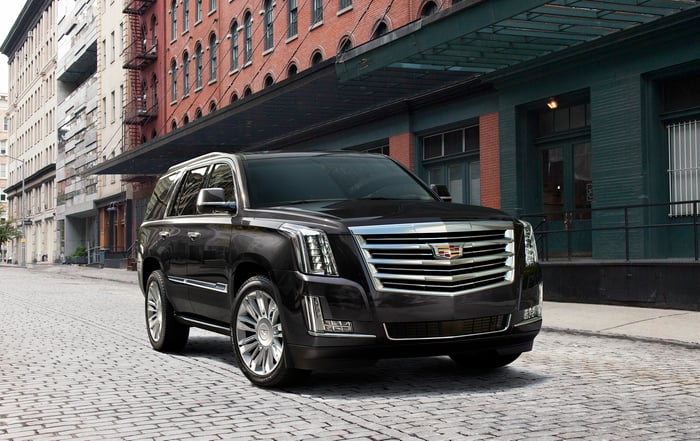 Here are February's sales totals for the six largest-selling automakers in the U.S. market. Note that only Toyota managed a year-over-year gain, powered by strong demand for SUVs and its all-new Camry sedan.

The high and low points from GM's February sales report 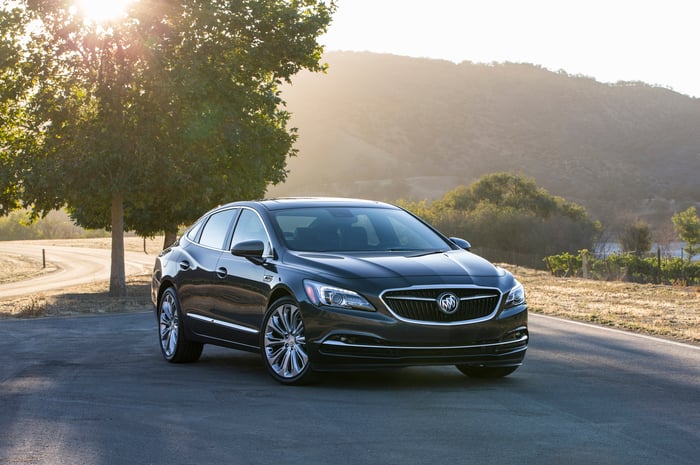 Sales of the handsome Buick LaCrosse sedan have been slow for months, but jumped in February. Image source: General Motors.

Looking across the industry's sales results, some trends are clear. Crossover SUVs remain hot, pickups that aren't Fords are cooling, and sedan sedan sales are very weak. There's variation within the individual market segments, of course -- but there's another trend visible within those segments: With a few exceptions (the Escalade is one), the models that are posting sales gains and getting strong ATPs are the newest, freshest ones.

Most of GM's crossovers are new in the last two years; they're selling very well at good prices. GM's pickups are in the last months of their lives, while the segment's largest player has new and refreshed models; sales are down.

On balance, it appears that GM is still having enough success to keep its profit margins healthy while it awaits those new pickups. That's good news for shareholders.