Most major automakers at least have a plan for driverless cars and the enabling suite of technologies. General Motors, Ford Motor Company, and Volvo Cars, a subsidiary of Geely Automobile, are among those pouring billions of dollars into autonomous vehicle development in the race to gobble up a share of a market that barely exists today. That's how lucrative the transformative technology is expected to be. So lucrative, in fact, that several seemingly nontraditional investments have been made.

Volvo Cars is actively developing self-driving vehicles for passenger and ridesharing markets. It has a well-established relationship with Uber, which currently tests a semiautonomous Volvo XC90 on roads in Arizona and my hometown, Pittsburgh. The ridesharing leader just announced its intention to purchase 24,000 more vehicles between 2019 and 2021. You could say things are heating up.

Of course, autonomous vehicles won't be just for people. AB Volvo (NASDAQOTH: VOLVY) -- no longer related to Volvo Cars, which may itself file an IPO -- is a perfect example. The company manufactures trucks, buses, and construction equipment. It's also jockeying for position in a very different race in driverless tech: autonomous mining. 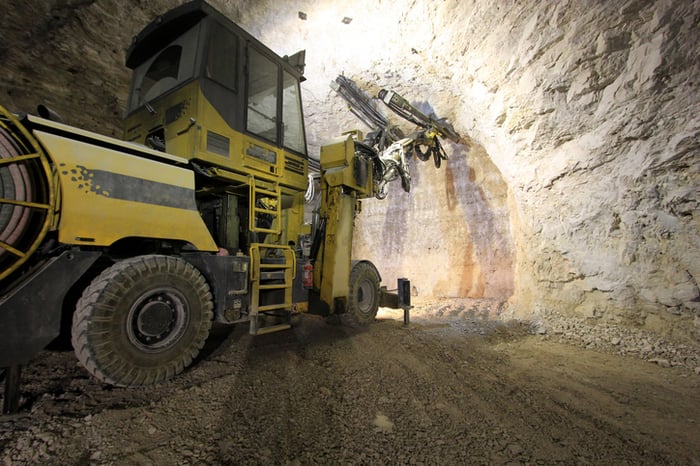 The global mining industry has quietly been one of the largest adopters of and investors in self-driving vehicles. It's also far ahead of the headline-grabbing efforts of Uber and Google's Waymo.

Part of the reason investors haven't heard much about it is that many of the autonomous and semiautonomous haulers and vehicles are in mines far underground. Others are in areas so remote, such as the dusty landscape of northwestern Australia, that the operators are literally hundreds of miles away. Another reason is that one of Rio Tinto's two-story, 416-ton haulers will never pick you up and drop you off at a concert. But it's still pretty awesome.

AB Volvo has invested heavily in autonomous mining vehicles in an attempt to establish an early lead in the driverless heavy-duty truck market. It makes sense from both a business perspective and a technology strategy point of view.

For years, the company tested driverless Volvo FMX heavy-duty trucks in abandoned hangars in Sweden, then in underground mines. Autonomous vehicles operating underground drive in a relatively controlled environment, meaning they don't have to avoid pedestrians or other vehicles. That's a big reason that driverless tech in the mining industry is far less regulated -- and therefore easier to deploy. 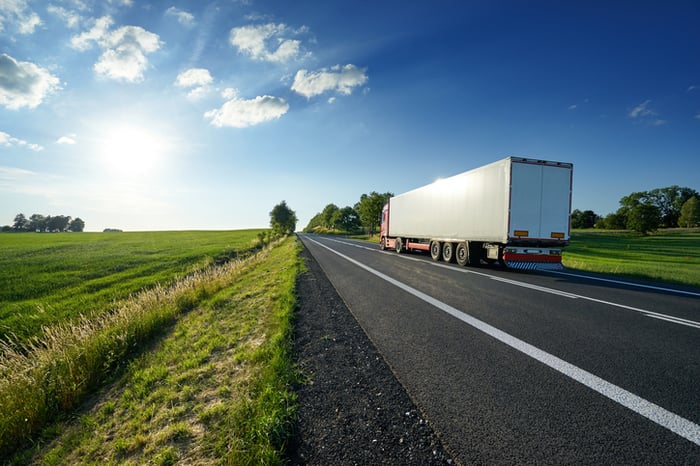 AB Volvo partnered with the miner Boliden to develop and test its technology. The former gets valuable experience it can port over to the rest of its heavy-duty truck portfolio, while the latter could capture significant productivity gains. It's a win-win.

At the end of 2017, investors got their first taste of how underground mining could translate to other industries. AB Volvo unveiled a technology development program with Swedish recycling company Renova to test driverless garbage trucks, and later announced the testing of similar technology in tractor-trailers. Experience with mining vehicles was cited in both official announcements.

The early goal is to deploy the haulers in confined routes, such as from port to distribution hub, before rolling them out to broader highway routes. Similar to the strategy of focusing on underground mines first, AB Volvo appears to have a well-thought-out plan for releasing its autonomous heavy-duty trucks in a way that creates value for customers, captures market share, and grows into broader markets over time.

In recent years a slew of start-ups and several major global automakers have been developing the technologies needed to produce driverless cars. But autonomous vehicles will transform transportation on the whole, and people aren't the only things needing transporting. Investments by AB Volvo in robotic mining show that the company is serious about becoming a leader in the technology space and deploying its experience more broadly across its heavy-duty trucking products. Investors should take note.