AT&T (NYSE:T) reported its first quarter of positive postpaid phone customer additions since 2014 when it released its fourth-quarter earnings. Postpaid phone customers are often considered the most valuable to wireless carriers, as they produce higher average revenue per line and don't churn as much as prepaid customers.

AT&T pointed to its efforts to provide more value to its wireless customers by bundling in HBO and offering a discount on DIRECTV for customers subscribing to its unlimited wireless data plans. But T-Mobile's (NASDAQ:TMUS) management "kindly" points out that AT&T may be relaxing its standards for acquiring postpaid customers, which led to a big boost in the number for the fourth quarter. 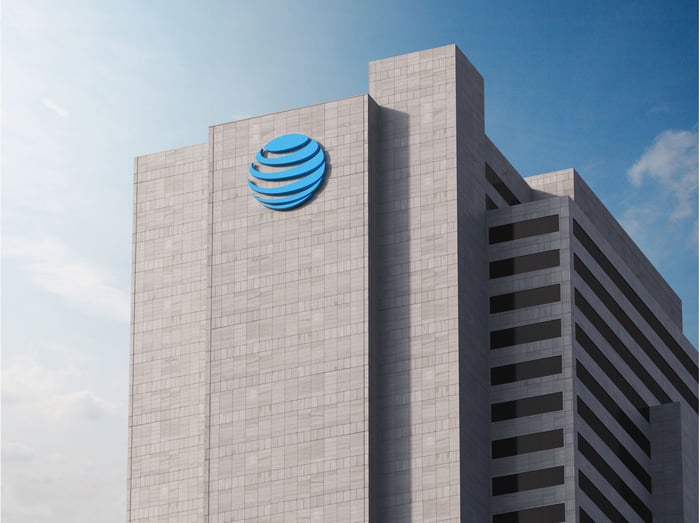 At a recent investor conference, T-Mobile CFO Braxton Carter broke down AT&T's strategy for boosting its postpaid subscriber numbers. "What they've done is they've embraced BYOD, or bring your own device, and have completely relaxed the credit standards associated with the recurring service revenue," he said. "So they're not having to make any investment into the handset, and they're attracting massive prepaid flow to fortify their postpaid phone numbers with really no credit evaluation associated with it."

Take that with a grain of salt -- T-Mobile is AT&T's competitor -- but AT&T's numbers back up Carter.

By offering former prepaid customers the option to bring their own device, AT&T doesn't take on any risk that customers will default on the equipment installment plans it offers to well-qualified postpaid subscribers. So there's less financial risk for AT&T on the monthly bills it sends out to its new batch of postpaid customer, but there's still some risk that a customer won't pay it.

AT&T's wireless business is already under significant pressure. The company is seeing steadily declining service revenue, and its EBITDA margin is shrinking.

That's largely due to competitive pressure from T-Mobile, which has expanded its network and repeatedly offered more value to subscribers with its wireless data plans. Over the past five years, AT&T has been one of the biggest "donors" of subscribers to T-Mobile, as the latter's management likes to say. That puts the pressure on AT&T to offer similar value to its subscribers.

AT&T stepped up in 2017, taking advantage of its acquisition of DIRECTV and potential acquisition of Time Warner. The company released two unlimited data plans -- one priced above T-Mobile's, and one undercutting its pricing. It also packaged HBO with its high-end plan and expanded that offer to its low-end plan after T-Mobile started offering free Netflix to subscribers. And it offers a discount on any of its television services.

AT&T says the bundle was key to its success in 2017, and it's going to find more ways to add value for subscribers. And if the bundle results in more subscribers for both its wireless and video services as they did in the fourth quarter, AT&T can afford to sacrifice some profit margin for scale.

But offering steep discounts on video and free HBO for wireless subscribers, combined with more lax credit standards as Carter suspects, could trade short-term success for long-term degradation of its customer base. Subscriber numbers for wireless and video services may increase now, but cancellation and default rates may increase later.