Yes, there will be driverless cars, but also more efficient manufacturing and entirely new ways to manage traffic.

Artificial intelligence (AI) is already having a huge impact on many industries, including aviation, manufacturing, technology, and a host of others. That's because the facets of AI like machine learning and deep learning can make companies more efficient, help them plan for preventative maintenance of equipment, and even improve digital sales.

But one sector already seeing dramatic changes from AI is the automotive industry. Artificial intelligence is creating entirely new ways for us to get around. It will soon influence how cars are produced, and it'll change how we manage traffic in our cities. Here's how. 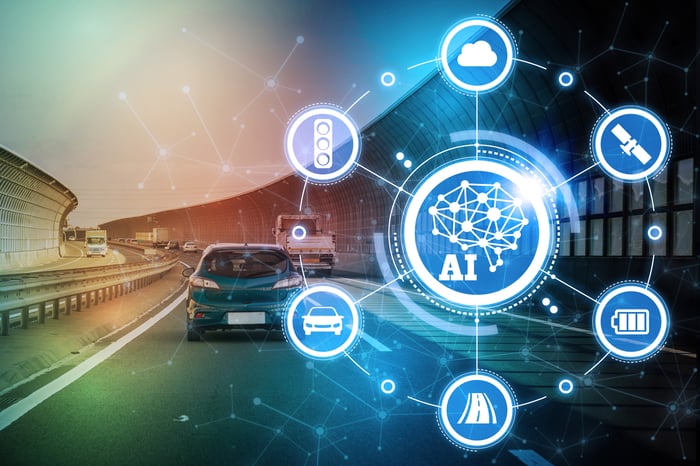 One of the most-talked-about uses for AI is for semi-autonomous, and eventually autonomous, driving. Automakers and technology companies are adding more and more artificial intelligence to vehicles each year, and some companies -- like NVIDIA Corporation (NVDA -2.30%) and Alphabet's (GOOG -0.36%) (GOOGL -0.58%) Waymo -- are quickly pushing the technology forward.

NVIDIA's latest AI supercomputer for cars, Drive PX Pegasus, is already capable of bringing semi-autonomous driving to vehicles, and the company says that more than two dozen companies will use the technology to develop fully autonomous vehicles over the next few years. At the core of Pegasus is NVIDIA's high-end graphics processors that are ideal for processing complicated image information (like where pedestrians and stop signs are) in real time. NVIDIA's management thinks driverless cars will eventually balloon into an $8 billion opportunity for the company by 2025.

It will likely take decades before driverless cars are a normal part of our lives, but Alphabet's Waymo could help speed up the timeline. Waymo's driverless car tech has been able to learn things that wouldn't have been possible without AI, like navigating complex turns involving flashing yellow lights. The computer learned through simulations that it needed to inch forward to get ready to turn, and that knowledge was applied to all of its vehicles for similar scenarios.

The company has already logged 5 million autonomous miles on public roads and recently announced that it'll be opening up its autonomous ride-hailing service to the public later this year.

As cool as it is that AI is making autonomous vehicles a reality, the real benefit will come when there are enough driverless cars on the road to start pushing down vehicular deaths. Intel Corporation (INTC -2.00%) believes that between 2035 and 2045, more than half a million lives could be saved on roads because of semi-autonomous and autonomous vehicles. Intel is pushing driverless cars forward after it purchased an Advanced Driver Assistance System (ADAS) company, Mobileye, last year. Intel thinks AI-powered driverless cars will create entirely new markets and that the new "passenger economy" that emerges from the technology will be worth $7 trillion by 2050.

Autonomous vehicles grab most of the headlines, but AI will also transform how vehicles are made and how inventory is managed, and the technology will likely improve quality control.

AI-based algorithms can digest masses of data from vibration sensors and other sources, detect anomalies, separate errors from background noise, diagnose the problem, and predict if a breakdown is likely or imminent. 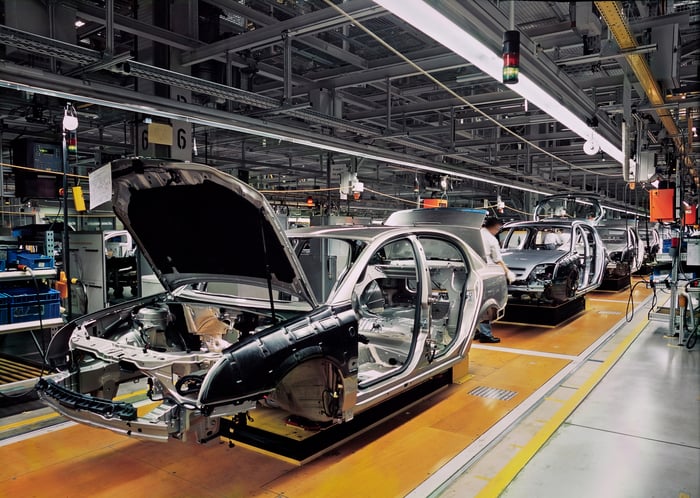 This preventative maintenance could eventually increase equipment uptime by 20%, reduce inspection costs by 25%, and lower annual maintenance costs by 10%.

The report also noted that cars will be built with better quality because AI can detect defects up to 90% more accurately than humans, and that AI will be implemented in demand forecasting, to reduce excess inventory by up to 50%. The improved quality control and forecasting will result in huge cost-savings across multiple points of the automotive manufacturing and distributions processes.

A far more subtle way AI is starting to influence the automotive industry is through its use in smart cities. NVIDIA has created an AI platform for smart cities, called Metropolis, that taps a city's cameras and uses intelligent video analytics (IVA) to manage traffic, make parking more efficient, and reduce pollution.

NVIDIA says its technology can measure pedestrian flow and adjust traffic signals based on that data in order reduce car congestion on the street. The company also believes there will be less pollution as a result of the cars stopping less. Metropolis can also be used with cameras to improve traffic incident reporting and analyze roads for potential maintenance. 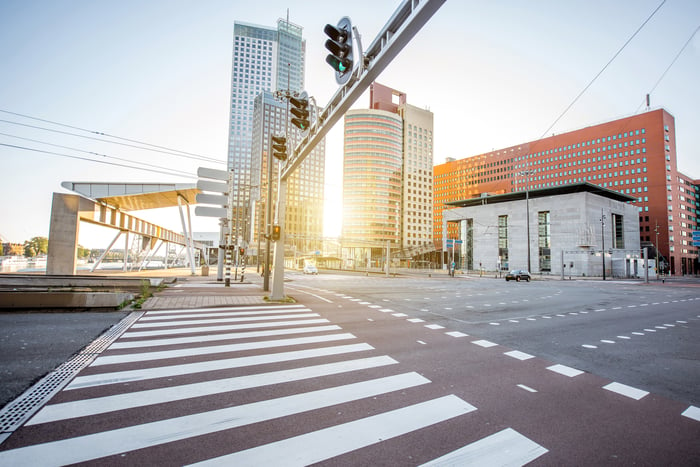 If all of that weren't enough, NVIDIA said that Redwood City, California, has already used Metropolis to build its own parking system that uses IVA and connected cameras to update drivers on available parking spaces in real time.

There's plenty to get excited about as AI transforms key aspects of the automotive industry, but investors will need to be patient as they wait for NVIDIA, Alphabet, Intel, and others to reap their rewards in the automotive space. For example, NVIDIA's graphics processors are helping to drive innovation in driverless cars and smart cities, but the company only earns about 5% of its top line from its automotive segment. Similarly, Waymo plans on earning money from its ride-hailing service eventually, but anything it earns will be a drop in the bucket compared to Alphabet's key revenue driver: advertising from Google.

That's not to say there won't be winners in this space, because there will be, and there are even driverless car pure-plays emerging. But investors will have to take the long view when investing in AI for the automotive market -- and remain patient.