It won't be the last. 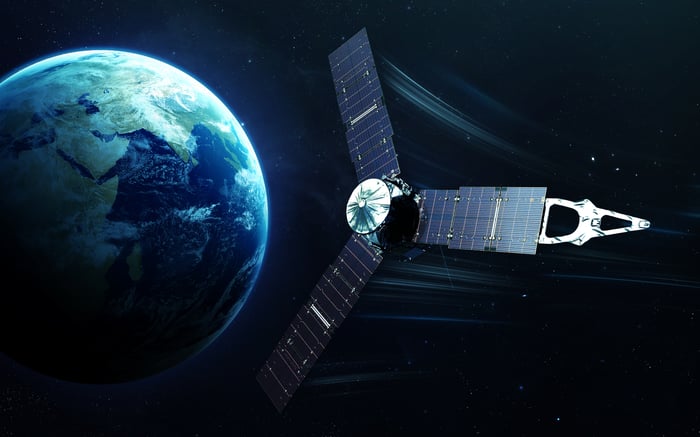 Turns out SpaceIL won't actually be making its flight with Spaceflight. Earlier this year, SpaceIL failed in its attempt to round up financial support for its bid to win Google's Lunar Xprize competition, and that competition has now been called off.

That loss of one marquee client, however, doesn't seem to be slowing Spaceflight Industries down in the slightest. Earlier this week, the company announced that two of Europe's premier space players, Thales Alenia Space and Telespazio, have agreed to form a 50-50 joint venture between their "The Space Alliance" (TSA) joint venture and Spaceflight Industries (SI). Its objective: To help SI transform itself from a company best known for reselling satellite berths on other companies' rockets to one that manufactures and operates a satellite constellation of its own.

The new joint venture, dubbed LeoStella LLC, will begin manufacturing "cost-effective, high-performance small satellites at scale" in Seattle later this year. These will include satellites destined to form SI's own BlackSky "earth imaging constellation," which will provide "high revisit rate" photography of Earth to paying customers.

As SI describes the plan, it will launch four BlackSky sats within the next 12 months, and 20 more by 2020. With revenues generated from the operations of this initial constellation, SI expects to have enough funds to eventually expand its constellation to a total of 60 satellites.

Helping to get the ball rolling is a massive financing effort that SI also announced last week, in which investors including Japan's Mitsui & Co., Ltd. will contribute $150 million in funding (bringing SI's total attracted capital to more than $200 million) to help finance the first wave of satellite production. With this money in hand, LeoStella will be able to pay for production of the 20 satellites it plans to produce through 2020.

Furthering the partnership among these companies, SI notes that "BlackSky and Telespazio have signed a joint cooperation and marketing agreement to distribute each other's products and services, as well as co-develop, brand, and market unique applications and services." That's all in addition to the basic objective of forming a JV to manufacture satellites.

I have to say that, all things considered, it's a pretty convoluted way to accomplish a pretty simple objective.

BlackSky is clearly the endgame -- a new constellation of small, economical satellites in orbit to sell digital imaging to the world. But getting to that end point requires:

In the world of new space, however, where attrition rates are high, most of the key players are private, and there are few publicly traded companies capable of raising funds through equity offerings, this is apparently the way things are going to have to get done (for now).

Here's hoping, though, that more of these space start-ups will "start" going public at some point in the near future. If and when that happens, convoluted corporate family trees such as the one described shouldn't be as necessary -- and individual investors will finally find it easier to invest in the new frontier of space exploration.