Please ensure Javascript is enabled for purposes of website accessibility
Log In Help Join The Motley Fool
Free Article Join Over 1 Million Premium Members And Get More In-Depth Stock Guidance and Research
By John Bromels – Apr 3, 2018 at 8:31AM

If you're in retirement -- or nearing it -- you may want to buy high-yielding stocks like these.

What do you want to spend your time on in retirement? Traveling, fishing, or playing with your grandchildren might come to mind. Spending time monitoring your investments? Maybe not so much.

If digging in the garden sounds more appealing than digging around in financial spreadsheets, you may want to consider putting your money into dividend stocks that have high yields, consistent payments, and good outlooks for the future. 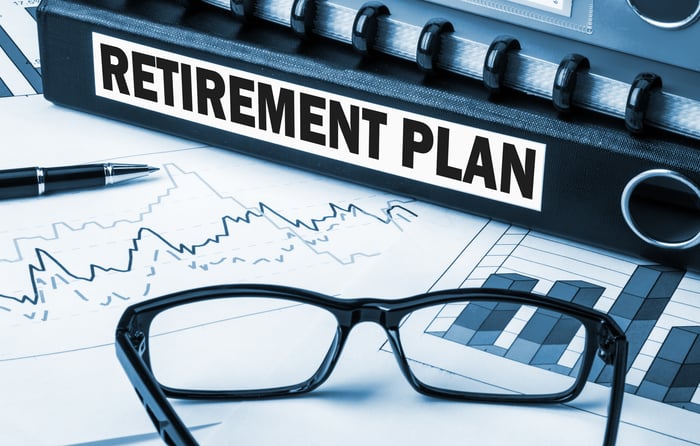 A major among majors

Among the oil majors -- many of which are fine stocks for retirees to consider -- Royal Dutch Shell stands apart by virtue of its stellar dividend yield combined with solid fundamentals and an eye to the future. That offers retirees the perfect combination of security and income.

Thanks to a number of cost-cutting measures it undertook during the oil price slump that began in 2014, Shell is now reaping big rewards from oil prices that have mostly been above $60 per barrel so far this year. That showed in its fourth quarter 2017, during which net income was up 136.6% year over year, to $3.8 billion.

The company's longer-term outlook is also upbeat. Thanks in large part to its purchase of BG Group, the company has expanded its liquefied natural gas business, a market it expects will grow even faster than oil in coming years. That should help keep investors' money safe even if the oil market softens again. Also, to maximize its post-acquisiton portfolio, Shell has been divesting underperforming assets. Management's goal is to drop some $30 billion in assets by the end of the year. This portfolio optimization should help Shell operate more efficiently...and deliver more value to its shareholders.

Last, but certainly not least, the company's current dividend yield of 5.9% is among the best in the industry. Royal Dutch Shell is a stock that someone on a fixed income can feel safe buying and forgetting about.

There are some chemical companies you've heard of and others you haven't. For example, you probably know about 3M's Scotch tape or DowDuPont's Tyvek construction wrap. But for retirees looking for a great value stock in the chemical industry that pays a solid dividend, you might be better off with a company whose products you've probably never heard of: LyondellBasell.

LyondellBasell is small compared to giants 3M and DowDuPont. But its $41.7 billion market cap still makes it one of the biggest chemical companies in the U.S. The reason you probably haven't heard of its products is that instead of brand-name chemicals, LyondellBasell manufactures basic industrial chemicals like denatured alcohol, hydrogen peroxide, ethanol, and methanol. The company also does some fuel refining and plastics manufacturing. This diversified "nuts and bolts" portfolio helps keep demand steady even as the individual industries that make up LyondellBasell's client base ebb and flow.

Here's the best part for value investors: LyondellBasell's dividend yield, currently about 3.5%, is best-in-class, and its price-to-earnings ratio of 8.6 is much, much lower than 3M's 27.7. This could be because the company did take a trip through bankruptcy court during the Great Recession while its peers stayed afloat. The memory of that bankruptcy might be holding down growth: while the stock's price has gone up over the last five years -- up 67% -- it hasn't grown as fast as its larger peers.  But that slow and steady performance can also be a good thing for investors looking to buy now, as it suggests LyondellBasell may be undervalued compared to 3M and DowDuPont, and an excellent choice for a retiree's portfolio.

So far, we've been talking about companies whose dividend yields are among the highest in their industries. But a high yield is worth nothing if it isn't coupled with stability and consistent performance. So although it's an unconventional pick, pipeline master limited partnership (MLP) Enterprise Products Partners is one for retirees to consider. Enterprise -- like many of its MLP peers -- had a lackluster 2017, but there are good reasons to expect it to outperform in 2018, including $2.5 billion in new projects expected to come on line this year.

As with most MLPs, Enterprise pays a high yield, currently 6.8%. Better still, Enterprise has consistently increased its payout every quarter for more than a decade. That includes during the Great Recession and the oil price slump of 2014, even as many of its peers were cutting their payouts. That should give investors confidence that Enterprise is an investment that can be bought and held for a long, long time.

And holding onto Enterprise for a long, long time will have its advantages. Thanks to the special tax treatment MLPs receive, Enterprise's unitholders receive some special tax treatment (in exchange for some extra paperwork come tax time). This might make you think twice about buying into an MLP like Enterprise, but for many retirees, the company's solid yield and long history of rewarding investors will be worth it.

For a retiree hoping to get a steady stream of income without having to worry about short-term hiccups, Royal Dutch Shell, LyondellBasell, and Enterprise Products Partners are good choices as part of a balanced portfolio. Owning shares of these companies should help you spend more time in retirement on the things you enjoy and less time worrying about the future of your investments.