Please ensure Javascript is enabled for purposes of website accessibility
Log In Help Join The Motley Fool
Free Article Join Over 1 Million Premium Members And Get More In-Depth Stock Guidance and Research
By John Rosevear – Apr 5, 2018 at 6:31AM

So far, so good -- but more (and tougher) competition is coming.

General Motors (GM -3.52%) said it sold 1,774 Chevrolet Bolt EVs in the United States in March. That was an 81% increase over the Bolt's sales total last March, but it's still well below the sales levels posted by the Bolt in the last few months of 2017.

It was still enough to keep the Bolt's sales ahead of all other non-Tesla (TSLA -1.10%) battery-electric vehicles in the United States for the month. But more competition is coming, and GM may need to raise its battery-powered game soon. 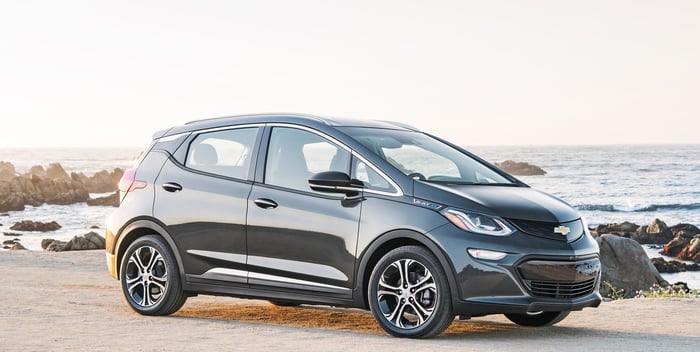 How the Bolt's sales totals compare with its rivals'

After a big drop from December to January, the Bolt's U.S. sales have resumed their upward march. 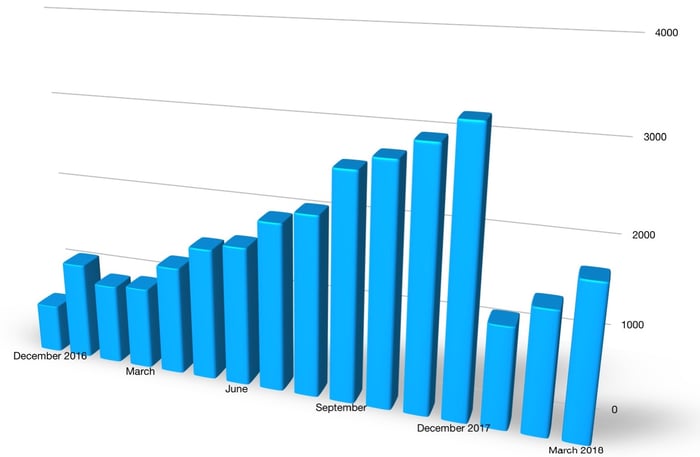 Data source: General Motors. Chart shows U.S. sales of the Chevrolet Bolt EV in every month since its launch in December of 2016.

Longtime Tesla-watchers know that the company's deliveries tend to spike, often dramatically, in the last few weeks of a quarter. We saw that in December, and it happened again last month: According to U.S. sales estimates from InsideEVs, all three Teslas, including the new Model 3, outsold the Bolt for the month.

But the Bolt still managed to outpace Nissan'sLeaf, along with all of the other battery-electric vehicles sold in the United States right now.

Data sources: The automakers, InsideEVs. All numbers are U.S. sales only. Figures for Tesla and Fiat are InsideEV estimates.

Will the Bolt's sales continue to climb from here?

It's hard to say. On one hand, GM has shown that it will use incentives to keep the Bolt's retail sales strong. It's also quite possible that GM will ramp up fleet sales of the Bolt as the year goes on -- after all, the Bolt was designed with ride-hailing and car-sharing duties in mind.

But on the other hand, competition is coming. Nissan is ramping up dealer inventories of the all-new and much-improved 2018 Leaf, which may already be stealing some sales from the Bolt. And Hyundai has an impressive-looking all-new battery-electric crossover, the Kona, headed to the U.S. later this year. 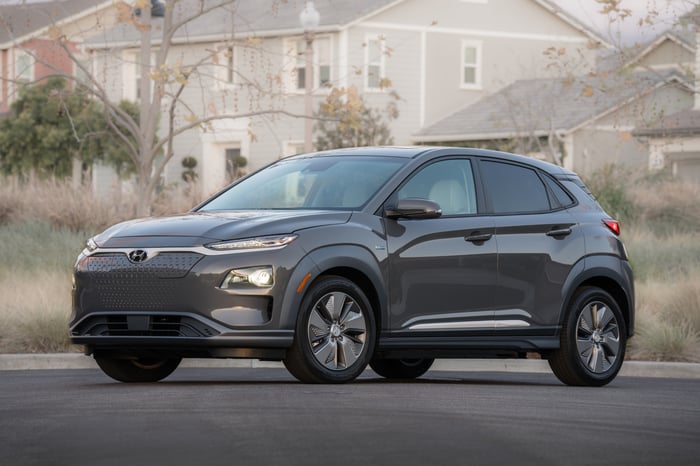 The all-new Hyundai Kona Electric will arrive in the U.S. in the fourth quarter. It has the potential to be a serious challenger to the Bolt. image source: Hyundai.

The Kona looks likely to give the Bolt a very serious challenge. Its 250-mile rated range is slightly better than the Bolt's, and it will be available with an upgraded interior that, frankly, puts the Bolt's taxicab-level trim to shame.

I've said for a while that an interior upgrade would probably give the Bolt a boost at retail. Don't be surprised if GM releases one, along with possibly a small range boost, just as the Kona begins arriving at U.S. dealers late this year.