Nissan's new electric car has less range than rivals -- and a significantly lower price. Will it be a winning formula?

Nissan Motor (NSANY -0.96%) has unveiled an all-new version of the best-selling electric car of all time. The 2018 Nissan Leaf is a complete redesign that incorporates a slew of improvements and updates -- at a starting price that's lower than the 2017 Leaf's.

But Nissan chose to make a big trade-off with its new electric car: The new Leaf's price undercuts the starting prices of both of its principal rivals  -- but so does its range, just 150 miles.

Does the new Leaf offer enough to compete with the latest electric vehicles from General Motors (GM 0.83%) and Tesla (TSLA -0.37%) despite its more limited range? Let's take a look. 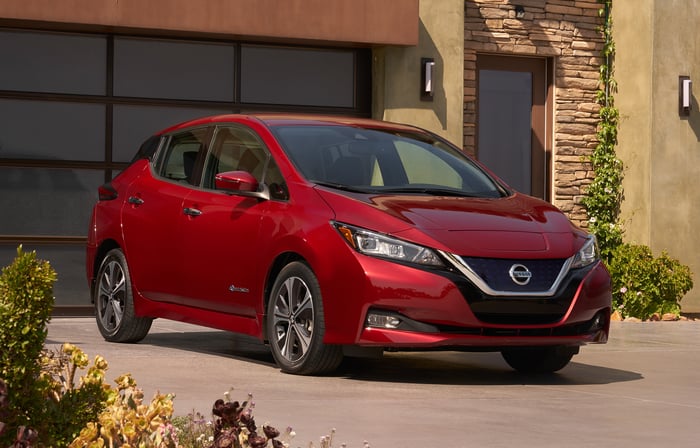 Big improvements over the first-generation Leaf

At first glance, the new Leaf has a lot going for it, starting with its surprisingly attractive styling. Its exterior styling is attractive in a mainstream sort of way, something that can't be said about the outgoing model's quirky looks.

The interior is well-furnished but somewhat conservative by electric-car standards. Nissan clearly tried to strike a balance between "futuristic" and "familiar," and the end result is less new-and-different than the interiors of the Bolt or any Tesla. A 7-inch touchscreen with the usual "infotainment" features is standard. 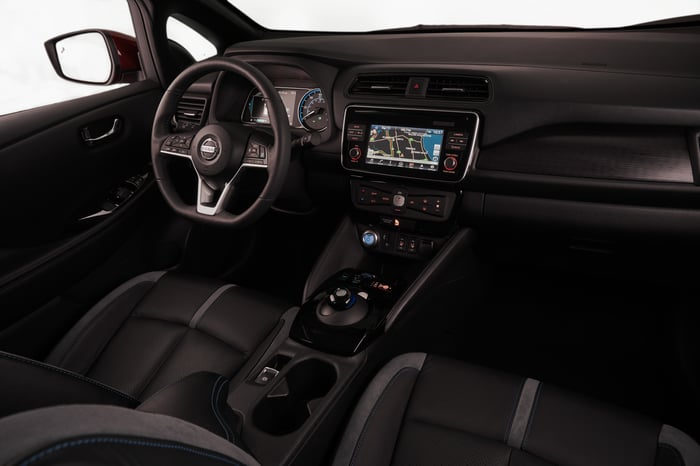 The new Leaf comes with the latest feature from Nissan's self-driving research and development effort. Nissan calls it the "ProPILOT Assist" system, and it offers limited self-driving capabilities in highway driving situations.

Like an adaptive cruise control system, ProPILOT Assist keeps the car at a set distance from the vehicle ahead, accelerating or braking as needed. But it also can steer as needed to keep the Leaf in its lane, as long as the highway has visible lane markers.

Underneath, the new Leaf is evolved, but the basic layout will be familiar to those who know the current model. The new Leaf's battery pack occupies the same amount of space as the older model's, but it's rated at 40 kilowatt-hours (kWh) versus the older car's 30 kWh. That upgraded battery pack feeds an electric motor with 147 horsepower and 236 pounds-feet of torque, both up significantly from the current model. As in the outgoing Leaf, the new Leaf's motor drives the front wheels only.

It's improved, but is the new Leaf starting from behind?

In a way, Nissan's choice to give its new electric ride just 150 miles of range is the most interesting thing about the new Leaf. While that's a sizable upgrade from the current Leaf's 107-mile range, it's well short of the vehicles seen as its principal rivals: The Model 3 will come with 220 miles of range in its most affordable version, while the Bolt sports a 238-mile range rating.

Of course, the new Leaf's price falls short of both the Bolt's and the Tesla's, too. The Bolt starts at $37,495 before incentives, while the Tesla starts (in bare-bones trim) at $35,000. Both cars offer extra-cost options that raise the average transaction prices: A well-equipped Bolt runs about $42,000, while the Tesla, with a price structure modeled on those of similarly sized German luxury sedans, can be optioned up to nearly $60,000.

Contrast that with the Leaf, which comes nicely equipped (aside from the range issue) for just under $30,000 -- or about $22,500 after U.S. government incentives. Factoring in incentives, the Leaf's price undercuts the starting prices of popular midsize sedans like Toyota's Camry (about $24,000) and Nissan's own Altima (about $23,000).

Nissan appears to be betting that 150 miles of range -- plus a truly mass-market price tag -- is enough to overcome the concerns of at least some first-time electric-vehicle buyers. It might be: The new Leaf's price tag puts it in range of buyers who might not be able to afford a Bolt, much less a Tesla. And if nothing else, it's a real upgrade for existing Leaf owners at a price that should prove tempting to many.

Will it be enough to give the new Leaf traction in the market? It's a gamble. We'll find out next year. 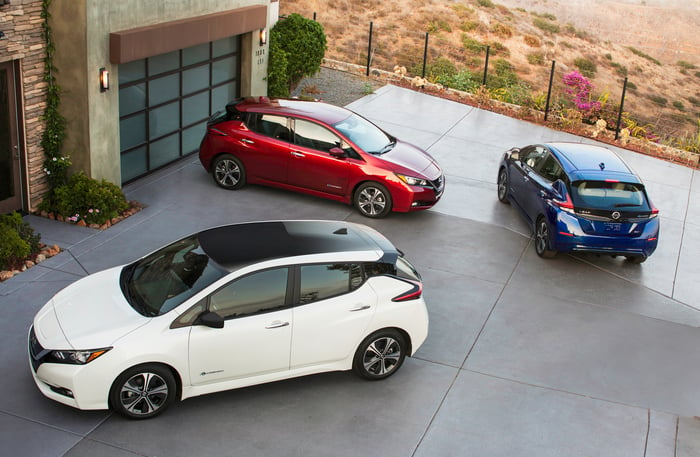 Nissan said that a more powerful version of the Leaf, with longer range, will go on sale late next year. That Leaf is expected to have a 60 kWh battery, same as the Bolt's, which should be enough for a range of well over 200 miles.

Nissan may have more electric vehicles on the way. Autocar is reporting that Nissan will reveal an electric SUV at the Tokyo Motor Show late next month. That vehicle is expected to go on sale in 2019, and it may be followed by an electric sedan a size larger than the Leaf, the magazine said.

Both are expected to use the new electric-vehicle architecture that Nissan developed for the 2018 Leaf, and they should represent an aggressive challenge to the family of mass-market electric vehicles currently under development at Volkswagen.

Nissan has said that it expects electric vehicles to make up 20% of its global sales by 2020 -- just three years from now. If its formula of "enough" range at a value price catches on, it may well hit that target.