Please ensure Javascript is enabled for purposes of website accessibility
Log In Help Join The Motley Fool
Free Article Join Over 1 Million Premium Members And Get More In-Depth Stock Guidance and Research
By Demitri Kalogeropoulos – Apr 9, 2018 at 9:20AM

Investors aren't optimistic that its new, larger content portfolio will lead to a quick turnaround for the business. 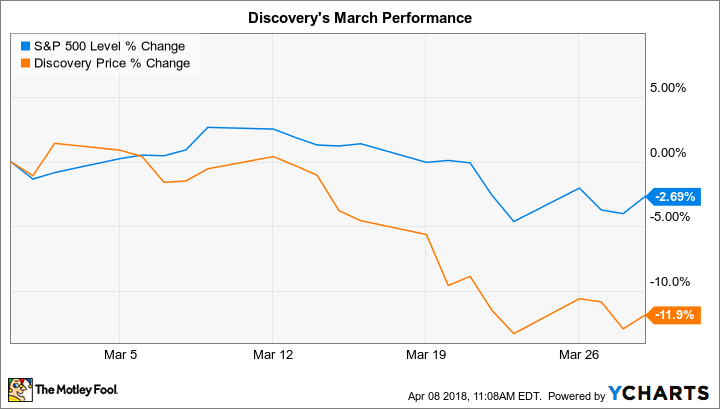 That drop contributed to a tough run for shareholders, with the stock trailing the broader market by a wide margin over the past five years.

Investors had plenty of news to digest in March. Some of the stock's decline, for example, likely had to do with the $1.3 billion write-off that Discovery announced in late February. That news took some shine off a fourth-quarter earnings report that included encouraging growth in its core advertising business. 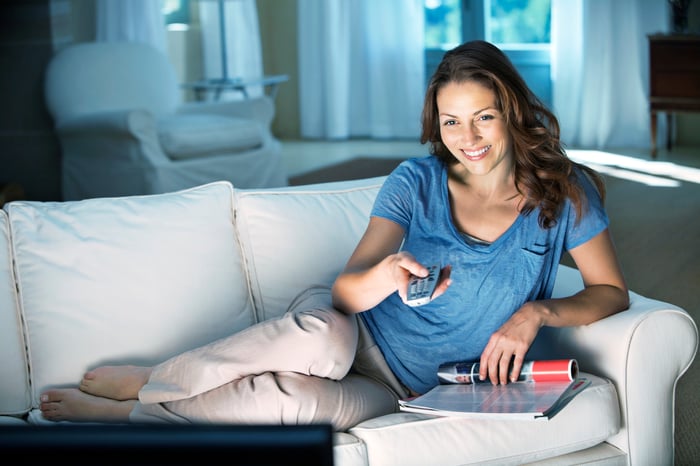 Then, in early March, Discovery completed its $15 billion acquisition of Scripps Networks Interactive to become one of the biggest pay-tv networks in the world.

Discovery is hoping that this bold buyout will help it navigate a TV advertising landscape that's being pressured as consumers drift away from cable television packages and toward internet-delivered entertainment. With Scripps under its control, the company boasts a massive library of content and the means to produce new shows at a pace that few rivals can match. Now it's up to Discovery to capitalize on those assets.