Please ensure Javascript is enabled for purposes of website accessibility
Log In Help Join The Motley Fool
Free Article Join Over 1 Million Premium Members And Get More In-Depth Stock Guidance and Research
By Rich Smith – Updated Apr 12, 2018 at 11:49AM

On the plus side, at least you had advance warning. Last week, investment banker Goldman Sachs issued a dire warning on the prospects for stocks tied to the commercial construction industry -- stocks like Apogee Enterprises (APOG 1.56%) in particular. Eight days later, Apogee has just reported its fiscal fourth-quarter and full-year 2018 earnings -- and the stock is in free fall, down 10.5% as of 11 a.m. EDT.

Apogee reported full-year sales of $1.3 billion for its fiscal 2018 ended in March, a 19% increase over fiscal 2017 sales. Earnings per share, however, declined 7% year over year to $2.76, despite enjoying a $0.13-per-share one-time benefit from tax reform.

Management described the results as depicting "a record year for revenues at Apogee," and emphasized that despite the weak GAAP results, "adjusted earnings per share" were up a respectable 7% year over year for the full year. 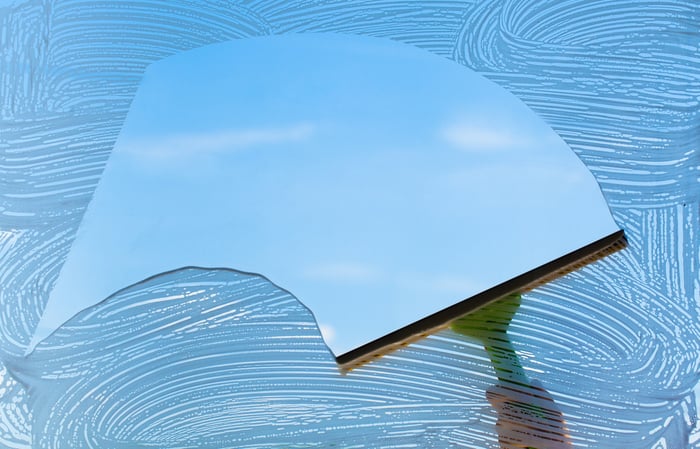 Apogee Enterprises' earnings could use a bit of sprucing up. Image source: Getty Images.

Apogee issued new guidance for the new fiscal year, predicting sales will grow about 10% in fiscal 2019 and operating margins for the company as a whole will recover, ranging from 8.8% to 9.3%. This should result in earnings of $3.30 to $3.50 on the bottom line -- about 23% growth in comparison to fiscal 2018. Unfortunately, that entire range falls short of the $3.60 per share that analysts were calling for this fiscal year.

Combined with the weaker-than-anticipated earnings from fiscal 2018, that explains why investors are selling off Apogee stock today.