One day after ESPN helped Roku score a touchdown, Best Buy and Amazon are forcing a fumble. 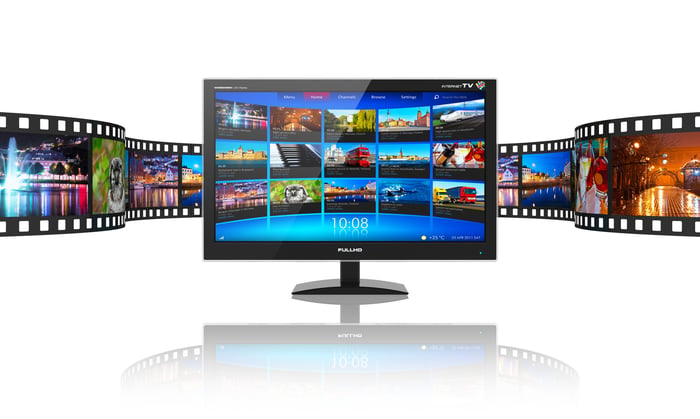 Here's a quick rundown of what laid Roku low: This morning, Amazon and Best Buy announced a joint initiative to design and sell "Fire TV Edition smart TVs" in Best Buy stores. Best Buy is planning to roll out 11 Insignia- and Toshiba-branded 4K and HD TV sets with Fire built in as early as this summer.

Why might this be bad news for Roku? Up until now, Roku had been Best Buy's partner-in-tech for the store's house brand Insignia line. The Wall Street Journal reports that henceforth, that will not be the case -- Best Buy's going exclusive with Amazon, and cutting Roku out.

The more interesting story, here, is why this might not be such bad news for Roku. For one thing, just because Amazon and Best Buy have decided to build it doesn't mean customers will necessarily come, as the saying goes. There are at present no details on the pricing of the new sets, their capabilities, or how they will compare to other TVs with similar functionality. There's no guarantee the new product lines will prove popular.

There's also the possibility that consumers are starting to wise up to the inadvisability of getting "locked in" to just one technology when it's built into a smart TV. Oftentimes, it's better for buyers to keep their options open -- buying TVs and streaming boxes separately so they can easily and cheaply shift between technologies as they develop. If you decide you prefer Roku over Fire (or vice versa), after all, it's a lot cheaper to buy a new streaming box than to buy an entire new 65-inch flatscreen.

As of today, though, investors' reaction looks more knee-jerk than measured. They're selling off Roku stock, and Amazon and Best Buy are the two reasons for it.

John Mackey, CEO of Whole Foods Market, an Amazon subsidiary, is a member of The Motley Fool's board of directors. Rich Smith has no position in any of the stocks mentioned. The Motley Fool owns shares of and recommends Amazon and Walt Disney. The Motley Fool has a disclosure policy.