Please ensure Javascript is enabled for purposes of website accessibility
Log In Help Join The Motley Fool
Free Article Join Over 1 Million Premium Members And Get More In-Depth Stock Guidance and Research
By Adam Levy - Updated Apr 25, 2018 at 9:42AM

Making local content that reaches a global audience is key to Netflix's growth.

Since announcing its global expansion at the beginning of 2016, Netflix has seen a bump in its content spending. It expects that number to reach between $7.5 billion and $8 billion on a profit and loss basis this year, and it will produce over 30 original international series.

As Netflix produces more and more niche and localized content, there's a fear that its next 100 million subscribers could come at a significantly lower margin than its first 100 million due to the need to invest in content that's more specific to attract an even bigger audience. But by calling out local content that's found a global audience, Netflix is showing that it can have it both ways. 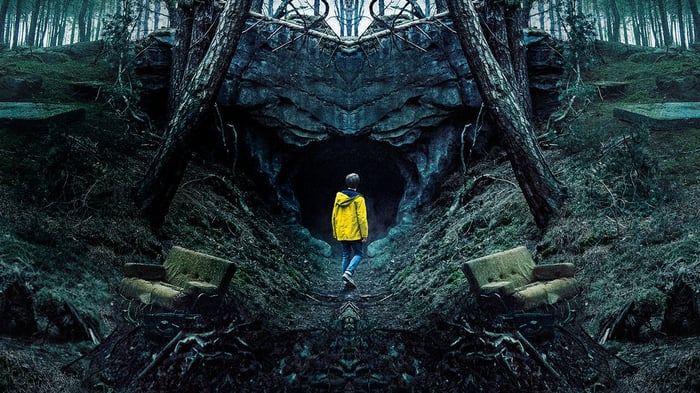 Netflix's biggest competitive advantage is that it's more capable than any other company of putting the right video content in front of the right person at the right time. The company developed a recommendation algorithm years ago that it says saved it $1 billion during 2015 in retained viewers and additional content spending by maximizing the use of its existing content library.

So, even as Netflix dives into more international originals, it can still find audiences all over the world.

On top of that, a lot of these originals aren't very expensive to produce. "Relative to a TV production in the U.S. or some other expensive developed market, it's a fraction of the cost." CFO David Wells said during the company's first-quarter earnings call. "So, it doesn't necessarily translate that more local television for Netflix equal[s] lower margin for Netflix."

Netflix might dominate the streaming video on demand (SVOD) market in the United States, but that's not the case everywhere. Amazon (AMZN -1.25%), for example, actually has more viewers than Netflix in Germany, India, and Japan. Meanwhile, there are local SVOD services throughout the world.

In that regard, it's extremely important for Netflix to create content that local users really want to see. Considering Netflix charges roughly the same price everywhere in the world and doesn't adjust for local economic conditions like many other subscription services, Netflix is actually a premium product in a lot of markets. Amazon regularly undercuts Netflix's pricing internationally.

It's worth noting Amazon is also investing heavily in local content, particularly in India, as it makes a big push to attract Prime members in the region. Amazon's efforts have paid off, and it saw tremendous Prime adoption, but it also sold the service at a significant discount compared to Netflix. Netflix said it has no plans to reduce its price anywhere, and it's comfortable with its current price point in India.

So spending more on local content is key to Netflix's continued subscriber growth in new markets, but it needs that content to also provide value outside of those markets to make it worth producing.

Global hits are hard and risky

Netflix's strategy of producing content for local audiences and then pushing it to reach more people globally can actually be more efficient than trying to create series for a global audience like a Game of Thrones.

In fact, Netflix tried to create a big-budget global hit -- Marco Polo -- and the series fell flat. It was one of the first series Netflix ever canceled, lasting just two seasons. Those 21 episodes cost Netflix $180 million to produce.

Amazon is also looking for a big global hit, after recently purchasing the rights to produce a series based on The Lord of the Rings books. Amazon paid $250 million just for the rights, and it could spend a similar amount to produce the first two seasons of a series. Amazon has the cash to spend, but it's still a huge risk. Every investor knows it's safer to diversify.

Netflix would rather play it safe by making a bunch of relatively low-cost local content. It can rely on its viewer data and algorithms to spread that content globally. That strategy allows it to make the most of its giant content budget to attract an even bigger global audience.