Fiat Chrysler Automobiles (NYSE:FCAU) said its U.S. sales rose 5% in April, on strong results for its Jeep brand and Dodge Caravan minivan -- and a big year-over-year jump in fleet sales.

FCA's gain outpaced the market and all major rivals'

FCA's 5% gain was an outlier. Most of the mass-market automakers doing business in the United States reported year-over-year sales declines for April, which had two fewer selling days than the year-ago month. (Selling days exclude days when new-car dealerships are typically closed: Sundays and some holidays.)

And what about General Motors (NYSE:GM)? GM said it will now report its U.S. sales results quarterly instead of monthly. Bloomberg, citing "people familiar with the matter," reported that GM's sales likely fell 2.5% to 3%, but we'll have to wait until the end of the second quarter to know for sure. 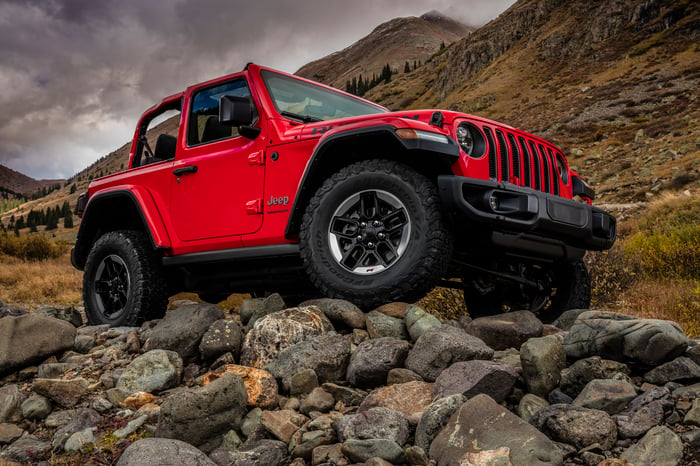 One more point, a mixed one: 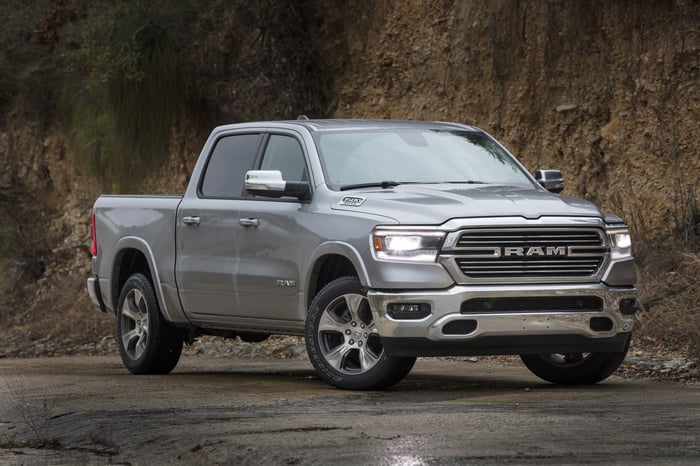 FCA has hit some snags in early production of the all-new 2019 Ram, which likely led to tighter supplies than expected in April. Image source: Fiat Chrysler Automobiles.

The takeaway: FCA is still doing its thing in a choppy market

FCA has been riding strong Jeep sales to higher profitability, not just in the U.S., but all over the world. The company posted a 59% gain in net profit in the first quarter, thanks in part to booming sales of its iconic SUVs. As long as SUV demand remains strong in the U.S. and elsewhere, FCA will probably continue to thrive.

Here in North America, FCA preceded Ford in eliminating its mass-market car models and shuffling its production lines to boost output of higher-profit vehicles. It's now seeing the benefits of a lineup focused on trucks, SUVs, and high-profit niche car models: a richer "mix" of sales and busier, more profitable factories. FCA's adjusted EBIT margin rose 0.5 percentage points to a fairly healthy 6% last quarter, and CEO Sergio Marchionne thinks there will be more gains to come.

Some of those gains will come from the items remaining on FCA's turnaround to-do list: New heavy-duty pickups are on the way, a replacement for the Journey is way overdue, and at some point, FCA has to figure out what to do with its elderly muscle cars, which are almost certainly still quite profitable but are stuck in a slow-motion sales decline.

But right now, Ram launch snags aside, FCA is doing what it needs to do to deliver a profit in the choppy U.S. market.