Wall Street had a good day on Wednesday, as the Dow Jones Industrial Average and other widely followed stock market indexes generally closed modestly higher. Good news from the long-struggling big-box retail sector helped make investors more enthusiastic about the U.S. economy's prospects, distracting from worries about macroeconomic and geopolitical tensions. Yet some stocks had challenges they couldn't overcome, and Omeros (NASDAQ:OMER), Party City Holdco (NYSE:PRTY), and Overstock.com (NASDAQ:OSTK) were among the worst performers on the day. Here's why they did so poorly.

Shares of Omeros dropped 18%, falling back from their large gains over the past week. The upward move started on May 10, when the company said that it believed it had "clear paths to accelerated approval for OMS721 in both stem-cell TMA and IgA nephropathy." OMS721 is Omeros' lead treatment in a potentially groundbreaking area of biotechnology, and investors were pleased with the idea that the treatment's breakthrough therapy designation could lead to a potentially lucrative FDA approval. Yet that excitement gave way to some second-guessing as to whether Omeros will be able to move as quickly as initially expected. Until more actual news comes out, investors should expect continued volatility for the biotech stock. 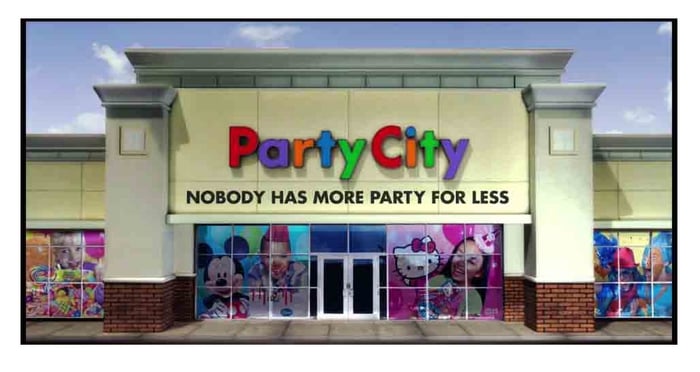 Party City Holdco stock fell 5% after the party goods specialist announced that one of its major shareholders would seek to sell a big stake in the company in a secondary offering. THL PC Topco LP expects to sell 12 million shares pursuant to Party City's shelf registration statement. At current prices, that works out to about $175 million, or more than 10% of the company's outstanding shares. Party City won't get any proceeds from the sale, but it's interesting that THL decided to do an open-market sale when another major shareholder back in December was able to persuade Party City to do a one-time direct buyback of almost 20 million shares.

Finally, shares of Overstock.com finished lower by 5%. On a good day for the retail sector, one might have expected for the e-commerce retail specialist to have found a way to participate in the upward move for its brick-and-mortar peers. Yet Overstock has made a big strategic move into the cryptocurrency arena lately, and today's news from the crypto front wasn't all that good. Bitcoin prices were down more than $200 to drop below $8,300, and some lesser-followed cryptocurrency tokens saw even larger percentage drops. Regardless of how its core retail business does, Overstock's fortune is now linked to that of bitcoin and its fellow cryptocurrencies -- for good or ill.