Please ensure Javascript is enabled for purposes of website accessibility
Log In Help Join The Motley Fool
Free Article Join Over 1 Million Premium Members And Get More In-Depth Stock Guidance and Research
By Natalie Walters - May 25, 2018 at 8:45AM

The e-commerce giant can use its smart speaker to pull even more shoppers into its ecosystem.

What matters is that both Alibaba and Amazon, the largest e-commerce companies in their respective countries, realize that the real way to make money off their smart speakers isn't through the price of the device, but by allowing customers to order products with it. 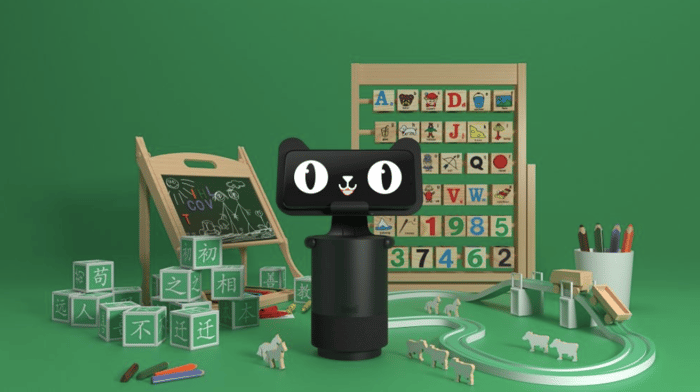 The Tmall Genie sells well against the competition

The Tmall Genie had a limited release in July and a wider release later in the fall. From October to December of 2017, Alibaba sold 1 million units, most likely getting a bump from holiday shoppers. That's something Apple's HomePod missed out on when Apple had to push its release date back from early December to early February.

By March, about eight months after its limited release, the Tmall Genie had sold 2 million units. That's similar to the estimated sales pace of the 2015 Amazon Echo, which sold an estimated 5 million units in its first two years of sales, including 2 million sold in the first nine months of 2016.

Alibaba's ability to quickly gain market share in the China smart speaker market is just another example of the company's built-in advantage. It is China's most well-known e-commerce company, with over 550 million monthly active users. In its latest earnings call, Alibaba noted that it was excited about the potential ways it can leverage those 550 million users to make other purchases in its ecosystem.

The Tmall Genie's quick rise in the China smart speaker market is also impressive when you realize the extent of its competition from these other big China-based companies:

JD.com (JD 2.69%): JD.com was the first company to introduce smart speakers to China. Its LingLong DingDong device came out in 2016 through JD.com's joint venture with artificial intelligence company iFlytek. JD.com released an advanced model this January that allows its customers to make purchases directly through its shopping platform and integrates updated features like facial recognition, a camera, and video calling.

Baidu (BIDU 1.86%): Chinese tech and search engine company Baidu released its Little Fish smart speaker in early 2017. This January, Baidu released three new smart speakers, including a smaller version of the original Little Fish; a combined smart lamp and smart speaker called the Sengled; and the popIn Aladdin, which is a speaker, a light, and a projector. Although Alibaba added "sight" (a feature that enables the device to use a smartphone's camera for certain functions) to its smart speaker in March, it doesn't have a lamp or projector feature yet.

Xiaomi: Chinese electronics and software company Xiaomi released the Mi AI speaker in the summer of 2017. This device could be tough to compete against because Xiaomi, known for its affordable electronics, sells it for just $45, compared to the Tmall Genie's $73 price. This March, Xiaomi even released a mini version of the speaker for $27.

The good news is that there should be enough room in the China smart speaker market for each of these five companies, especially since it's only about a two-year-old market in the country.

And China already trails the U.S. as the second-largest market for smart speakers, according to Canalys Research, which estimates that 38.4 million smart speakers will be sold in the U.S. this year, while just 4.4 million will be sold in China. With China's population dwarfing that of the U.S., the country's smart speaker market could easily leapfrog the U.S. in the near term as the devices become more mainstream and as the speakers' capabilities improve.

The real purpose for the Tmall Genie

Alibaba is the largest e-commerce platform in China, so its Tmall Genie will do fine against the competition, as it has already demonstrated with its 2 million units sold so far. The main point for investors is that Alibaba's Tmall Genie connects to Alibaba's online shopping site Tmall for voice-controlled purchasing.

So Alibaba has 2 million Tmall customers who can now order products from Alibaba's platform more easily than ever. They just speak the command, and their order arrives at their door while their money goes into Alibaba's pockets.

The Tmall Genie is just another way for Alibaba to suck customers into its retail ecosystem and build a trusting relationship with them. The winners in the fierce e-commerce fight in China will be the companies with the most loyal customers, who continue to use their products and services in the years to come.