Please ensure Javascript is enabled for purposes of website accessibility
Log In Help Join The Motley Fool
Free Article Join Over 1 Million Premium Members And Get More In-Depth Stock Guidance and Research
By John Ballard – Jun 8, 2018 at 10:46AM

The video game company's consumer products initiative just got a major boost with Hasbro and LEGO signing up to make "Overwatch"-themed toys.

Overwatch has been one of the most popular games over the last few years with a player base of 40 million (and growing). The franchise has also taken the world of esports by storm with strong viewership for Overwatch League, which has added to the excitement around the franchise.

The next phase of its growth strategy is to leverage the passion of Overwatch fans to create a sizable consumer products business over the long term, and the recent partnerships are a major step toward that goal. 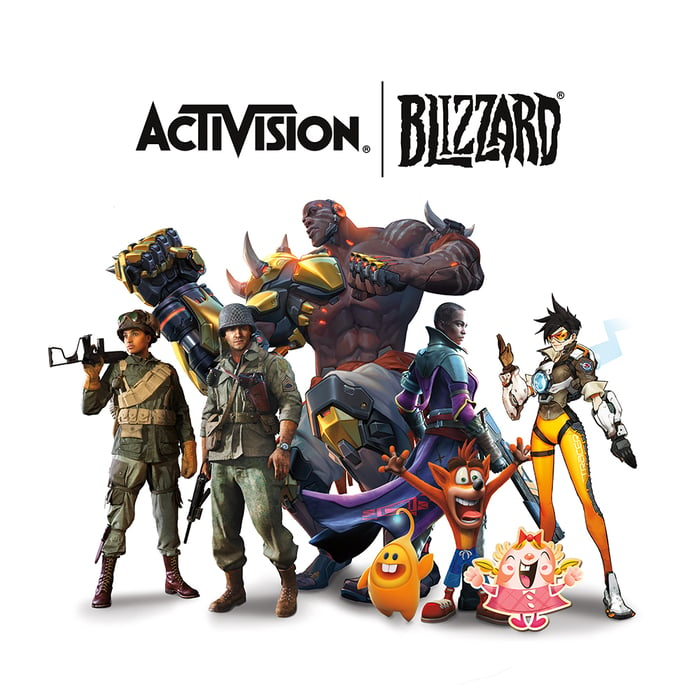 Consumer products could be a billion-dollar opportunity

Activision Blizzard owns some of the most popular franchises in gaming, including World of Warcraft, Overwatch, Call of Duty, and Candy Crush, among others, all reaching 374 million monthly active users.

Gamers spend billions of hours playing these titles every year. It only seems fitting that Activision should offer its player base other ways to express their love for those franchises outside of actually playing the games.

Over the last few years, Activision has formed separate divisions within the company to oversee the development of its esports leagues, consumer products, and cinematic ambitions. While divided into separate segments, these opportunities are all intertwined. For example, growing viewership of Overwatch League should naturally cross over to growing sales of Overwatch-themed Nerf blasters, and vice versa.

Activision is stepping into some big shoes here. Consider Walt Disney, which has turned its most successful movies over the years into a $4.8 billion consumer products segment through fiscal 2017. Activision sees a similar opportunity for its own popular gaming brands .

The company has reportedly generated about $300 million so far from consumer products, including merchandise, books, and collectibles. This is small potatoes compared to the company's $7.2 billion in revenue in 2017, but this initiative is still in its early stages.

Hasbro said it "will create a wide range of play experiences including NERF products, games, and more, based on the growing Overwatch universe and its characters."

This doesn't seem like a token toy that's a side-project for one of the world's largest toy makers. On the contrary, this seems very much like a major investment by Hasbro to make the Overwatch brand a key theme in its top-selling toy line.

Hasbro generated $5.2 billion in revenue last year, and Nerf is the company's largest brand. Hasbro executives believe Nerf could generate $1 billion in profit over the long-term. Clearly, this is a key product line Hasbro is investing heavily in to grow the company.

Nerf just completed its fifth year in a row of double-digit revenue growth and is the No. 1 toy and game property in the U.S., making this partnership a huge development for Activision's ambitions.

This won't just grow Activision's consumer products revenue but could have the additional benefit of marketing the franchise to new players, as Hasbro's Senior Vice President, Samantha Lomow mentioned in a statement:

The roster of bold, diverse characters, and a passionate following of more than 40 million players have inspired our teams to create an amazing product line that will not only appeal to the passionate Overwatch fan base, but also attract new fans into the Overwatch universe.

Of course, the larger the audience gets for Overwatch League and the game itself, the larger potential customer base there is for Overwatch-themed toys and other merchandise. Activision is not just getting a boost to its consumer product effort but also gaining a valuable marketing partner for the Overwatch brand and potentially other games down the road.

Activision's partnership with LEGO Group (which generated about $5.5 billion in revenue last year) to create several building sets based on Overwatch's in-game characters could prove to be even more significant than the deal with Hasbro.

The LEGO brand ranks far ahead of Nerf, according to a ranking of Kids Most Loved Brands published by a group called Smarty Pants. LEGO came in at No. 11 on the list, whereas Nerf placed at No. 41.

Together, these partnerships with Hasbro and LEGO say a lot about the potential for the Activision to grow beyond a strict video game audience to the broader world of entertainment. It also highlights the trend of video games and esports playing a bigger role in what kids and millennials are consuming.

Overwatch Nerf blasters will launch in Jan. 2019 with more products coming in the fall of next year. As it stands, 2019 could very well be the year Activision begins to fill some big shoes in the consumer products market.