The Internet of Things (or IoT) links formerly isolated objects -- think thermostats, cars, refrigerators, etc. -- to the Internet. All that connectivity allows devices to communicate with each other, provides us with vast amounts of previously inaccessible data, and does handy things like, for example, warn businesses when equipment is about to break down.

The IoT has been around for years, but the recent proliferation of low-cost sensors has made it easier and more affordable to bring all sorts of new things online. Here are a few facts that show how big this tech trend really is, and why investors should be paying attention. 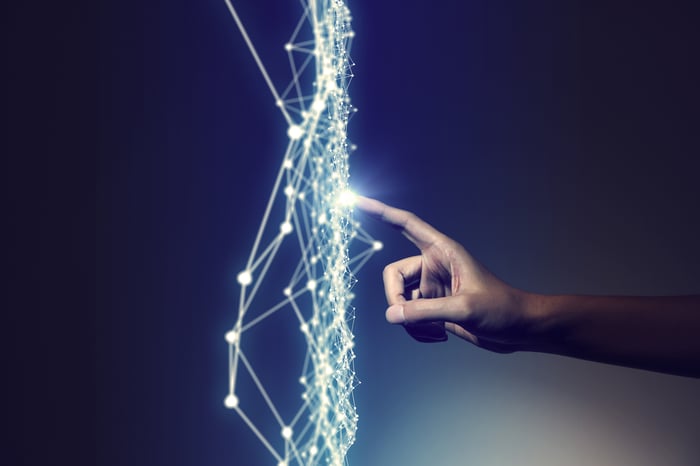 1. You can measure the IoT's worth in the trillions of dollars.

By 2025, the global worth of IoT devices, revenues, and cost-savings is expected to reach $6.2 trillion. The healthcare industry is forecast to account for the largest fraction of that at $2.5 trillion, with manufacturing close behind at $2.3 trillion.

2. Two years from now, there will be over 200 billion connected devices.

According to Intel (NASDAQ: INTC), there were 15 billion connected IoT devices in 2015, but the chipmaker calculates that number will jump to more than 200 billion by 2020.

Apple (NASDAQ: AAPL) became the world's top maker of wearable tech just a few quarters ago, when it outpaced Fitbit (NYSE: FIT) for the first time. Apple Watch sales are still a small portion of its total revenues (the company doesn't break out Watch sales in its reports), but the growth rate of the consumer IoT device market indicates that there's still plenty of room for Apple to expand its wearable business.

4. Vehicle-to-vehicle communication could cut the number of crashes in the U.S. by 600,000 a year.

Driverless cars get all of the attention these days, but allowing vehicles to talk to each other -- conveying everything from accident warnings to data about traffic conditions -- could prevent more than a half-million crashes in the U.S. every single year, according to the National Highway Transportation Safety Administration (NHTSA).

General Motors is currently the only automaker in the U.S. that sells vehicles equipped with this technology, but Toyota has plans to bring shortwave vehicle-to-vehicle (V2V) communications to its U.S. offerings in 2021.

It's also worth pointing out that tools to track industrial vehicles are already a growing part of the IoT. CalAmp (NASDAQ: CAMP) is a leader in the machine-to-machine (M2M) market. Its hardware and cloud-based software allow industrial equipment giant Caterpillar to track some of its construction vehicle fleets. 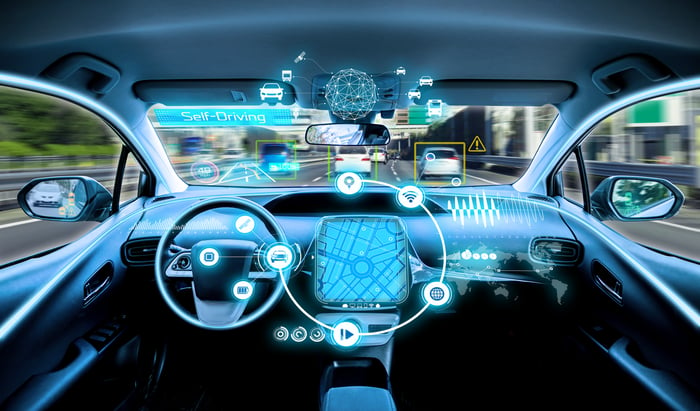 5. China may be leading the IoT already.

A recent Accenture study asserted that China's openness to the IoT, and its current investments in the technology, could add $196 billion to its manufacturing sector over the next 15 years. But Chinese tech companies are making big moves in the IoT space as well. E-commerce giant Alibaba (NYSE: BABA) just bought a large chipmaker -- Hangzhou C-SKY Microsystems -- to advance its cloud-based business.

Research firm IDC says China will outspend the U.S. in the IoT market this year, $209 billion to $194 billion.

6. The Internet of Things is improving farming.

Sensors embedded in the ground are providing some farmers with data that helps them provide more water, pesticides or fertilizer specifically to those crops that need them. AT&T (NYSE: T) recently partnered with a company called WaterBit, which makes solar-powered sensors to monitor soil moisture. When the sensors detect a specific part of a field needs more water, they signal an automated irrigation system that supplies it only to that section. As a Scientific American article noted last year, this type of "precision farming" not only conserves water, but can help boost crop yields as well.

The Internet of Things is transforming many industries, and there are still plenty of ways for investors to capitalize on its growth. Some tech companies, like Intel, break out their IoT-related revenues, but many don't. For example, Apple is clearly benefiting from its leadership position in the wearable tech space, but it still wraps up its smartwatch sales figures in its broad "other products" segment (which includes Apple TV, Beats, and HomePod, among other things).

Investors who are looking to profit from the IoT's potential should consider whether they want to buy stock in large companies that have minor exposure to the IoT, or small-cap business making bigger bets on it (or both). The former will offer more stability, but the latter could deliver more significant share price gains as the IoT expands.