Understand its potential, pick a key player, and stay patient.

At first glance, it may be easy for some people to discount driverless car technologies and the impact they'll have on the automotive and tech industries. After all, the very idea of self-driving cars still feels very much like science fiction. But one thing skeptics should keep in mind is that driverless car technology is simply the next logical step in a decades-long push by automakers and tech companies to make cars safer. It's the culmination of car buyers wanting safer cars and automakers innovating to meet those needs.

Autonomous vehicles could save an estimated 300,000 lives in the U.S. every decade by reducing fatal car crashes on our roads. Sure, the technology is still evolving and it's far from perfect. But once it matures and driverless cars become prevalent in the coming decades, it will make our lives safer and create entirely new businesses. Intel estimates that self-driving vehicles will spur on a new "passenger economy" that will be worth $7 trillion by 2050.

For savvy investors who see the writing on the wall, there's no shortage of investing opportunities. The world's top technology companies and automakers are pushing ahead with their semi-autonomous and autonomous vehicle plans -- and there's virtually no stopping them now. 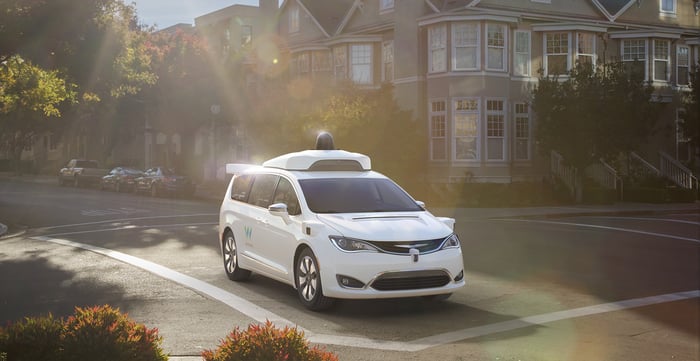 Technology companies you should keep an eye on

The inherent complexity of driverless car technology (which includes an array of sensors, mapping data, computer vision processing, chips, and artificial intelligence) means that there are plenty of stocks for investors to choose from. It all comes down to which angle you want to take in the market.

For example, if you're looking to bet on some tech leaders that are making big waves, but won't go under if driverless cars take too long to catch on, then there's Alphabet (GOOG -1.98%) (GOOGL -1.82%). The tech giant is the parent company of Waymo, a driverless car company that was spun out from Google's autonomous vehicle division. Waymo's vehicles have driven 5 million miles entirely on their own, and their self-driving computer systems have run through scenarios on 2.7 billion miles of virtual roads.

Waymo has taken the self-driving car lead right now because it already has a ride-hailing service that it's testing with the public in Phoenix, Arizona. Users can hail a self-driving minivan for short trips right now, and the company is adding 20,000 Jaguar sedans to its fleet over the next two years in an effort to offer more choice. Waymo is a small part of Alphabet's overall business, but a Morgan Stanley estimate last year put Waymo's potential enterprise value at $70 billion.

And then there are technology players that are creating some of the most sophisticated hardware that's literally driving autonomous innovation, like NVIDIA Corporation's (NVDA -0.66%) graphics processors. The company is already on its third version of its driverless car computer, called Drive PX Pegasus, which allows vehicles to process complex visual driving information in real-time.

NVIDIA's Pegasus platform combines advanced graphics processors and artificial intelligence to help automakers and tech companies create semi-autonomous vehicles. The tech will be used to potentially bring fully driverless vehicles to market by 2021. NVIDIA says that about 25 automakers are already using the company's self-driving platform to create autonomous robotaxis, and management believes the company's total addressable market in autonomous vehicle tech will be $8 billion by 2025. 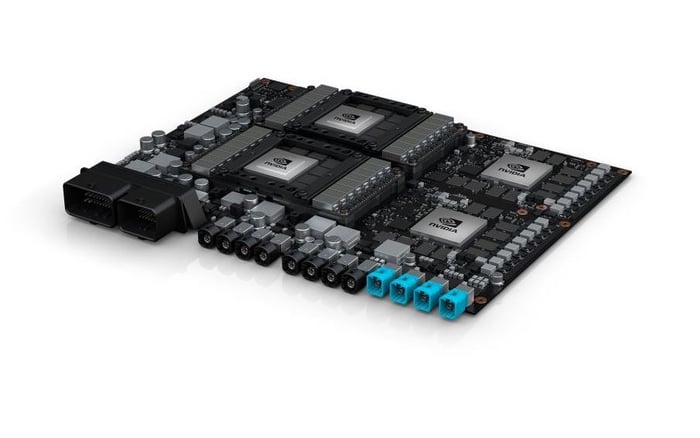 Don't forget about the automakers

Technology companies get lots of the attention in the driverless car space, but some automakers are taking the lead as well. General Motors (GM -3.52%) is investing $100 million to upgrade two of its factories so it can mass-produce self-driving cars and in 2016 purchased an autonomous vehicle technology company called Cruise Automation for more than $1 billion.

The company expects to launch its Cruise AV (autonomous vehicle) as part of a self-driving taxi fleet in major cities some time next year. GM has a clear advantage in the market because it can easily produce self-driving vehicles at scale and implement new driverless car technology from its Cruise Automation company into existing vehicles.

Similarly, Ford (F -2.35%) has plans to launch a self-driving taxi fleet by 2021 and has partnered with ride-hailing company Lyft to help make it happen. That adds an extra layer of complexity to the market, considering that both GM and Alphabet have invested in Lyft in the past. Ford may be slightly behind rival GM's plans, but it's nowhere near out the self-driving vehicle race.

And of course, the electric automaker Tesla (TSLA -1.10%) also has big plans for driverless cars. Tesla CEO Elon Musk has said that one of its vehicles will drive itself across the country within the next six months, all on its own. That goal was pushed back from its original timeline of last year as the company focused its attention on ramping up production of its new Model 3. 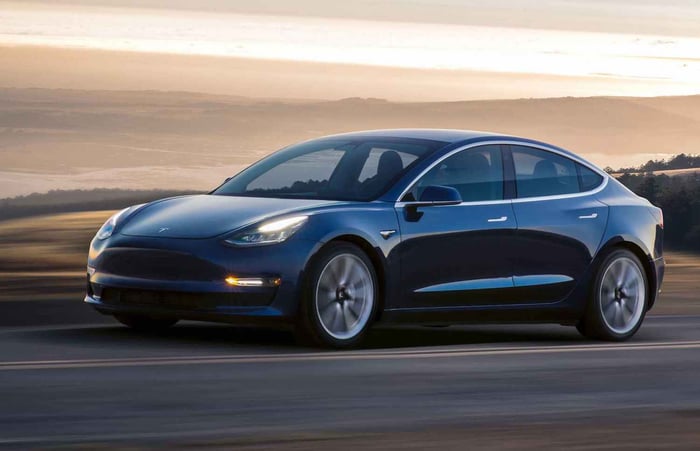 Tesla has taken the unique approach of outfitting its new vehicles with all of the hardware for full self-driving capabilities, but it's waiting to release the software update that brings all of the tech online until the company knows it's safe to do so. Right now, some Teslas can perform limited semi-autonomous capabilities (like lane changes) on major freeways. The fact that the company already includes all of the necessary autonomous hardware in its vehicles shows that Tesla is betting on a self-driving future.

There will be speed bumps, but remember this

There are a few things potential investors should keep in mind about this market. The first is that autonomous vehicle tech is far from perfect right now. The news of a fatal accident involving a pedestrian and a self-driving Uber vehicle in Tempe, Arizona last month is a prime example. Uber is no longer testing vehicles in Arizona and recently said it won't renew its self-driving vehicle permit to test its autonomous vehicles in California either. The crash was a sobering reminder that companies need to do much more testing before autonomous vehicles become prevalent.

Investors also need to know that we're likely to see more government regulation as more semi-autonomous technologies hit the road. That's not necessarily a bad thing, but it could end up slowing down some internal company timelines.

But the most important thing investors should remember is that at this point there's likely no stopping driverless cars from becoming a major part of our transportation industry in the coming decades. Semi-autonomous technologies are already being built into new cars and these features are only going to grow in the coming years. That means that investors who are looking to benefit from the autonomous vehicle market may want to consider hitching a ride now.