Even after some bouts of turbulence this year, the stock market sits near record highs and is moving toward what would be a 10-year bull run. Those conditions suggest that now might be a difficult time to find growth stocks valued at levels that leave room for huge upside, but there are still underappreciated companies you can invest in that trade at substantial discounts relative to their potential.

We asked three Motley Fool investors to profile some of the best under-the-radar growth stocks on the market today. Read on to see why they selected Encana (NYSE:OVV), Activision Blizzard (NASDAQ:ATVI), and Baozun (NASDAQ:BZUN) as top growth stocks for in-the-know investors. 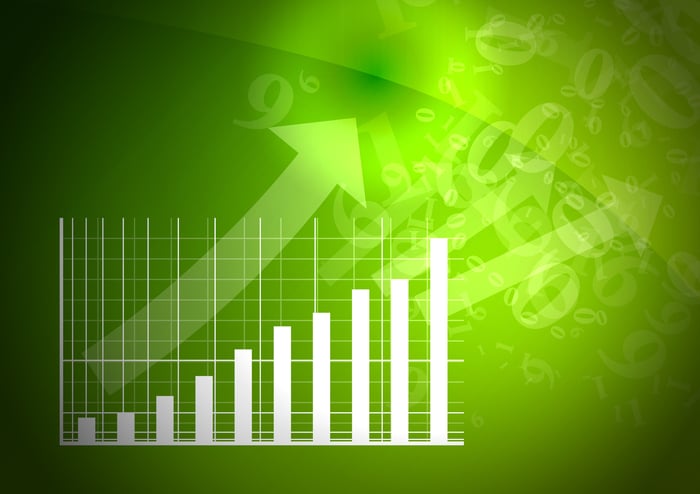 An e-commerce player with room to run

Keith Noonan (Baozun): Baozun stock has already climbed nearly 200% over the last year, but the company still looks to be at a relatively early stage of its growth trajectory. The company's service offerings have the business positioned at the intersection of promising growth trends -- namely, the rapid development of the Chinese economy and the rise of online retail. Factor in Baozun's increasing operational efficiency and partnerships with e-commerce giants like Alibaba and JD.com, and it's not hard to make the case that its best days are still ahead.

China has a strict regulatory environment and often requires foreign companies to partner with local ones in order to enter the market, which can make it hard for non-domestic companies to establish an online sales presence. Tapping into the distinctions between geographic markets also presents challenges, with businesses needing to tailor their presentation and sales strategies to match local consumer preferences. Baozun's platform presents an easy, one-source solution for getting over many of the hurdles associated with entering and thriving in the world's largest e-commerce market.

Baozun already counts big brands like Nike, Microsoft, Starbucks, and Calvin Klein among its list of brand partners, and it's still adding new partners at a healthy clip. The company is accomplishing that feat while going through something of a transition period. Baozun is also looking at providing services to small businesses as well, a move that would bring it closer in line to being "the Shopify of China," as it's sometimes described. That's a move that could open up huge new growth opportunities.

With a strong, niche position in a fast-growing industry, Baozun is one of my top picks for growth.

A cash flow machine in the making

Matt DiLallo (Encana): Oil stocks aren't often known as being great growth stocks, but that could change in the coming years now that the industry has shifted its mindset. Gone are the days of drilling just to drill. Instead, oil companies are focusing on earning the highest returns possible on their investment in new wells. One of the companies leading this new way forward is Encana.

The oil company unveiled its new strategy last fall when it laid out its updated five-year plan. Instead of boasting how much it could increase production in the coming years, Encana highlighted that it was on pace to grow cash flow at a 25% compound annual rate through 2022 by investing in drilling high-return wells. Because the company's focus was on increasing cash flow and not just production, its five-year plan has it on pace to generate an estimated $1.5 billion in excess cash over that time frame, assuming oil averages about $50 a barrel.

That fast-paced growth at a low oil price point puts Encana on track to create significant value for investors in the coming years -- even more so now that oil prices are well above its baseline level. That upside potential makes Encana look like a great stock for growth-focused investors to consider.

Travis Hoium (Activision Blizzard): You're probably familiar with Activision Blizzard's popular games like Candy Crush and the Call of Duty franchise of first-person shooter games. You may even play World of Warcraft or Overwatch. But beyond the arenas of typical console, PC, and mobile games you see regularly, there's the competitive gaming world of esports, which could be the growth driver of Activision Blizzard's business for the next decade.

There have been esports leagues for a few years now, popularized by Call of Duty World League and FIFA Interactive World Cup. But the first game and league built to be a durable esports empire is Overwatch League from Activision Blizzard. The initial 12 teams were sold for a reported $20 million each (a fee that's jumped to $60 million, according to ESPN), and Activision Blizzard built a dedicated stadium for the league.

Advertisers and streaming platforms are also lining up to be involved in Overwatch League. Amazon's Twitch streaming platform reportedly agreed to a $90 million two-year deal with Overwatch League, and HP Omen and Intel have $17 million and $10 million advertising deals, respectively, according to ESPN. It's no surprise businesses want to be involved given the fan engagement. Activision Blizzard reported that Overwatch League attracted over 10 million viewers in a four-day period in January when the league was launched, averaging 280,000 viewers per minute for the entire week.

What's encouraging for investors is that Activision Blizzard is just getting started in esports and has plans to expand Overwatch League by adding more teams and advertisers. It could also replicate the league's success with future games designed for the esports league format. Newzoo estimates that esports will be a $1.5 billion market by 2020 and Activision Blizzard has a head start in building the games and infrastructure to take advantage of the opportunity.