After years of outperformance, TransDigm missed earnings this quarter. Here's why the slowdown might be short-lived.

TransDigm Group (TDG 0.17%) has been an outperformer among aerospace stocks, with its shares up 150% over the past five years and more than 800% over the last decade, but its latest earnings report showed some signs of cooling off.

The company, which, since its formation in 1992, has used more than 60 acquisitions to build a portfolio of aerospace components, couldn't quite live up to analyst expectations in the quarter. There are some headwinds that must be navigated, but overall, the elements that have contributed to the stock's outperformance through the years remain in place today.

Here's a look at where TransDigm stands and the case for why the stock still has room to grow. 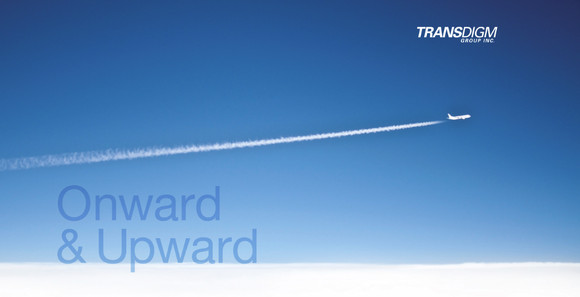 TransDigm's fiscal third quarter missed consensus by $0.06 per share on earnings and by about $12.61 million on revenue. The numbers disappointed investors, sending shares down about 3% following the report.

The company is still growing, with revenue up 9% year over year and adjusted net income up 21%, but those gains fell short of what analysts had expected. TransDigm's massive commercial aftermarket business, which was growing at a double-digit rate earlier in the fiscal year, was up just 8% in the quarter, and further deceleration is possible in the remaining months of the year.

CEO Kevin Stein, on a call with investors following the release, admitted, "maybe we are being too conservative" with the numbers but said that TransDigm is worried the growth rates seen in the recent past are not sustainable.

"We told everyone last quarter that we thought things were running a little too hot and we were a little bit lower this last quarter," Stein said. "I don't know where it's going to come in. The order book continues to look strong. This is just our forecast from what we see and our desire to be a little conservative in this market segment."

Diving deeper into the numbers, commercial interiors were a drag, while business jets and helicopters both remained strong. Results were also negatively impacted by interest expense up $15 million, or 10%, from the prior-year period on weighted average total debt of $12.4 billion in the current quarter versus $11.2 billion in the prior year.

TransDigm's outperformance over the years is in part thanks to an extended up-cycle in commercial aircraft orders, which has lifted many suppliers, but it is also thanks to some elements unique to this particular supplier. TransDigm generates about 90% of total sales from proprietary products and about 75% from products for which it is the sole supplier, allowing it some pricing power. It also generates a majority of its EBITDA from the aftermarket, which tends to have higher gross margins than bulk sales to new-plane manufacturers and which also tends to hold up better when aerospace orders inevitably ebb.

"Our long-standing goal is to give our shareholders private equity–like returns with the liquidity of a public market," board chair Nicholas Howley said during the investor call. "To do this, we have to stay focused on both the details of value creation as well as careful allocation of our capital. To do that, we follow a consistent long-term strategy. We own and operate proprietary aerospace businesses with significant aftermarket content."

Howley, one of TransDigm's founders, stepped down as CEO in April but has an employment agreement to remain executive chairman through 2024.

There's nothing in the quarterly numbers to suggest the model is falling apart. TransDigm reported organic revenue was up 4.4% overall on flat volume, implying that pricing continues to hold up well. As of June 30, TransDigm's estimated total-company sales backlog was $2.018 billion, compared to $1.601 billion as of June 1, 2017.

Boeing, an important TransDigm customer that has been squeezing its supply chain as it competes for new orders, in July reached a new agreement with the supplier. Deal terms were not disclosed, but TransDigm said it does not expect them to have any negative material impact on the company, which should ease investor concerns over whether its pricing power was sustainable.

TransDigm does not pay a regular dividend but routinely has returned unused cash to shareholders. Last fall, the company paid a special dividend of $22 per share for an annual yield of about 8% based on the share price at the time.

The company's capital allocation policies are pretty standard, with priorities given to reinvesting in existing businesses or acquiring complementary businesses over paying dividends or trimming debt. Howley said that despite increased interest payments given the relatively low cost of borrowing, paying down debt is "still likely our last choice in the current capital market conditions."

If so, shareholders could be in for a pretty healthy payment in the months to come. So far in fiscal 2018, TransDigm has spent about $660 million on acquisitions, and while Howley described the M&A pipeline as strong, nothing appears imminent. TransDigm expects to have about $2 billion in cash on the books by September 30 and more than $600 million available on existing credit lines and needs less than $500 million annually to operate.

With just more than 50 million shares outstanding, it should have more than enough cash to either match or beat last year's dividend assuming no substantial M&A opportunity surfaces in the months to come.

Given how far TransDigm has climbed and this quarterly stumble, a current investor couldn't be blamed for taking some profits. But I think there is still opportunity for significant upside for TransDigm.

Wall Street analysts had clearly gotten ahead of themselves with quarterly estimates, and I would expect a reset now to adjust expectations to account for higher interest expense. It also remains to be seen whether Stein is in fact being too conservative with his commercial aftermarket expectations or whether higher oil prices will reduce commercial flying and with it further reduce demand for TransDigm's spare parts.

TransDigm, trading at roughly 26 times earnings and 5.3 times sales, is far from cheap, but its valuation is consistent with its 10-year average. The strategy that has led to that out-performance remains intact, and Howley, the architect of that strategy, is signed on to remain involved for at least the next six years and remains focused on areas like M&A and capital allocation that make TransDigm special.

It's not too late to buy into this underappreciated aerospace firm.

TransDigm Cleared for Takeoff After Pentagon Closes Probe Into Pricing
413%