Check Point Software's misplaced priorities could cause it to miss out on the massive cybersecurity opportunity.

Check Point Software Technologies (CHKP -0.31%) had a great July. The cybersecurity specialist was propped up by an analyst upgrade and a second-quarter earnings beat, and news that it is going to double its share repurchase program also boosted investor confidence. But a closer look at how the company has been performing over the past few quarters makes it clear that it is not getting its priorities right, and could end up a laggard in the cybersecurity market compared to the likes of Palo Alto Networks (PANW 0.42%).

Check Point's top-line growth has been stalling, which should give investors sleepless nights as the company is missing out on the cybersecurity market's massive opportunity. 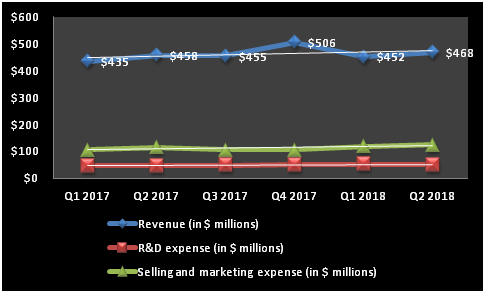 It is clear that Check Point's revenue has barely grown over the past few quarters. This isn't surprising, as it hasn't grown spending on research and development (R&D) or marketing over that time period. Check Point's total outlay on these two line items stood at $175 million last quarter, up just 8% from the prior-year period.

For comparison, rival Palo Alto Networks spent a total of $376 million on R&D and marketing during the last-reported quarter, an increase of 20% over the prior-year period. In fact, Palo Alto spends two-thirds of its revenue on these two line items, compared to Check Point's conservative outlay of 37%, which is why the former has been able to grow its customer base at a terrific pace.

Palo Alto's top line shot up an impressive 31% year over year in its fiscal third quarter as its customer count swelled to 51,000, up from 39,500 during the year-ago period. Check Point, meanwhile, doesn't specify the number of customers it has. What's more, Palo Alto Networks' momentum won't be dying out anytime soon, as another key metric indicates.

Palo Alto's deferred revenue jumped an impressive 34% last quarter to $2.2 billion, while Check Point saw just 9% annual growth in deferred revenue to $1.15 billion. Deferred revenue is an important metric for subscription-selling cybersecurity companies, as it is the amount of money received by a business for services to be delivered at a later date. This item is recognized as revenue on the income statement once the actual service delivery happens, so it indicates how strongly a company's subscription business is growing.

In the case of Check Point, there's hardly been any growth on this front. In fact, the company's deferred revenue growth has been patchy at best, just like its top line. This isn't surprising considering the tepid rate at which its subscription-centric revenue streams have been growing. 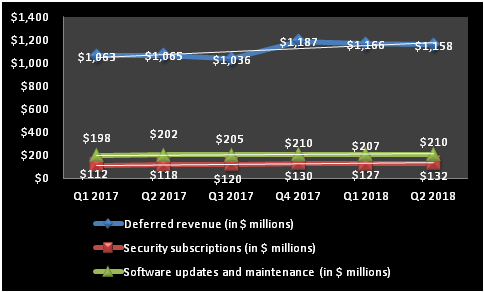 In all, Check Point isn't working aggressively enough to attract more customers, which is surprising given its solid balance sheet: The company is debt-free, is sitting on nearly $1.9 billion in cash, and has seen a strong increase in free cash flow over the past year. 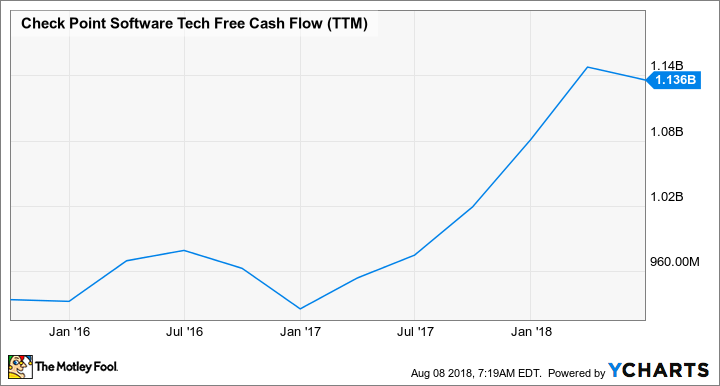 But management thinks that it's best to use these resources to support the stock price through buybacks, rather than spending aggressively to enhance its share of the cybersecurity market. Check Point has boosted its repurchase authorization by 100% to $2 billion.

Not surprisingly, analysts expect Check Point's earnings growth to come down big time over the next five years. Its earnings are expected to grow at a compound annual growth rate of just 6% over the next half decade, down from the 12% rate it's clocked over the last five.

Check Point Software seems to be losing the plot in the cybersecurity market, thanks to misplaced priorities that could cost it dearly in the long run. While it dawdles, its rivals are focused on relentlessly expanding their own customer bases.