Shares of ShotSpotter (NASDAQ:SSTI) rocketed 33.7% in August, according to data from S&P Global Market Intelligence. This brings the gunfire-detection technology company's year-to-date 2018 return to a whopping 306% through Friday, Aug. 31. 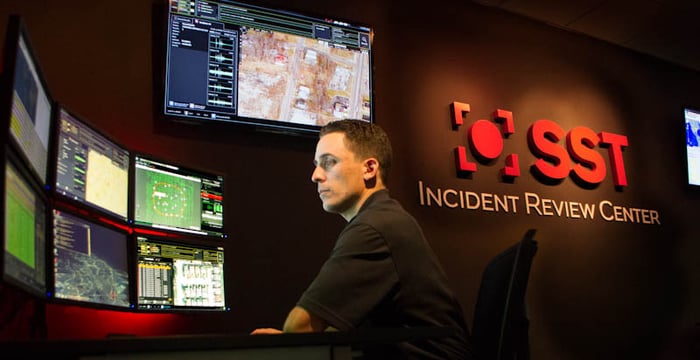 We can attribute ShotSpotter's robust August performance to a continuation of the momentum the stock has had all year as more investors discover it (the company went public in June 2017) and the release of encouraging second-quarter results on Aug. 2.

For the quarter, ShotSpotter's revenue jumped 53% year over year to a record $8.9 million. Its net loss narrowed to $370,000, or $0.03 per share, from $4.3 million, or $1.16 per share, in the second quarter of 2017. CEO Ralph Clark said that in "the second quarter we went live with initial deployments in two new cities and one new campus, expanded coverage in four existing cities, and turned on 61 net new 'go-live' miles, ending the quarter with 583 miles live."

The company guided for full-year 2018 revenue growth of 42% and reaffirmed that it's on target to achieve its first quarter of profitability, on a generally accepted accounting principles (GAAP) basis, by the fourth quarter of this year.

With strong revenue growth, profitability on the near-term horizon, and the topic of gun violence and how to deter it getting increased attention in the United States, ShotSpotter deserves a more in-depth look by growth investors.