Please ensure Javascript is enabled for purposes of website accessibility
Free Article Join Over 1 Million Premium Members And Get More In-Depth Stock Guidance and Research
By Dan Caplinger - Sep 5, 2018 at 9:17AM

General Electric might seem down and out now, but there's reason for hope.

General Electric ( GE -2.58% ) is one of the iconic companies in American corporate history. It was one of the founding members of the Dow Jones Industrials ( ^DJI ), and it evolved from its roots in making electricity a household staple to broaden its reach into a host of widely different industries. That's made GE's reversal of fortune so hard for many investors to understand, and even now, those who follow the stock aren't entirely sure how the conglomerate's turnaround efforts will take shape.

Yet amid all the gloom and doom surrounding General Electric, there is a reason for optimism. Despite suffering the indignity of being removed from the Dow earlier this year, GE now has the opportunity to join the ranks of many former Dow components that have gone on to have huge success after leaving the illustrious stock market index. 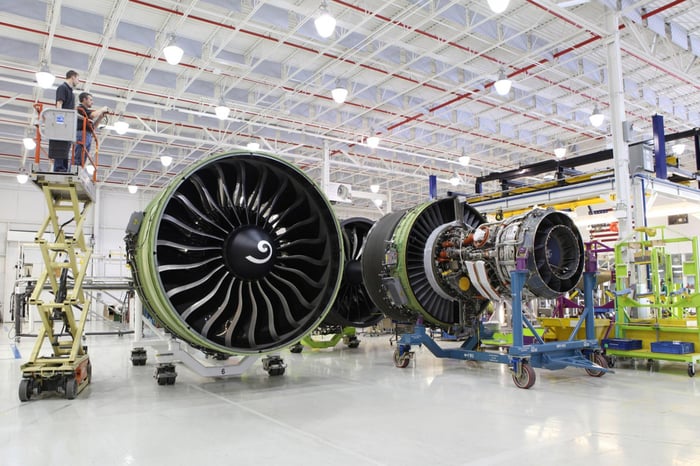 A history of Dow-reject recoveries

Typically, the Dow takes companies out of its ranks when they've hit roadblocks that seem insurmountable. Because of the price-weighted nature of the Dow, when stocks fall to low levels, they stop having much of an impact on the Dow's day-to-day movements, and the overseers of the index typically look for replacements that can more accurately reflect a broader cross-section of the stock market.

It's natural to assume that getting kicked out of the Dow is the ultimate kiss of death for a stock. But surprisingly, that hasn't been the case. Consider the following recent Dow evictions:

In that light, it might seem like the Dow did GE a favor by sending it packing.

Can GE join the winning side?

Of course, these gains don't just happen automatically. Before a stock gets kicked out of the Dow, sentiment generally has to reach extremely low levels, and that's largely where General Electric is right now. GE management has talked in broad brushstrokes about its plans to reduce debt, reorganize operations, and find avenues for future growth. But many investors remain largely skeptical, because many of the specifics thus far haven't been forthcoming.

Those who are bullish, on the other hand, point to all the favorable factors that General Electric has going for it. The aviation division remains one of GE's strongest units, and the healthcare business is also a major player in its industry. Despite challenges for the power and oil and gas divisions, General Electric is considering multiple strategic alternatives to decide how best to use these assets going forward. With the potential for spinoffs, sales, and mergers, GE should be able to refocus its efforts on what it sees as its most promising paths forward.

No statistical oddity like this ever works every time, and that's definitely the case with stocks dropped from the Dow. The most illustrious counterexample is probably General Motors, which was taken out of the Dow in mid-2009 following its Chapter 11 bankruptcy reorganization filing. Those shares eventually went to zero, with new stock being issued when the new GM emerged from bankruptcy as a separate and independent business entity.

General Electric isn't facing imminent bankruptcy, but it does have a lot of work to do if it wants to return to its former glory. Despite the potential need for a long, drawn-out turnaround, GE has the capacity to produce impressive returns in the near future if it can reverse the negative sentiment among its shareholders and get investors more optimistic about what's coming down the road for the industrial powerhouse.