A fast-growing independent producer, the biggest of the big oil companies, and this offshore specialist all caught our eye this month.

If you are looking for some great value stocks to buy, then the oil and gas sector is a good place to start digging these days. Across the board, there are loads of opportunities where Wall Street hasn't been paying attention. Whether it's producers growing in the scorching-hot Permian Basin, sleeping giants, or offshore specialists anticipating a surge in activity, investors can find some great deals in this industry today.

We asked three Motley Fool contributors to discuss one stock in the oil and gas space they think is a great buy right now. Here's a rundown on their three picks: Diamondback Energy ( FANG -1.99% ), ExxonMobil ( XOM 0.58% ), and Transocean ( RIG -1.99% ). 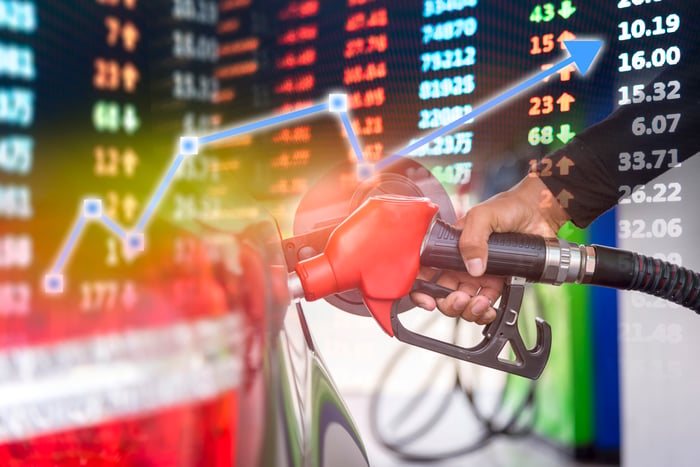 A growth-by-acquisition strategy that works

Matt DiLallo (Diamondback Energy): For Permian Basin-focused driller Diamondback Energy, "M&A activity is as fundamental... as the air we breathe," according to CEO Travis Stice. That's because the oil company uses acquisitions to move the needle on its most important financial metrics, which is the key to growing shareholder value.

The company's track record speaks for itself. Since going public in 2012, the driller made more than $5 billion in deals before this year, which combined to increase EBITDA per share by more than 800% at a time when oil prices have fallen 23%. That acquisition-fueled earnings growth has driven Diamondback's stock up nearly 600% over that time frame, vastly outperforming not only most other oil stocks but the S&P 500.

That past success in creating value via acquisitions is worth noting, considering that Diamondback Energy recently made its biggest deal yet in acquiring fellow Permian driller Energen (NYSE: EGN) for $9.2 billion. That transaction is accretive on all the metrics that matter to the company, including earnings and cash flow per share. Furthermore, it will significantly boost its scale and growth prospects.

While it could take Diamondback Energy some time to digest its recent prey, the company believes that the combination will create significant value for shareholders as it integrates the two companies and captures future cost savings. That upside potential, when combined with its growth prospects, makes Diamondback Energy one of the top oil stocks to consider buying this month.

Reuben Gregg Brewer (ExxonMobil Corporation): Is Exxon's business broken? The stock price languishing and the yield stuck at around 4% seem to suggest that the answer is yes. But that's a shortsighted view of the situation, even though falling production and middling returns on capital employed today do highlight the very real and very material issues Exxon is facing.

But this over 100-year-old company has been through troubling times before in the volatile energy industry. It has plans in place to address the current issues, including increased capital spending and a heightened focus on project execution. It expects its efforts to lead to a doubling of earnings, assuming energy prices remain around where they are today, by 2025. Earnings could grow even more if oil prices rise. That's a long way off, but with Exxon's yield at the high end of its historical range, you'll be paid handsomely for waiting through the current rough patch. 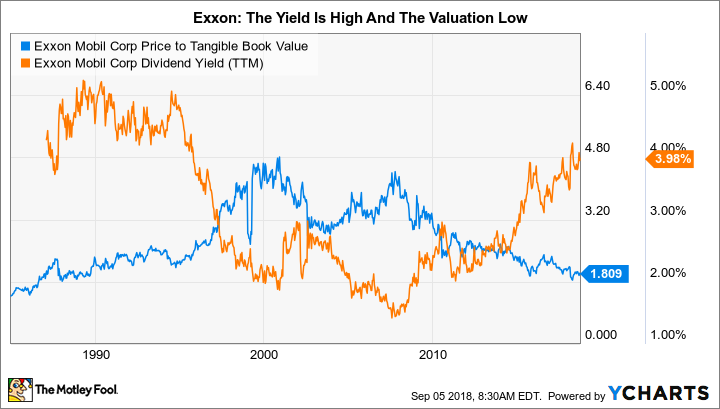 The oil giant's balance sheet, meanwhile, is in great shape to support the plan. Debt only accounts for around 10% of the capital structure, meaning it has plenty of room to keep investing for the future even if oil prices slump again. Waiting until 2025 won't be easy, but with the stock trading at a 30-year price to tangible book value low, now is the time to act. Don't wait until Wall Street recognizes that material progress toward the energy giant's goals have been made, it will be too late at that point. 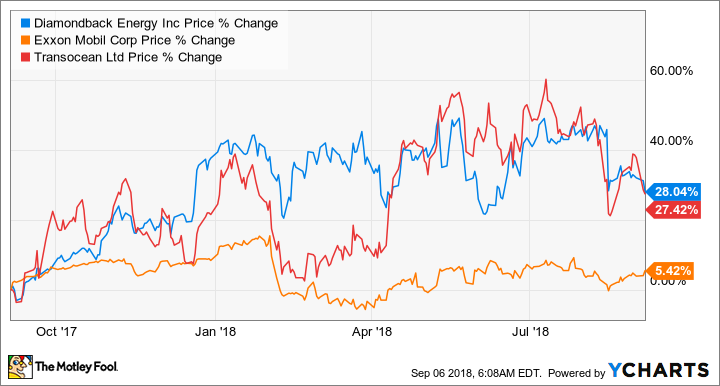 A company preparing for an offshore renaissance

Tyler Crowe (Transocean): Offshore rig company Transocean and its management team have been incredibly busy over the past few years. Ever since the offshore drilling market peaked around 2015, the company has undertaken a monumental effort to transform its fleet from one of the oldest on the open waters to one of the newest and most capable fleets out there. It's divested, sold, or retired 60 rigs from its fleet and focused its portfolio around rigs capable of handling either ultra-deepwater depths (more than 10,000 feet of water) or harsh environments like the North Sea off the coast of Norway. These rigs command the highest rates for use and typically are awarded longer contracts than their shallower, less capable brethren.

One thing that Transocean has used to its advantage during this transition is its balance sheet. The company entered this downturn with a mountain of cash and a manageable debt load. Now, as business starts to pick back up, it has the ability to acquire distressed companies at steep discounts, as evidenced by the most recent purchase of Ocean Rig UDW for $2.7 billion. This acquisition and last year's addition of Songa Offshore give the company the largest fleet of rigs at the premium end of the market and a backlog of work that is four times larger than its biggest competitor.

Transocean's management is getting aggressive with acquisitions right now for two reasons: (1) Assets are currently selling for huge discounts (the per-rig cost for Ocean Rig UDW was 58% cheaper than a new build), and (2) Transocean anticipates a significant uptick in offshore drilling activity in the next 18 months. According to management, there are 87 ultra-deepwater drilling programs coming up for bid before 2020 that will equate to 59 rig years of work.

Even though all of these things appear to be working in Transocean's favor, its stock is still trading for an absurdly cheap price-to-tangible book ratio of 0.43 times. If Transocean is able to capture some of the work (and why wouldn't they with its fleet?), then this could be the turn in the offshore market investors have been waiting for.