Please ensure Javascript is enabled for purposes of website accessibility
Free Article Join Over 1 Million Premium Members And Get More In-Depth Stock Guidance and Research
By Adam Levy - Sep 8, 2018 at 11:36AM

Can a portfolio of satellite apps increase engagement and support new features?

A lot of Facebook ( FB -1.14% ) users weren't very happy when, one day in 2014, they got a message in the big blue app telling them they would need to download a separate Messenger app if they wanted to keep messaging their friends on mobile devices. While the move might have caused some discomfort among users, it paid off for Facebook, which has seen its messaging app top 1.3 billion monthly active users.

The Messenger app was part of Facebook's unbundling strategy -- developing single-purpose apps based on popular features on Facebook. While the company has moved away from that strategy with its flagship app recently, it's still very much alive in its subsidiary, Instagram.

Instagram introduced a stand-alone IGTV app with the launch of a new long-form video feature. It's also been testing a direct messaging app for Instagram users. Now, it's reportedly working on a shopping-specific app.

Focusing on these single-purpose apps will allow Instagram to highlight the feature for users and businesses and create a better user experience. What's more, the stand-alone apps it's working on present significant opportunities to improve engagement and monetization. 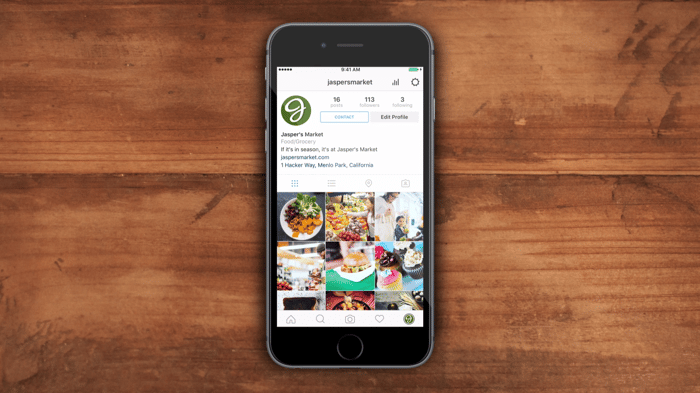 A big focus on shopping

"Instagram is quickly becoming the most powerful and valuable mall in the world where you not only browse, but can buy anything you see," BTIG analysts wrote in a note back in July. A shopping-specific app could take the trend to the next level.

Instagram started rolling out shopping-specific features a couple of years ago. Shoppable posts on Instagram allow businesses to tag items in their photos, and link to the details in their product catalog. Users interested in purchasing an item can click a buy link and go to the checkout page on the company's website. Instagram is currently working on making shoppable posts in Stories.

The monetization potential here is huge. If companies can see a direct sale through Instagram from their posts, there's a significant incentive to promote those posts and get them in front of more eyeballs.

Instagram isn't the only social app that sees potential in shopping. Snap ( SNAP -2.34% ) is working on a feature that will allow users to search for items just by pointing a smartphone at them. Such a feature relies on advanced image-recognition capabilities that Snap has developed over the last few years with its work on augmented reality lenses. Facebook, however, has also invested heavily in image recognition, and it could be yet another Snapchat feature that it copies.

With the launch of IGTV, Instagram's long-form video product, the company also introduced a stand-alone app. IGTV is also part of the main Instagram app, just like shopping posts and direct messaging. But with Facebook's recent focus on long-form video, it makes sense for IGTV to have its own app.

What's curious is that Facebook Watch, Facebook's flagship long-form video platform, doesn't have its own app. Facebook is investing hundreds of millions in original content and sports rights for the platform, yet it's hidden away in the corner of the big blue app.

The IGTV app is off to a slow start. Although over one million people installed the app in its first week, weekly installs decelerated quickly after the launch hype cooled off. Still, if Instagram can produce steady user growth for IGTV, it could have a meaningful user base in a few years, providing a significant source of video ad inventory.

A playground for new tools and features

Supporting a bunch of smaller apps allows Facebook to experiment with tools and features that could apply to all its apps. Consider that it started testing Stories on Instagram, and it quickly expanded the feature to all its main apps.

Instagram, for example, is reportedly working on a native payments feature, which would fit perfectly inside the shopping-specific app. While Facebook currently works with Shopify and BigCommerce, it might also develop an inventory management tool if shopping on Instagram proves popular enough.

IGTV could provide the necessary audience to test features that could improve video discovery and engagement. Facebook might finally develop an app for Facebook Watch after it has worked out the kinks with IGTV. After all, with so much money invested in Watch content, Facebook might want to give itself the best chance of success with a stand-alone Watch app.

The unbundling strategy is a smart way to engage users and test new features. Why Facebook moved away from it with its main app is still unclear, but it's a worthy investment for Instagram, which still has a ton of monetization potential left.