Tinder remains the growth driver of our business. Direct revenue in the second quarter for Tinder was up 136% compared to last year, subscribers grew 81%, and ARPU [average revenue per subscriber] rose 33%.

Tinder added 299,000 subscribers in the second quarter of 2018 and has added a total of 1.7 million in the past year. Artificial intelligence-powered enhancements are helping to improve the user experience and drive subscriber conversion and retention. The swipe-based dating app ended the quarter with 3.8 million subscribers.

Tinder Gold, a premium subscription tier of the app, is proving popular with users. In fact, Gold subscribers surpassed 50% of total Tinder subscribers in the second quarter. In turn, Tinder is enjoying strong increases in average revenue per subscriber.

A slate of upgrades is also helping to boost results. Tinder Places, a location-based feature that allows users to see potential matches who visit the same places they frequent, is boosting engagement between people who match via this feature. Picks, which provides Gold subscribers with a personalized daily selection of up to 10 people with similar interests, is giving subscribers more reasons to use Tinder on a daily basis. And TinderU, a recently launched student-focused experience inside the Tinder app, is designed to make Tinder even more attractive to the 20 million students on college campuses in the U.S, and millions more at international universities.

In all, these features and upgrades are expected to help Tinder generate more than $800 million in revenue in 2018. 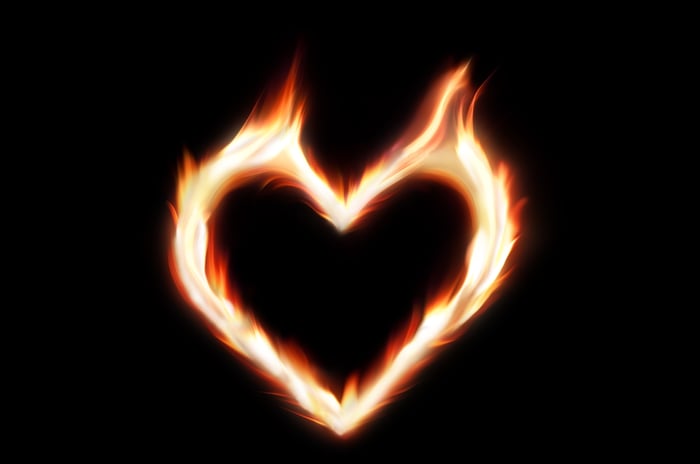 Hinge is an early stage, innovative product that is showing great momentum in the U.S. We've been fans of the product since they redesigned it late 2016. We developed an early point of view that the pivot was working and invested a small amount of capital in September 2017. Our initial investment gave us a board seat and allowed us to work closely with Hinge's passionate and talented team, led by founder Justin McLeod.

Since our initial investment, there has been fantastic consumer traction and momentum, particularly among young cosmopolitan singles. The user interface has been a hit with relationship-minded millennials, leading to strong word-of-mouth growth. Over the past year, Hinge's monthly downloads have increased by 400%. The momentum was compelling enough for us to invest further and increase our initial stake to 51%, and we have the option to acquire the rest of the company.

Ginsberg noted that a surprisingly high 35% of marriages in the U.S. are the result of dating apps. Match Group wants to ensure that apps geared toward serious relationships are well represented in its portfolio of brands.

Hinge is one such relationship-focused app. It caters to people in their 20s, so, Match Group believes that Hinge pairs well with Match.com, which tends to resonate more with people in their 30s and 40s.

Match Group is encouraged by Hinge's early success and views it as another exciting long-term growth driver. The company plans to ramp up marketing spending in the remainder of the year in order to further fuel Hinge's growth.

3. A massive opportunity in international markets

[W]e also see large opportunities for us to build presence in additional international markets where there's a large and growing single population. Tinder has a toehold in many of these markets, and we have a strong business in Pairs in Japan. There's room for us to have more products in more markets. In particular, we see a massive opportunity in certain Asian, North African, and Middle Eastern markets that have very young and highly mobile-savvy populations and plan to build share there over time, either organically or through M&A [mergers and acquisitions].

Dating apps have taken more time to catch on in many international markets than they have in the U.S. The silver lining is that Match Group has long runways for growth still ahead in these areas, where the company has a "tiny share" but sees "massive opportunity."

Match plans to grow organically as well as through acquisitions like its purchase of Japan-based Eureka -- developer of the mobile dating app Pairs -- in 2015. Pairs has since become the No. 1 dating product in Japan.

Better still, Match believes it can use a similar strategy, in which it combines its marketing and monetization expertise with local teams that possess detailed knowledge of their markets, to expand in other international countries in the years ahead.