During the first half of the year, it was smooth sailing for Electronic Arts (NASDAQ:EA). Its shares were up more than 36% heading into the first-quarter earnings report in late July, in which EA beat the consensus analyst estimate on the bottom line thanks to strong performance out of its EA Sports franchises, Madden NFL and FIFA. However, investors were apparently disappointed with management's forward guidance, which took the wind out of the stock's sails.

Things got rockier at the end of August when EA announced it was delaying the release of one of its biggest franchises (Battlefield V) by a month to Nov. 20 of this year and was lowering its full-year guidance as a result. 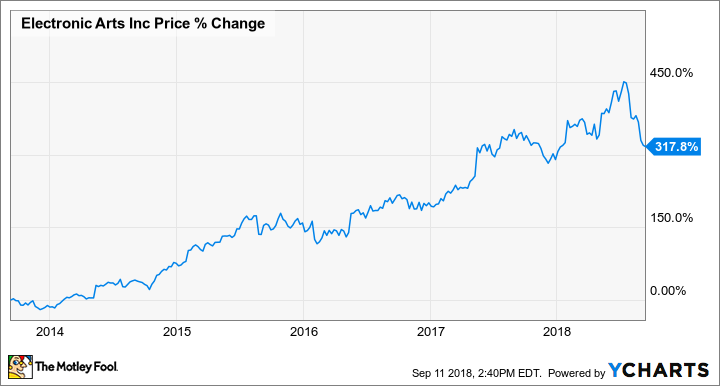 The double whammy of negative news over the last month has wiped out most of the share gains year to date. We'll review the latest guidance and why this may represent a good buying opportunity for long-term investors.

In a press release, CEO and CFO Blake Jorgensen said, "We're updating our fiscal year guidance to reflect the updated launch date for Battlefield V, the ongoing impact of foreign exchange rate changes, and our current outlook for our mobile business."

The Battlefield V delay will push a portion of the game's expected revenue out of fiscal 2019 (which ends in March) and into fiscal 2020. As a result, fiscal 2019 net bookings -- a non-GAAP number that accounts for physical and digital sales of games and other services -- is expected to be $5.2 billion instead of the previous guidance for $5.55 billion.

The company added that the impact on net income will be limited because a third of the downward revision (or $115 million) is a result of unfavorable changes in foreign exchange rates, in which EA has a hedging program in place that will limit foreign currencies' impact on the bottom line. 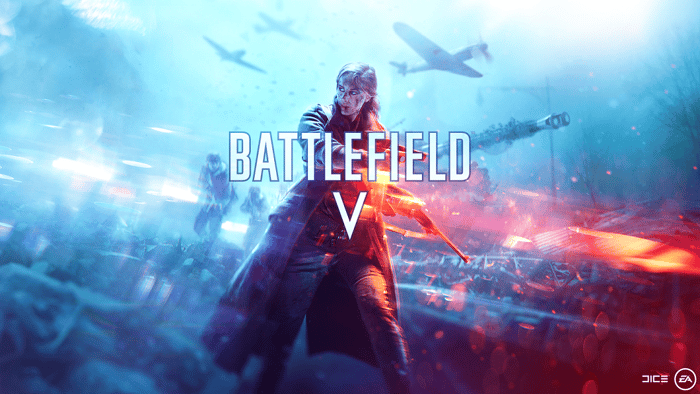 The mention of the mobile game business is not surprising given mobile revenue was down 2% year over year in the last quarter and has been underperforming the overall mobile market. I'm not too concerned about EA's mobile business because it only makes up 13.5% of total revenue, and the company has ample resources to invest and grow that segment over the long term, as I explained in a previous article.

Why the delay is not a bad thing

EA is delaying the release of Battlefield V from October to November to allow developers more time to work on it. This is a routine practice in the industry and makes for a much better scenario than releasing an unfinished game that is not ready for prime time, leading to potentially poor reviews (and sales) as a consequence. Take-Two Interactive (NASDAQ:TTWO) has delayed its highly anticipated Red Dead Redemption 2 a few times over the last few years for the same reason.

That leads me to why the Battlefield delay could actually work in EA's favor. This fall is expected to be one of the busiest seasons for game releases in recent history. Take Two's Red Dead 2 is releasing in late October and is expected to be one of the biggest sellers of the year. There are also high expectations for Activision Blizzard's (NASDAQ:ATVI) Call of Duty: Black Ops 4, which releases on Oct. 12. Pushing back Battlefield V's release date into November may allow it some breathing room next to these other big releases, which could help the game's sales in the short term.

There's tremendous buzz building for both EA's and Activision's first-person shooters this fall because these new releases will mark the first time a battle royale game mode has been featured in these best-selling franchises. Investors have high hopes that the inclusion of a battle royale mode will help the big game companies grab a share of the popularity of competing battle royale games like Epic Games' Fortnite, which has already made $1 billion within a year since its release.

EA is more than one game

The most important part of the announcement that I think makes this a buying opportunity for investors is what management said about its core business, which includes its EA Sports titles (Madden NFL and FIFA), Ultimate Team, and other popular games like The Sims 4. In the press release, EA stated that these core games "are expected to continue their strong operational performances."

Why is that important? Because it was the strong performance out of these core games that saved EA's holiday quarter last year following very poor sales of the highly anticipated Star Wars: Battlefront 2, which was released in November of last year.

EA's diversification across a deep catalog of titles anchored by its EA Sports titles fueled a 23% growth rate in live service revenue (which is what EA calls in-game spending) during the holiday quarter last year. The better-than-expected third quarter sent its shares up 7% to a new all-time high the day after the earnings report in late January.

The market is missing the forest for the trees

The bottom line is that EA is not dependent on a single game to drive its performance. While the market is worried about whether EA gets an extra few hundred million in revenue from Battlefield booked for this year or next, long-term investors should stay focused on where EA is going to be in 10 years.

EA has got a lot cooking in the oven right now. Its core sports titles have continued to perform well, and the game maker is currently pursuing other growth avenues in esports and a cloud gaming service to drive long-term growth.

The market is focused on one game, when there's a lot more going on at EA. This makes me believe that the recent 20% dip in EA's stock price is a buying opportunity.