Chip giant Intel (NASDAQ:INTC) was one of two sources for Apple's (NASDAQ:AAPL) cellular modems for the iPhone 7, iPhone 8, and iPhone X products. The company is believed to be the sole modem supplier for the recently launched iPhone XS, iPhone XS Max, and iPhone XR devices -- something that Intel modem rival Qualcomm (NASDAQ:QCOM) indicated on its July 25 earnings conference call.

Intel's share of Apple's modem needs over the course of the current product cycle is likely to be quite high, but it's not 100% -- Qualcomm CFO George Davis said that the company "will continue to provide modems for Apple legacy devices." (Apple still currently sells the older iPhone 7 series and iPhone 8 series products at discounted prices.) 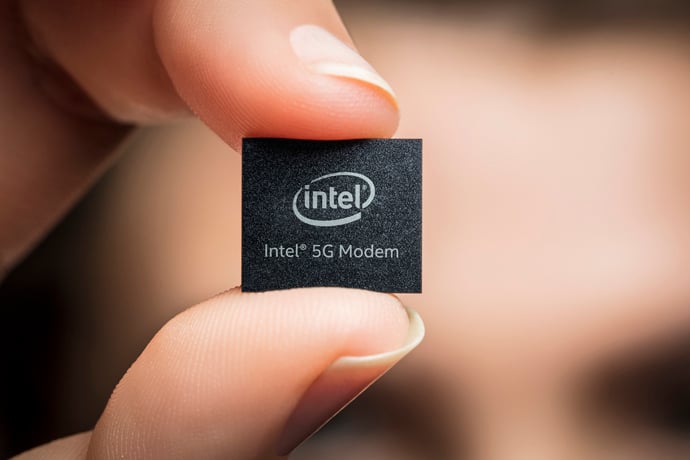 Here's why Intel could be set to gain further iPhone modem market share in the coming iPhone product cycle.

If Intel wins it all again...

Apple generally keeps three generations' worth of iPhones available in the market. At the top of its iPhone product stack are its newest models, with last year's models below them and the iPhones from the year before that another notch below. Today this means that the Intel-only iPhone XS, iPhone XS Max, and iPhone XR sit at the top of the stack, the iPhone 8 and iPhone 8 Plus -- which come in either Intel- or Qualcomm-powered versions -- are a step below, and then the iPhone 7 and iPhone 7 Plus (also offered in variants with either Intel or Qualcomm modems) sit at the bottom of the stack.

In that case, if Intel were to win all of the modem orders for next year's iPhones, Intel would be the exclusive vendor for both the latest models as well as the discounted previous-generation models. It would only split modem orders with Qualcomm for the iPhone 8 and iPhone 8 Plus, which will presumably be Apple's cheapest offerings in the coming product cycle.

If Intel manages to win the entirety of Apple's modem orders for both the iPhones that launch in 2019 as well as the iPhones that launch in 2020, then assuming that Apple discontinues the iPhone 8 and iPhone 8 Plus at that point (as Apple's history would indicate), Intel should be in every new iPhone that Apple sells -- increasing Intel's share within Apple and, presumably, boosting Intel's Apple-related modem revenue, too.

At that point, Intel wouldn't be able to grow its modem business by grabbing additional share in the iPhone -- it'd have to rely on other factors for growth, such as growth in overall iPhone unit shipments. Additionally, interim CEO and CFO Bob Swan did say during the company's July 26 earnings call that "as we migrate to a 5G world, we expect margins in the modem business to improve." This could be a clue that the company is counting on dollar content increases in future iPhones as its modems become more complex.

That's not a new strategy. In fact, Broadcom, a fellow Apple supplier, has enjoyed significant per-device dollar content increases for years, which has helped to fuel the growth of its own wireless chip business (which, like Intel's cellular modem business, depends heavily on sales to Apple).

Intel's modem business is just one part of its overall client computing group (CCG). In 2017, CCG generated about $34 billion in revenue. Of that, about $31.22 billion came from sales of platforms, while the remaining $2.78 billion came from what the company calls "adjacency" products. Cellular modems are a part of the company's CCG adjacency revenue.

Through the first half of 2018, Intel's CCG adjacency revenue was up 9.4% . I'd expect that revenue growth to accelerate in the second half of 2018 as a result of the company's apparent sole-source position in Apple's latest iPhones. However, in the scheme of things, though Intel's modem business has grown quite nicely and there's an opportunity for this segment to keep growing for a while, it's still ultimately nowhere near as important as, say, the company's notebook and desktop processor businesses.