Reversing the 20% slide that the stock had through the first eight months of 2018, shares of Ballard Power Systems (NASDAQ:BLDP), a leader among providers of fuel-cell solutions, climbed 21% in September, according to data from S&P Global Market Intelligence. What charged up investors during the month? Besides the company's decision to reduce its exposure to the defense industry, investors celebrated the company's announcement of a new fuel cell for the heavy-duty motive market.

In a transaction valued at up to $16 million in cash, Ballard announced that it will divest some noncore assets of its subsidiary Protonex related to the company's power manager business, which provides fuel-cell solutions for mission-critical military applications. According to CEO Randy MacEwen, the move will help Ballard optimize its portfolio as it seeks to take advantage of "the developing value proposition and attractive market opportunities for fuel-cell electric vehicles, or FCEVs, in heavy- and medium-duty motive markets, including bus, truck, rail, marine, and other applications." 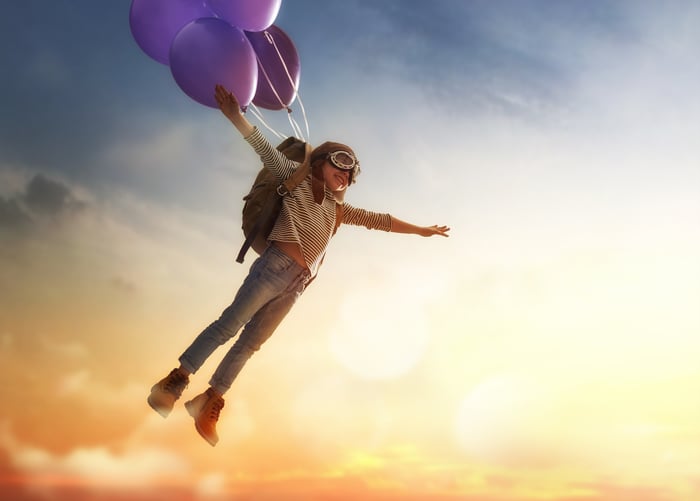 Further demonstrating its interest in providing fuel-cell solutions for the transportation market, Ballard introduced the FCgen-LCS, a fuel-cell stack well suited for buses, commercial trucks, and trains in addition to other applications like forklifts. Compared with the current generation of liquid-cooled fuel-cell stacks, the FCgen-LCS offers a significant value proposition, according to Ballard. For one, the design and processing improvements in the FCgen-LCS are expected to yield a 40% reduction in the total cost of ownership and provide a 33% increase in power density. Ballard expects the launch of the product to occur in 2019.

It's not surprising that investors responded so favorably to the company's announcement of its intention to divest its noncore assets related to Protonex for approximately $16 million. The company might be a global leader in providing fuel-cell solutions, but, over the past decade, it has failed to generate positive operational cash flow in a given year. Consequently, the $16 million in cash will go a long way in helping the company to keep the lights on. But it can only go so far; divesting noncore assets is hardly a practical long-term business strategy.

News of the company's decision to pivot away from the power manager business, moreover, is hardly surprising considering the company's August announcements of major deals with Weichai Power and Zhongshan Broad-Ocean Motor Co. Ltd. But Ballard has a long road ahead before it can proclaim success in proving the fuel-cell business can be profitable.