Stocks fell sharply Thursday for the second session in a row. Investors appear to be concerned about higher interest rates, inflation, and trade issues, although there was good news on two of those three fronts today. The rate on 10-year Treasurys fell for the second straight day, and the consumer price index rose less than expected for the second straight month. Nevertheless, the Dow Jones Industrial Average (DJINDICES:^DJI) and the S&P 500 (SNPINDEX:^GSPC) registered major declines.

As for individual stocks, Delta Airlines (NYSE:DAL) reported a better-than-expected quarter, and Livent Corporation (NYSE:LTHM) had its first day of public trading. 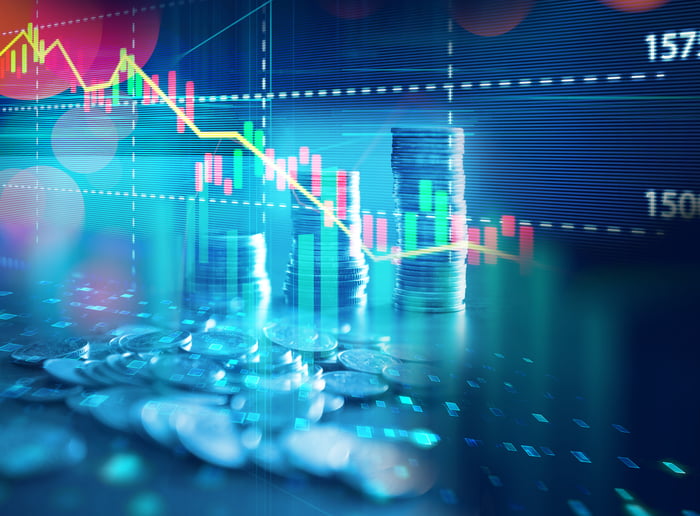 Delta Airlines, the first major U.S. airline to report third-quarter earnings, provided some needed lift to the market when it reported results that beat expectations, boosting the stock up 3.6%. Revenue increased 8.1% to $11.95 billion and adjusted earnings per share came in at $1.80. Analysts were expecting the company to earn $1.74 per share on revenue of $11.94 billion.

Increasing demand and higher ticket prices offset higher fuel costs. Revenue passenger miles grew 3.8% and passenger mile yield -- the average amount a passenger pays to fly a mile -- rose 4.2%. Total revenue per available seat mile was up 4%, on the low end of the guidance given last week, but earnings came in at the high end of guidance, thanks in part to non-fuel cost controls.

The company was upbeat about next year. "Our commercial momentum and improved cost trajectory give us confidence that we are on a path to deliver continued top-line growth and expand margins as we move into 2019," said CEO Ed Bastian in the press release.

Delta's ability to grow capacity while passing along higher fuel costs to its customers was good news to investors today.

A new lithium stock gets a lukewarm reception

Livent Corporation, a pure-play, fully integrated lithium producer, traded publicly for the first time today. The stock slipped 0.2% from the offering price, which had been lowered from the company's initial expectation. Shares of the business, a spin-off of mining giant FMC Corporation (NYSE:FMC), were offered at $17, below the $18 to $20 range the company cited in its filing with the Securities and Exchange Commission last week. FMC offered 23 million shares to the public and underwriters, holding on to 84% of the ownership of Livent. Based on the closing price, the market capitalization of the newest lithium stock is $2.4 billion.

The new company is focused primarily on serving the rapidly growing demand for lithium in batteries, especially for the electric vehicle market, while also supplying the metal for greases, pharmaceuticals, and aerospace applications. The business is profitable and growing rapidly. Revenue in 2017 grew 32% to $347 million and in the first six months of 2018 is up 51% from the period a year earlier. Pro forma earnings per share for the first half of the year were $0.48, compared with earnings of $0.29 per share for all of 2017.

Livent is now the largest pure-play lithium stock on the market. A shaky stock market and concerns about oversupply of lithium held back its share price today.