Please ensure Javascript is enabled for purposes of website accessibility
Log In Help Join The Motley Fool
Free Article Join Over 1 Million Premium Members And Get More In-Depth Stock Guidance and Research
By Lee Samaha – Oct 12, 2018 at 8:16AM

A dividend cut might be just what the company needs right now.

The recent change of CEO and a guidance cut at General Electric Company (GE -3.03%) are indications that GE's board feels a change of direction is necessary. I think one of the first things new CEO Larry Culp should be looking at doing is cutting the company's dividend. Let's take a look at why -- and at why that might actually be good news for investors.

What the latest news means for investors

In a nutshell, the recent announcements -- profit warning and change of CEO -- call into question the sustainability of the dividend and the existing plan (created by former CEO John Flannery) to improve the company's debt metrics in order to improve its rating with the credit agencies.

I'll deal with these points in turn.

GE's deteriorating FCF generation -- principally a consequence of the ailing power segment suffering significant profit declines -- has long been a major gripe for bears watching the stock. GE's original FCF guidance for 2018 called for $6 billion to $7 billion, but Flannery lowered expectations to $6 billion on the second-quarter earnings call, and the latest communique calls for a figure of less than $6 billion.

But here's the thing. GE's existing dividend requires around $4.2 billion in cash, and the company has a large pension deficit to fund -- assume a figure of $2 billion for 2018 -- meaning that available FCF won't cover the dividend.

Granted, this year is supposed to mark a trough in GE's earnings and FCF, but given the deterioration in power and the need to use cash for restructuring, it's far from clear what kind of FCF GE will be generating in 2019. It would surely make more sense simply to cut the dividend and focus on using the cash to improve the business for the long term.

GE's credit rating is extremely important for the future of the company, and the response of the credit rating to the latest disappointment means Culp will be under pressure to rethink GE's plans.

Not only is GE a highly indebted company, but it's also been criticized for using substantial amounts of short-term commercial paper in order to assist with its working capital. 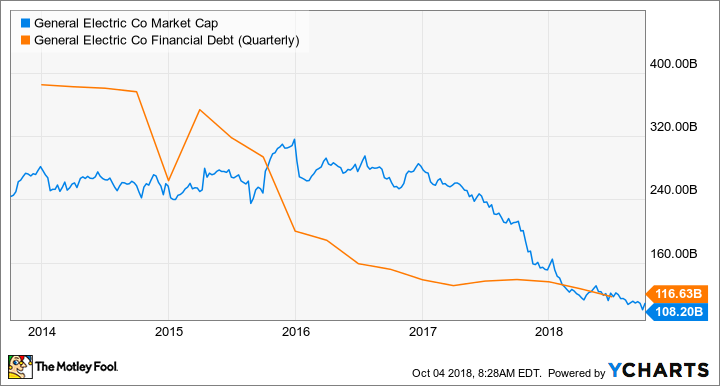 To be fair, Flannery did attempt to reduce reliance on short-term paper, but events like deteriorating FCF generation have caught up with the company. If GE is going to improve its credit rating, then a dividend cut could be in the cards. It would likely improve matters with the rating agencies.

Going back to the plan unveiled at the company update in June, it appears that events have superseded it, and it strikes me that Culp has a few options worth looking at:

Of course, if Flannery was still in charge, making these changes to the company's plans would have made his position as CEO untenable, but with a new CEO in charge, investors might be more forgiving.

Such moves would free up cash to restructure the business and put it on a stronger footing for the future. 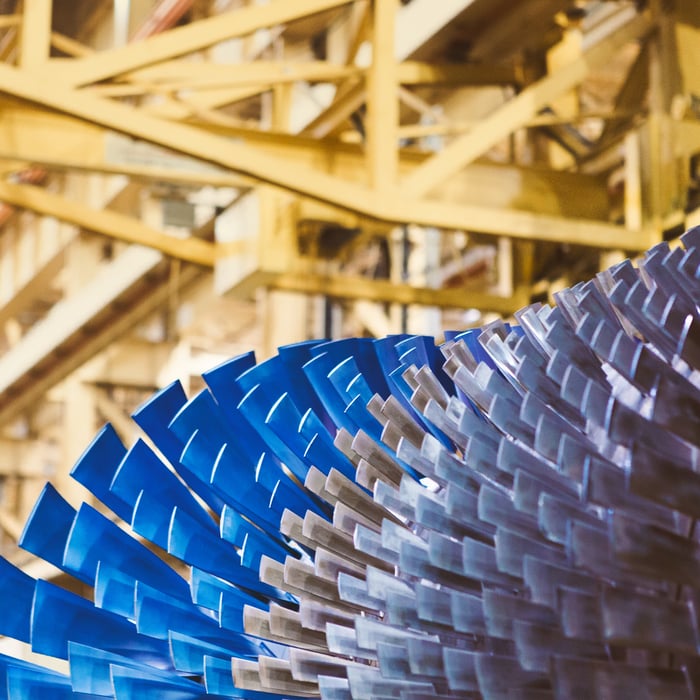 GE's problems with its power segment mean Larry Culp might have to rethink the dividend policy. Image source: Chris New for GE Reports.

What counts in the end is making the company stronger for the long term. One of the big problems Flannery had was convincing investors that the company was on the right long-term track even while many had serious misgivings about his near-term earnings guidance.

It wouldn't be surprising at all if Culp cut GE's dividend and/or adjusted/abandoned the healthcare spinoff, but if it's the best thing for the company in the long term, investors shouldn't be too worried.