Decelerating revenue growth, shrinking margins, and surging expenses: Facebook's (NASDAQ:FB) Q2 earnings results were not for the faint of heart. Three months after that report lopped $120 billion off the social network's market cap, however, one analyst is stepping up to call Facebook stock a buy today. 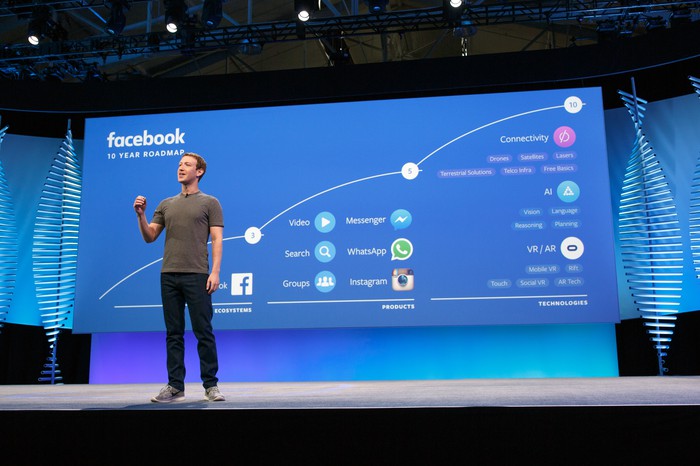 Facebook's last earnings report came out on July 25. Its next report will arrive after close of trading on Oct. 30.

One analyst isn't waiting to hear the news, however, before rushing out with a buy rating. This morning, NYC-based Rosenblatt Securities announced that it's initiating coverage of Facebook with a buy rating and a $213 price target that implies Facebook shares will soon be trading back above what they cost before July's collapse -- and could deliver new investors as much as a 36.5% profit off today's prices.

What has Rosenblatt so optimistic about Facebook? You may be surprised to hear that while the analyst pinpoints skepticism about Facebook's ability to hit "consensus estimates" as behind the stock's current low valuation, Rosenblatt actually...agrees with that skepticism. The analyst thinks the company will miss earnings for the next little while -- but it's recommending the stock anyway.

There's just one problem. With Facebook stock currently selling for just over 18.5 times fiscal 2019 consensus earnings estimates and priced at a valuation below "1x consensus growth expectations thru CY20E," Rosenblatt argues in a note covered on StreetInsider.com (subscription required), "there appears to be little confidence" Facebook will earn all the profits that Wall Street says it will earn.

Indeed, even Rosenblatt itself expresses skepticism that Facebook can hit its numbers, predicting that 2019 will see Facebook earn no more than $7.63 per share. "[P]rolonged News Feed pricing weakness" will put a cap on the revenue the company can collect, the analyst says, while "greater safety and security costs through Q219E" will depress the profits it can earn on that revenue, resulting in below-consensus earnings.

So why is Rosenblatt recommending that you buy Facebook stock anyway? In the analyst's view, "[T]his anticipated shortfall [is already] priced in the shares."

The analyst says, "While CY19 will be a year of rebuild, we see a bottoming for News Feed (NF) fatigue and enough light ahead with new product innovation and ad unit [optionality] including with Instagram and Watch longer-term."

Is Rosenblatt right about that? Here's how I look at it. Thirteen percent projected earnings growth over the next couple of years isn't exactly the kind of barn-burning growth that Facebook investors ordinarily like to see. But even so, the longer-term outlook for its growth rate remains strong, with five-year projected rates still averaging close to 19%.

With the company currently valued at just $443.2 billion ($401 billion net of cash), and Facebook raking in more than $19 billion in annual GAAP profits, shares are selling for just a bit more than 21 times trailing earnings. If it succeeds in returning to 19% growth rates, that's probably a fair price to pay for what's inarguably still the world's most successful social networking company.

In my conservative view, Facebook still isn't quite a screaming bargain. To make that argument, I'd need to see an even higher projected growth rate, or considerably more profits than Facebook is currently pulling down. Regardless, for a company of Facebook's quality, and with Facebook's market dominance, a fair price may honestly be the best an investor can hope for when seeking an entry point.

Thanks to the last three months' sell-off, I think we're finally close to reaching that point.

Down 28% In 3 Months, Will Facebook Stock Ever Recover? 1 Analyst Thinks So @themotleyfool #stocks $FB Next Article
Current