Thursday continued the stock market's recent string of choppy trading days, with major benchmarks sinking more than 1%. Substantial concerns about the state of the Chinese economy were on investors' minds, and the fact that trade relations between China and the U.S. remain strained has some market participants worried that putting too much pressure on the Chinese could spur dramatic action that would be detrimental to the global economy. Yet even with those troubles, several companies bucked the downtrend, largely due to positive earnings reports. Alcoa (NYSE:AA), Genuine Parts (NYSE:GPC), and Heartland Express (NASDAQ:HTLD) were among the best performers on the day. Here's why they did so well.

Alcoa stays on the upswing

Shares of Alcoa rose 6% after the company announced its third-quarter financial results. The aluminum maker said that revenue jumped 14% from year-ago levels, and although it posted a net loss, Alcoa's bottom-line results were better than expected after accounting for one-time adjustments. Alcoa took steps to shore up its financial condition by making a nearly $200 million contribution toward reducing its pension liability and debt, and it also committed another $200 million toward stock buybacks. With updated projections guiding investors toward the higher end of previous full-year earnings estimates, Alcoa remains confident that it can take advantage of expected global deficits in aluminum supply to make further financial progress. 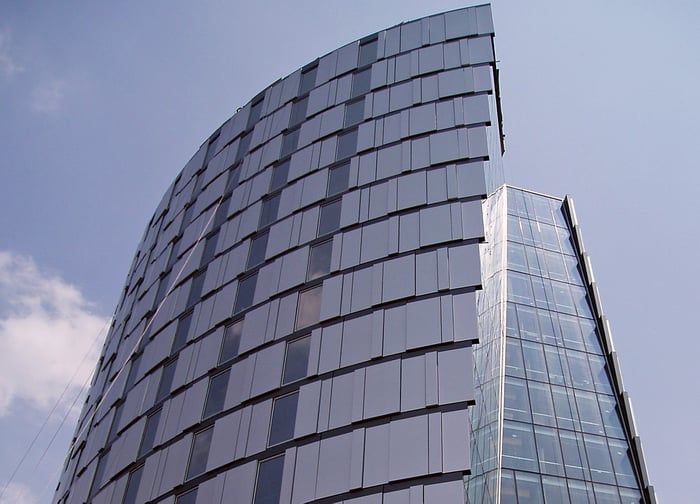 Genuine Parts stock gained 6% in the wake of the release of the company's latest financial results. The auto parts maker enjoyed a 15% rise in sales during the third quarter compared to the year-earlier period, and adjusted earnings per share were up almost 30%. CEO Paul Donahue said that both organic growth and favorable strategic acquisitions contributed to the strong financial performance, and Genuine Parts also increased its sales growth projections by a percentage point to a range of 14% to 15%. Although the company narrowed earnings guidance toward the lower end of its previous projection, Genuine Parts looks poised to continue its long streak of success.

Finally, shares of Heartland Express picked up 7%. The trucking company reported that revenue numbers were down sharply in the third quarter of 2018 compared to last year's third quarter, but Heartland managed to cut its expenses by an even greater amount. That helped the transportation specialist bring in more than double the amount of net income it earned during the most recent period, and CEO Michael Gerdin believes that the current industry environment remains favorable. Heartland has had a difficult time over the past year despite having promising prospects, but today's news brings shareholders hope that the tough times could be coming to an end.