There's going to be a change in a key position as well.

It's been a tough month for software-as-a-service (SaaS) companies. For the past two years, it seemed like many could do no wrong -- and shares boomed as a result. Those sky-high valuations came crashing down to earth in October.

Education SaaS player Instructure ( INST ) was no exception, with shares losing 35% from their July highs before earnings came out Monday night. But investors are enjoying a respite for now -- with the stock up 14% as of this writing on Tuesday after reporting solid earnings. As you'll see below, though, the figures weren't the only big news. 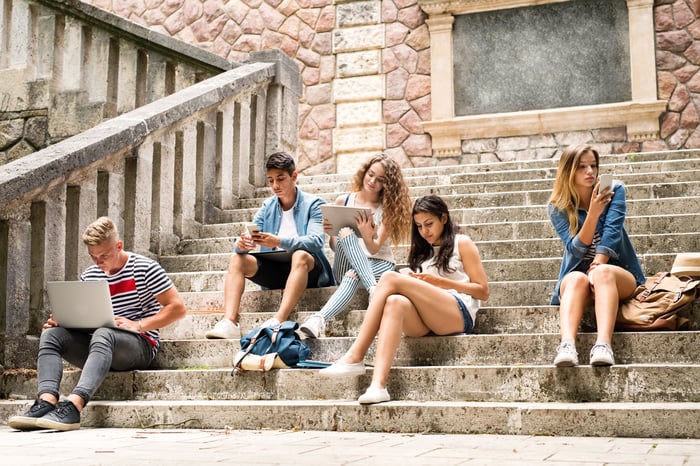 Before getting into the details, let's take a look at how Instructure performed on the headline numbers.

The company was able to show leverage across the board. Non-GAAP gross margins -- which back out the effects of stock-based compensation -- improved 60 basis points to 72.5%. And operating expenses grew at a much slower clip -- 19% -- than revenue. Those factors combined to both shrink the company's overall loss, and see free cash flow grow by one-third.

Changes on the horizon

The other piece of big news was that CEO Josh Coates will be transitioning out of his role as CEO after more than eight years leading the company. Coates was Instructure's first investor after the company's co-founders -- Brian Whitmer and Devin Daley -- presented the idea for the company as a class assignment at the university where Coates was teaching. "After more than eight years as CEO of Instructure, it's time for me to take on a new role within the company," Coates said in a press release.

Coates will become the executive chairman of the board, while current president, Dan Goldsmith, will take the reins as CEO, effective Jan. 1. Goldsmith came to Instructure from fellow SaaS success story Veeva Systems last year.

The company announced a number of contracts signed with major school systems and companies. The company's Canvas product -- which is a learning management system for schools -- had wins that included:

While the company is still a long ways from being profitable on a GAAP (unadjusted) basis, that shouldn't concern investors too much. Free cash flow over the past 12 months has clocked in at a loss of $19 million.

While that may sound bad, it's a huge improvement from the $37 million loss the company had last year. With $171 million in cash on the balance sheet and zero long-term debt, Instructure is on solid footing.

For the fourth quarter, management expects revenue to come in at a midpoint of $55.7 million, which would represent 27% growth. Non-GAAP earnings are expected to come in at a midpoint loss of $0.15 per share. If it hits this target, it would represent a 44% narrowing from last year's loss of $0.27 per share in the fourth quarter.