Please ensure Javascript is enabled for purposes of website accessibility
Free Article Join Over 1 Million Premium Members And Get More In-Depth Stock Guidance and Research
By Keith Noonan - Nov 10, 2019 at 11:56AM

The provider of learning-management systems trades near a lifetime high after last month's earnings beat.

Shares of Instructure ( INST ) gained 20.6% in October, according to data from S&P Global Market Intelligence. The education technology company marched higher in conjunction with market momentum and then posted steeper gains following its third-quarter earnings release. 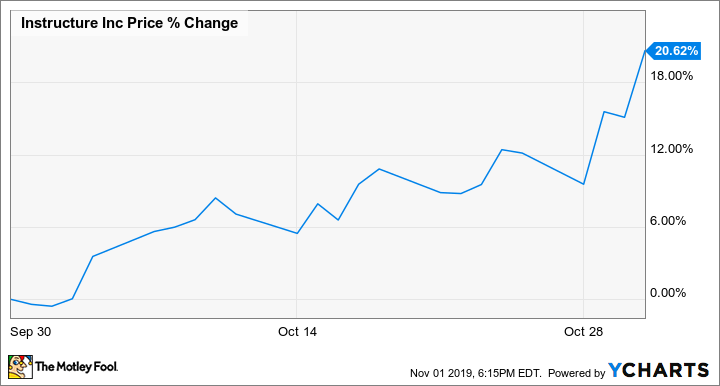 Instructure published third-quarter earnings on Oct. 28, recording sales and earnings that topped the market's expectations. The company recorded a non-GAAP (adjusted) loss per share of $0.11 on revenue of $68.34 million, while the average analyst estimate projected a loss per share of $0.19 on sales of $68.08 million. 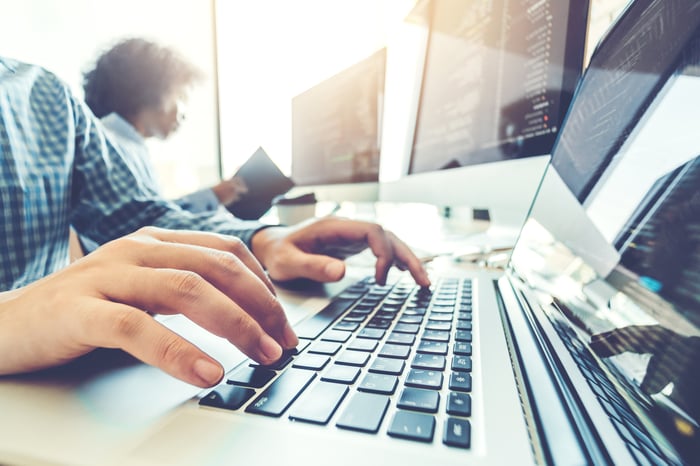 Instructure's adjusted operating loss narrowed from $5.67 million in the third quarter of 2018 to roughly $3.68 million in this year's quarter, and revenue climbed 24% year over year. Despite pairing its third-quarter release with a lowered full-year sales target, the company narrowed its projected loss on the year, and the earnings beat combined with projections for less-than-expected red ink helped the stock post double-digit gains last month.