Shares of Dean Foods Company (NYSE:DF), a leading food and beverage company with a long list of brands such as Land O Lakes, Berkeley Farms, and Country Fresh, are plunging 24% lower as of 2:53 p.m. EST, after the company reported a much steeper third-quarter loss than anticipated.

Revenue totaled $1.89 billion during the third quarter, down from the prior year's $1.94 billion but still ahead of analysts' estimates calling for $1.84 billion. It was the bottom line that sent some investors panicking. Adjusted loss per share checked in at $0.28, much worse than the $0.06-per-share loss anticipated by analysts, and a far cry from the prior year's earnings of $0.20 per share. 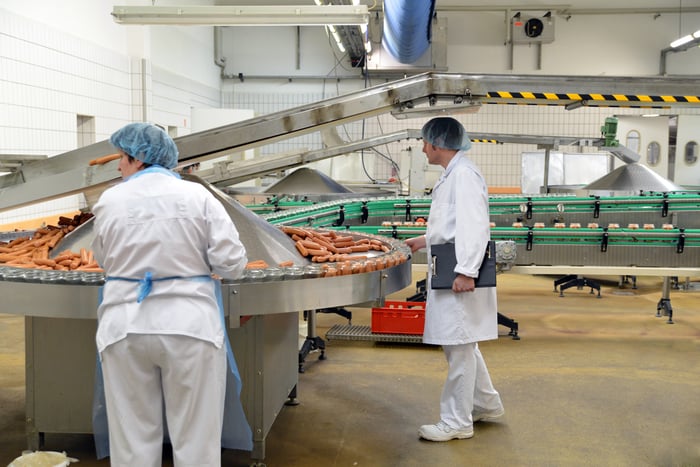 The driving force behind the worse-than-expected loss was an unusual level of activity as the company shuttered seven manufacturing plants and redistributed that volume into 23 other locations within six weeks. That compact timeline forced higher-than-anticipated expenses and costs. CEO Ralph Scozzafava had this to say on the manufacturing closes: "This work contributed to a very challenging quarter as these closures were complicated and we made it our top mission to prioritize service to our customers, above all else." 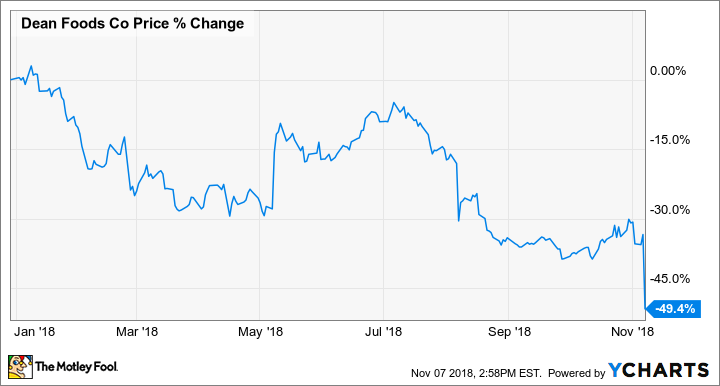 The rough third quarter also forced management to reduce its full-year guidance to an adjusted net loss of between $0.10 and $0.30 per share, and cash flow down to between $30 million and $50 million.

It's been a rough year as investors watched Dean Foods shed nearly half its value, but there is a silver lining in the company's weak third quarter: Tough moves have been made, and are mostly behind the company. The plant closings were important, to reduce the company's fixed cost base and remove excess capacity. The moves will indeed make the business leaner, and better prepared to improve financial results in 2019.